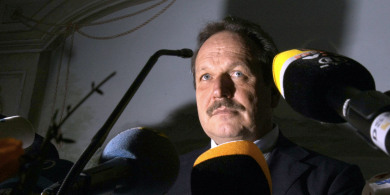 Trade union Verdi plans to have a strike vote on April 2 if the employers don’t improve their offer over the weekend. Verdi leader Frank Bsirske said the mediators offers were “not acceptable” and nationwide strikes could begin on April 12.

The Federation of Municipal Employers’ Associations (VKA) said unions had refused the latest proposal by arbitrators to raise wages by 8 percent, because it was coupled with a longer work week for staff in the west of the country.

“The union officials are for ideological reasons putting the question of working hours ahead of putting money in the pockets of workers on,”VKA chief Manfred Hoffmann said in a statement.

Arbitration began on March 16 after wage talks between the union and employers failed earlier in the month. Mediators Lothar Späth, the former premier of the state of Baden-Württemberg, and Herbert Schmalstieg, the former mayor of Hanover, have been unable to reach an amicable compromise with the unions, which represent 1.3 million public sector workers.

The arbitrators matched union wage demands of an 8 percent pay hike to offset higher food and fuel costs. But they linked it to an increase of working hours for staff in the west of the country to 39.5 hours. Most workers in the eastern states currently work about 40 hours per week.

“We tried to bring the situation back from the brink,” mediator Späth said. But talks failed over “the question of working hours and and financial demands,” he continued, pleading with union leaders to reconsider their position.

Interior Minister Wolfgang Schäuble also urged the union to reconsider. “The rejection of the arbitration talks is incomprehensible and regrettable,” he said. He also said the arbitrators’ proposal represented “significant concessions” by employers that would cost federal employers alone about €1 billion.

Germany’s unions have grown increasingly militant in the last year as workers demand their share of the fruits of an economic upturn. Verdi says wages for public sector workers have risen more slowly than salaries in private industry. Employers argue that cities and towns are burdened with higher wage costs than private sector businesses.