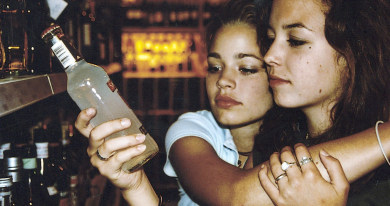 According to a new study beer drinkers in the 9th and 10th grades rose 11 percent from 2003 levels to reach 67 percent of all kids in that age group in 2007.

The consumption of hard alcohol, which is illegal at this age in Germany, rose from 53 to 57 percent in the same three years.

“These figures underscores a deficit in the protection of minors,” Bätzing said, adding that Germany urgently needs an effective system for controlling the sale of alcohol at retail stores and gas stations.

Current measures aren’t working, she said. A fact which highlights another statistic from the study – some 19 percent of students admitted to buying hard alcohol in the last 30 days.

The study also shows that among the problems that arise from alcohol abuse, violence plays a significant role. Some 21 percent of the study participants said they had engaged in a violent altercation after drinking.

Alcohol also influenced 8.4 percent of students to engage in sexual activity without using a condom.

The European School Survey Project on Alcohol and Other Drugs (ESPAD) included about 12,500 students in 9th and 10th grades from the German states of Bavaria, Berlin, Brandenburg, Hesse, Thuringia, Mecklenbburg-Vorpommern, and Saarland. This is Germany’s second time participating in the study.

Bätzing said German federal and state governments are working to fight tobacco and cannabis consumption. The number of student smokers dropped 10 percent between 2003 and 2007 to 37 percent. Students who admitted to using cannabis in the last 30 days dropped form 14 to 8 percent.