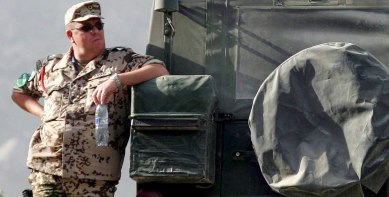 German military commissioner Reinhold Robbe, who delivered the report to German parliamentarians on Tuesday, blamed excessive bureaucracy for reducing the time soldiers have to exercise.

Robbe’s biggest concern is the low fitness levels of soldiers. “To put it simply, the soldiers are too fat, don’t exercise enough and don’t watch what they eat,” his report states.