In our weekly roundup we look at language requirements for citizenship, Chinese cuisine in Germany and how to get good luck.

How well do you have to speak German to get citizenship?

With Germany set to reduce some of the hurdles for applying to get German citizenship this year, like allowing dual citizenship, many foreign residents will be considering whether they want to apply. So they’ll no doubt be thinking about the language requirements needed. Although the plans for the new citizenship law haven’t been finalised, we’ve been writing about what level of German people will likely need. And a lot of it depends on people’s personal situation and the route they plan to take.

Although some of the proposed measures could change as the law takes shape, at the moment it’s planned that there will be three main routes to German citizenship in future with different language requirements - the standard route, fast-track and one for older people.

In general, people applying the standard way (after five years residence in future) will need to pass a B1 level German language test. For fast-track, the plan is to allow people who have C1 level German to get citizenship after just three years. And then there’s a plan to offer a special route for those over 67, which is aimed at honouring the guest worker generation, the first of which began arriving in Germany in the early 1960s from Turkey in particular.

Under the plans, people from this group who have legally lived in Germany for at least five years will be able to get citizenship by demonstrating that they are able to communicate orally in German, which implies they won’t have to pass the full B1 language test. However, a lot remains up in the air at the moment. We’ll keep reporting on this important issue.

If ever there was a tweet that summed up the lovable chaos of Berlin’s Neukölln district, this is it.

Photo of the week 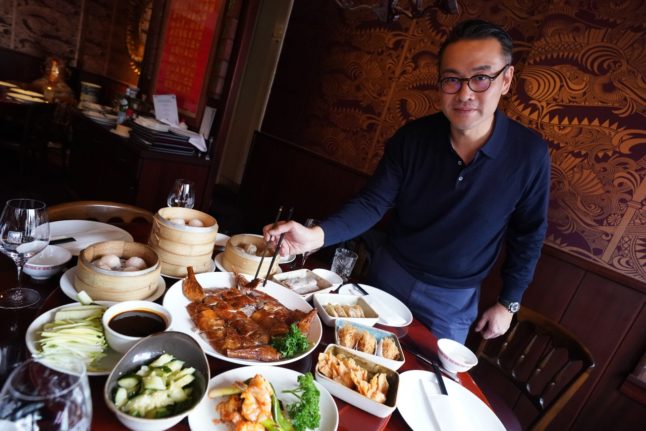 Is this photo making you hungry? Here’s Dennis Kwong serving up some delicious Chinese specialities at his restaurant, Dim Sum Haus, which is the oldest Chinese restaurant in Hamburg, dating back to 1964. It’s a special anniversary year for this community and cuisine - the first Chinese restaurant in Germany is said to have opened 100 years ago in 1923, in Berlin’s Kantstraße. And according to a YouGov survey, Germans are huge fans. Chinese food is the third favourite cuisine of choice for Germans after Italian and Greek.

In many western European countries, it’s common to cross your fingers for luck - but in Germany you may well have seen people doing something a bit different. Here, if you’re hoping for something to go well in the future, you would say, “Ich drücke die Daumen” and do exactly that: press your thumbs. But why is that?

Apparently the gesture dates way back to Ancient Roman times. If a gladiator was losing in combat, the audience would vote on whether he should be put to death or allowed to live with a simple hand gesture: thumbs up meant death by sword, while a pressed thumb meant he could return home (relatively) unscathed. It seems “pressing the thumbs” was even used as an expression meaning “I wish you luck” around two millennia ago.

The question is: why are thumbs up still seen as a good thing? Well, some think it’s a misrepresentation of the same situation, where thumbs up meant mercy and thumbs down meant a sticky end. We may never know the full truth, but it’s incredible to think that these simple thumb-gestures have stayed with us from Ancient Rome into the present day.