How long do you have to work to receive a German pension?

Pensions are a confusing topic and it can be hard to know if you've fulfilled all the requirements to get one - especially in a foreign country. Here's how long you need to pay into the pot in Germany to get some extra security in your old age.

How does the German pension system work?

Germany's pensions system is fairly complex, but it's essentially based on three pillars: the state pension, the occupational pension and the private pension.

For simplicity, we're just going to be talking about the first one today, since that's the one that applies to everyone.

Over the course of their working life, employees pay 18.6 percent of their monthly salary into the pension pot. This obligatory contribution is split between you and your employer, meaning you'll only see 9.8 percent of your salary leaving your pocket.

The situation is slightly more complicated for freelancers. In most cases, self-employed people can opt to pay into the pension fund voluntarily but will have to cover the full 18.6 percent contribution themselves - unless they pay into the Künstlersozialkasse, a special social fund for artists and other creative professionals.

READ ALSO: When are people in Germany retiring?

The amount of pension you receive later generally depends on a few factors: how high your salary is, what age you enter retirement at and how long you've paid into the pension fund.

Since 2004, the minimum pension you can receive is set at 43 percent of your last salary. For that reason, many people need to top up their state pension with occupational or private pensions, or by putting aside some savings. 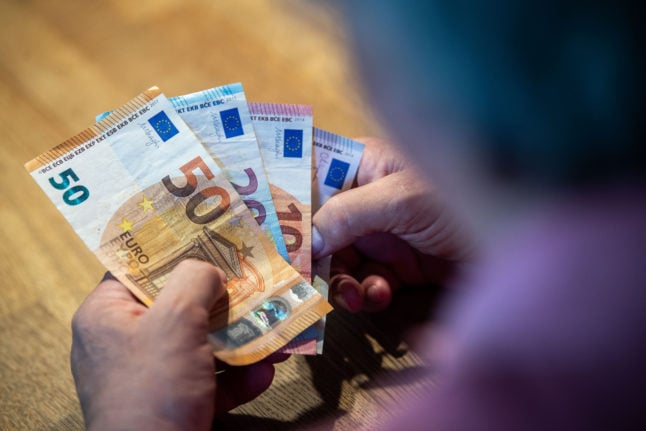 Is there a minimum period of time I have to pay in?

Yes - or, more accurately said, there are several. Here are the main ones you need to know:

Five years is the "general waiting time" to be eligible for a pension, meaning you'll need to have accrued at least five years of contributions by the time you reach retirement age. This is also the amount of contributions you need to claim a death-related pension, such as a widower's pension or to claim a special pension for people who were unable to work or whose earning potential was reduced for long periods of time.

Twenty years is the minimum amount of time you'll need to have paid in if you want to claim a pension for people with drastically reduced earning potential. This only applies to you if you had fewer than five years of employee contributions before, for example, becoming severely ill and being prevented from working.

After 35 years, you'll be eligible for what's known as a "long-term insured person's pension", which means you can opt to retire slightly earlier than the official retirement age. This is also the time you'll need to have paid for to get what's known as the "Grundrente" - a top-up system for low pensions - and to access the state pension for the severely disabled.

After 45 years, you can get what's known as an "especially long-term insured person's pension", which also allows you to retire slightly earlier. There is, however, a downside to doing so, which we'll go into later.

READ ALSO: Why 2023 is a critical year for Germany’s retirement system

What about periods of unemployment?

This all depends on what you did when you were unemployed - and the reasons for being unemployed. In almost all cases, periods of education or study, periods of illness and time taken off to rear children will all be counted towards your total. For people who lived in the DDR, periods of unemployment due to political persecution are also counted.

Some experts recommend getting a mini job while on Arbeitslosengeld I, since this won't affect your allowance but will count as a period of insurance and can be added to your total.

At the moment Germany's official retirement age is 65, but this is set to be raised in stages over the coming years so that, by 2031, a retirement age of 67 will apply.

In their coalition agreement, the traffic-light coalition of the Social Democrats (SPD), Greens and Free Democrats (FDP) promised not to raise the retirement age any further - though demographic issues may make this promise hard to keep. 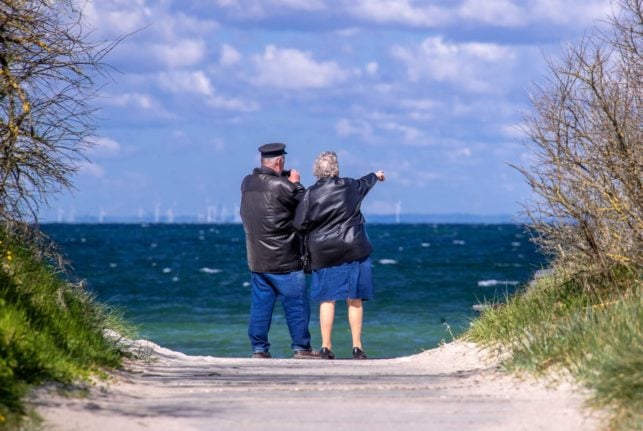 That's because a huge number of people from the baby boomer generation are currently entering retirement, meaning both fewer people paying into the pot and more people taking out. This has meant that the pension funds are growing more slowly than the number of retirees and has sparked a heated debate about whether Germany's current system is sustainable.

Though some economists and high-profile figures from the Employers' Association suggest hiking the retirement age further, the government has so far rejected this proposal - but Chancellor Olaf Scholz (SPD) said in December that he wanted to encourage people to work longer rather than taking early retirement.

READ ALSO: Will Germany raise the pension age to tackle its worker shortage?

How do you take early retirement?

If you don't mind facing Scholz's disapproval, you can take earlier retirement provided you've paid into the pot for either 35 or 45 years. However, the downside to this is that the amount of pension you receive will go down.

Generally, your pension will be cut by 0.3 percent per month or 3.6 percent for each additional year, up to a maximum of 14.4 percent.

The good news for workaholics, on the other hands, is that the same applies the other way around: the later you go into retirement, the more money you receive when you finally do take a well-earned break.