Are workers in Germany set for a pay rise this year?

The cost of living has been rising rapidly over the past year and unions in Germany are demanding an equivalent increase in wages. Could 2023 be the year German workers get a steep pay rise?

Many people in Germany have been struggling to cope with the rising cost of living in recent months, with everything from petrol to groceries going up in price.

But there could be a silver lining on the horizon as experts are predicting that wages could also go up sharply this year.

According to a report released by the European Central Bank (ECB) on Monday, the eurozone will experience "very strong" growth in wages in the next months as salaries catch up with galloping inflation.

"Wage growth over the next few quarters is expected to be very strong compared with historical patterns", the ECB wrote in its monthly bulletin.

The authors forecasted "some catch-up between wages and high rates of inflation" experienced since 2021, in the wake of the Covid-19 pandemic.

But isn't inflation going down slightly?

In December, inflation in the eurozone dipped under the symbolic figure of 10 percent, after 18 months of uninterrupted increases.

In addition, the ECB's report explained that "real wages are substantially lower than before the pandemic" in 2019 because inflation has eroded consumption power, with the annual wage growth rate for the second quarter of 2022 in the eurozone at -5.2 percent.

In the third quarter of 2022, German workers received an average pay rise of 2.3 percent against the previous year, but with the cost of living 8.3 percent higher, this equated to a real-terms pay cut of 5.7 percent.

The services sector, which is experiencing "serious labour shortages" has bucked this trend, with pay "above their pre-pandemic levels".

Why could wages go up this year?

With inflation soaring, trade unions across the Eurozone are expected to push for salary increases "especially in sectors with lower wages".

In Germany, the Verdi trade union has demanded a 15 percent increase in wages for the approximately 160,000 employees of the mail giant Deutsche Post, and 10.5 percent for the 2.5 million federal, state and municipal employees.

There have been big wins for other unions in recent months, with the steelworkers union IG Metall agreeing a 6.5 percent pay hike last June. 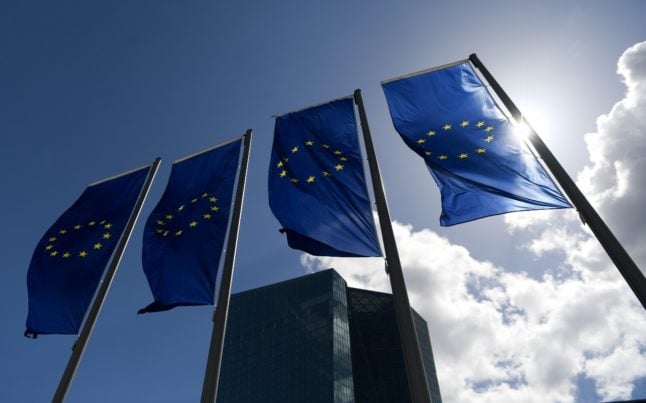 READ ALSO: 7 reasons to be optimistic about life in Germany in 2023

Some economists fear that hiking wages when inflation is high can drive prices up even more as businesses try to offset the additional costs.

In the longer term, the ECB thinks wage growth is likely to face further barriers, namely "the expected economic slowdown in the euro area and uncertainty about the economic outlook" due in part to the ongoing war in Ukraine.

What is the government doing to help with inflation?

This includes an increase in the tax-free allowance and automatic expense deductions, a higher home office allowance for employees, and the ability to write off pension contributions as a business expense.

READ ALSO: Everything that changes in Germany in 2023

#Working in Germany #Cost of living