EXPLAINED: The new international train routes you can take from Germany this year

From new sleeper trains leaving Berlin, Munich, and Stuttgart and more capacity on the Berlin-Warsaw route – here are the critical international train updates in Germany in 2023.

As new night train services kick off, Deutsche Bahn is also expanding its offerings following a big injection of investment cash from the federal government. That means train travellers from Germany are about to get a lot more choice, especially in the south of the country and from Berlin. Some of the highlights include:

The southwestern German city has become a sort of hub now for accessing Germany’s Mediterranean neighbours. New daily services with sleeper cars can now carry travellers comfortably from Baden-Württemberg’s capital to destinations all around the Adriatic Sea.

The first big change involves a Nightjet service starting out in Stuttgart and passing through Göppingen, Ulm, and Augsburg before cruising on to Udine, Treviso and finally ending up in Venice in the morning.

Another service – EuroNight – is also now departing from Stuttgart, again with pickups in Göppingen, Ulm, and Augsburg. You can then sleep your way in either a full sleeper or couchette car all the way to Vienna, Budapest, Villach, Ljubljana, Zagreb or Rijeka. The Rijeka service though, is seasonal. It operates at Christmas, Easter, and then between May and October. 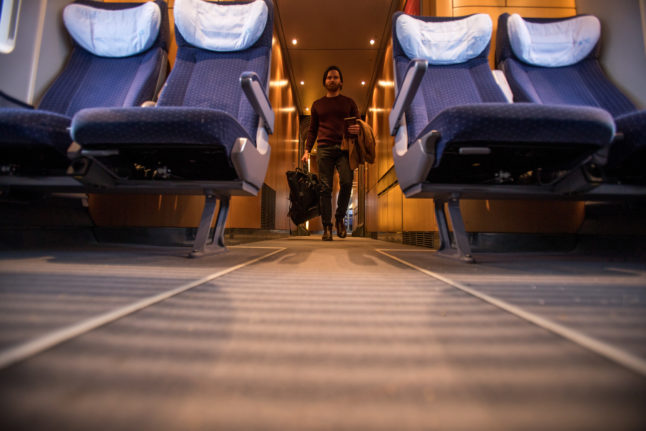 Munich through Austria and Italy by night

The Bavarian capital too, has got a host of new Nightjet options for destinations you can reach by sleeper car. Passing through both Salzburg and Vienna, Munich passengers can now wake up in Genoa and a host of other Italian cities. A seasonal train, operating from June 10th until September 9th this year, will also take passengers from Munich to end at Ancona in Italy.

Leipzig to Basel and Zurich

The south of Germany isn’t the only place getting a new nightly option. EuroNight has also started running a night train with sleeper cars from Prague with a stop in Leipzig. From there, passengers can settle in for a night all the way to Basel and Zurich in Switzerland.

The German capital too, is getting new international train links.

First up, a new night train has started up between Prague and Zurich, with a stopover in Berlin. A new direct IC line is also now in place on Sundays from Rostock, through Berlin and Leipzig all the way to Vienna. The Berlin-Warsaw route is also getting more capacity, with an extra trip added per day.

European Sleeper, a train start-up, has announced a new overnight route operating three times a week between Berlin, Amsterdam, and Brussels. Starting in May, it will leave Brussels on Monday, Wednesday, and Friday evenings before stopping in Amsterdam and heading onto Berlin for morning. It will make the return trip from Berlin on Tuesdays, Thursdays, and Sundays – although European Sleeper says it wants to eventually make it a daily service. Towards the end of the year, the company hopes to expand the service to both Dresden and Prague.

READ ALSO: EXPLAINED: How travelling by train between Berlin and the UK will get easier in 2023

As of December 17th, French rail company SNCF is now operating a weekly service between Freiburg in Germany’s far southwest and the western French wine region of Bordeaux.

Alex 2023/01/03 18:27
Always good to read of better inter European city links by rail, but what I'm really waiting for is a direct connection by Die Bahn (or another operator) to London. It would transform being able to travel from the UK to Germany, rather than having to book and wait for time consuming connections in Brussels. Die Bahn had plans several years ago, and even did a triial run through the Eurotunnel, but then shelved them.