In our roundup of news in Munich, we look at how sub-zero temperatures are affecting public transport, delve into this week's most unusual arrest and offer a sneak-peak inside the city's first ever cashier-less supermarket. 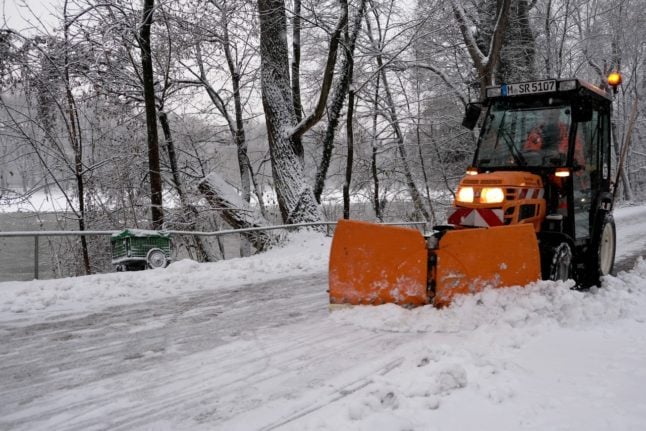 Temperatures have taken a nosedive over the past week or so, bringing snow and permafrost to Munich's streets. The slippery ice has been causing major headaches for both pedestrians and commuters, with around 1,000 workers sent out to grit the streets for cars and cyclists.

Drivers taking the Autobahn 9 near Munich faced delays due to accidents and collisions on the icy roads, though police said nobody was seriously injured.

There were also huge delays on public transport on Wednesday, with Deutsche Bahn temporarily suspending regional traffic between Munich and Buchloe due to the weather. Several regional trains of the railroad company Go-Ahead came to a halt, with some being forced to stop in the middle of a journey due to safety concerns.

Meanwhile, flights at Munich Airport were grounded or diverted throughout the day.

A spokesperson for the airport told DPA that around 150 flights had been cancelled entirely, while 26 had been diverted to places like Stuttgart and Vienna. By the afternoon, some landings were initially possible again but flights couldn't take off from the airport because freezing rain meant the runways couldn't be de-iced. By the evening, however, both runways were reopened.

The sun looks set to make a welcome appearance over the weekend, but there'll be a definitely nip in the air as temperatures remain well below freezing, with highs of -4C and lows of -9C. So be sure to wrap up warm if you're out and about over the coming days - and make sure you drive carefully.

Bavaria's interior minister has expressed his support for increased gun controls following raids on a far-right terrorist cell who are believed to have wanted to overthrow the government.

Members of the so-called 'Reichsbürger' movement are dispersed throughout Germany, but high-profile incidents involving the group have often taken place in Bavaria. Back in 2016, a police officer was fatally shot by a member of the movement when he attempted to confiscate the man's weapons.

Bavarian security authorities took away 911 firearms from the extremist group between 2016 and mid-2022, in many cases by revoking licenses for previously 'legal' weapons. But jnterior minister Joachim Herrmann (CSU) said controls needed to be stepped in order to "deal with the issue" of potential terrorists having access to guns.

"The vast majority of shooters and hunters are not a problem," Hermann said, adding that authorities should be selective about the checks they carry out on gun users to make sure the right people were targeted.

READ ALSO: Who was involved in the alleged plot to 'overthrow German democracy'? 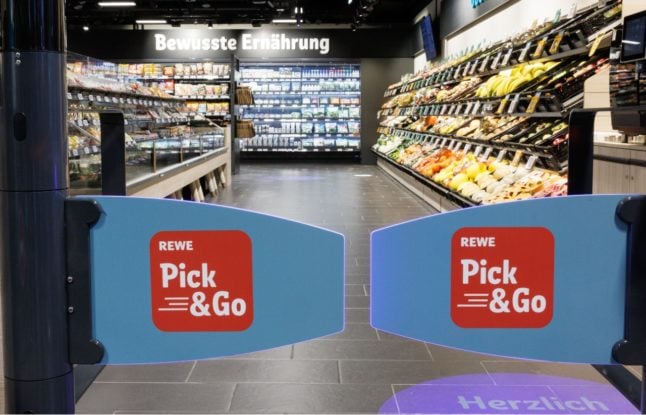 In any normal supermarket, grabbing goods off the shelves and simply walking out will get you rugby-tackled by a security guard. But in Munich's first ever 'Pick & Go' store, that's exactly what you're supposed to do.

On Thursday, chain supermarket REWE launched a trial of the new fully automated store, which - as the name suggests - lets customers skip the checkout entirely. To test it out, all you need is a smartphone and the "Pick & Go" app.

After entering the store, customers scan a barcode on the app to enter through the barriers. The some 290 square metres of retail space is mapped using computer vision technology, which tracks the movements of customers and registers which items are taken from the shelves. That means that people can grab the items they want to purchase and head for the doors without ever having to reach for their wallets. Instead, a receipt is automatically generated in the app and a payment is deducted from the credit or debit card linked to it.

If there are errors, there are apparently plenty of staff in the supermarket to help solve the issue: REWE says it employs just as many people as in any normal store, but they're simply busy restocking rather than manning the checkouts.

Testing out the new concept, Bavaria's vice premier Hubert Aiwanger (Free Voters) said he saw huge potential for similar automated stores in the future. "If the concept catches on, queues at the checkouts could soon be a thing of the past," he said while shopping.

Whether that happens remains to be seen: just like similar stores in Berlin and Cologne, the Pick & Go at Karlsplatz is only being trialled by REWE for now. But if it's a success, it won't be the only cashier-less store in Munich for long.

Tourists are far from rare in the centre of Munich, but they don't often come with wings and feathers - so anyone out and about on Wednesday would have been forgiven for doing a double take.

According to local news reports, a Slovenian tourist turned heads near Marienplatz this week when he went on a sightseeing walking tour with a giant Rhea. People stopped to take photos and videos of the humungous bird, who was contentedly walking around the pedestrian zone with her human companion.

However, the bird was later apprehended and taken into police custody, which officials said was "for her own safety". Apparently the bird had been travelling Europe in a camper van with tourist Janez Cetin from Slovenia. Authorities said the European winter climate was possibly unhealthy for the bird, whose breed is normally found in South America - though Cetin says the fact that they live at high altitudes means that they are well equipped for the cold.

According to the latest reports, the feathered explorer has since been taken into care at an animal home. It's unclear when or if it will be released.