The gas and electricity price caps are coming, and the government wants to pay people's energy bills in December - but will that be enough to stop people falling into hardship? Germany's Economics Ministry thinks it won't be and has drafted plans for a new hardship fund. Here's what you need to know.

When Germany's traffic light coalition parties - the SPD, Greens and FDP - took office last December, they had no idea that they would be facing an energy crisis on such a major scale.

But with Russia's invasion of Ukraine sending the gas market into turmoil, the coalition's big plans have been put on the backburner as they work out how best to support people with rising costs.

Under the latest set of energy relief measures put forward by the Gas Price Commission, the government will shoulder the cost of people's energy bills this December. It also plans to introduce a cap on both electricity and gas prices, which will come into force next March and be backdated to January.

This multi-billion relief package is likely to soften the blow for many households, but according to a new government document obtained by Bild, ministers are concerned that it won't be enough to stop many people - and businesses - falling into financial hardship.

To ensure this doesn't happen, federal and state economists ministers want to set aside billions more for additional aid.

Here's who can get hold of the extra cash - and how.

People who rent an apartment in Germany and home owners who live in their properties can access additional help from the state if they can prove they're over-burdened by their heating and energy costs.

More specifically, people claiming unemployment benefits such as Bürgergeld can get some extra cash from the Jobcenter after their bills are calculated by the landlord. If they're facing a hefty back-payment, or Nachzahlung, they can get up to three months of Bürgergeld retroactively to help cover the costs.

According to the government's calculations, this emergency buffer is set to cost around €500 million. Claims for additional support will be handled by the job centres or social offices.

Small business owners have been among the hardest hit by the energy crisis - but luckily help may be on its way.

Large landlords could also be in line for some additional government aid under the ministers' plans. Due to the way the current rental system works, many are paying high bills for heating and energy that they're not yet able to recoup from tenants in the end-of-year bill. 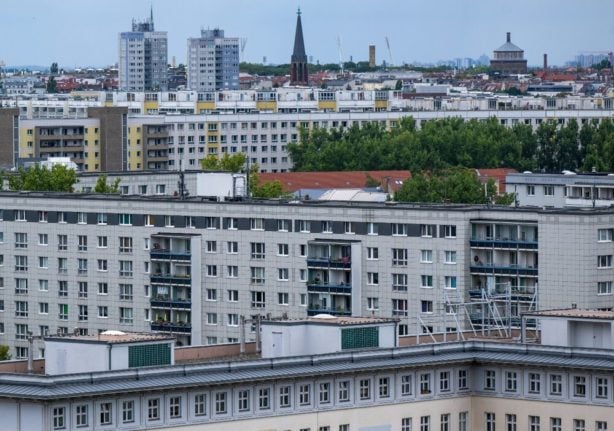 Care facilities and clinics face exorbitant energy bills - even in ordinary times - so this group of institutions will also be given financial aid, the draft said.

In addition, cultural sites and facilities like museums and art galleries will get subsidies intended to flatten out the rise in energy costs. In most cases, the energy price cap only applies to 80 percent of a business' ordinary consumption, but this limit will be dispensed with for cultural institutions.