How electricity prices are rising across Germany

As the year draws to an end, price comparison portals have observed huge spikes in electricity costs across Germany - though the scale of the price hikes vary across different regions.

According to analysis carried out by comparison portal Check24, there were at least 580 cases of price increases in the basic electricity supply at the beginning of the year, with around 7.3 million households affected.

Electricity costs increased by an average of 60 percent, the analysis found, though in some cases were much higher. In the case of the Cologne-based supplier Rheinenergie, a kilowatt hour of electricity has gone up to 55 cents - 130 percent higher than the previous price.

Comparison portal Verifox, which conducted its own analysis, found that prices were rising by an average of 54 percent across the board.

"The new year is beginning with a massive wave of price increases for electricity," said Verifox energy expert Thorsten Storck.

Analysts also noted strong regional differences in the scale of the price increases, with Munich and Cologne topping the list for the most expensive electricity.

In Munich, a kilowatt hour of energy will cost 61.9 cents from January, compared to 55 cents in Cologne.

Meanwhile, MVV Energie in Mannheim, Baden-Württemberg, will charge almost 45 cents per kWh for its basic supply from January onwards - instead of the previous 27 cents. The East German energy supplier EnviaM, based in Chemnitz, will charge 48.1 cents in the future - 20.1 cents more than before.

In Potsdam in Brandenburg, the region supplier is raising its electricity prices by around 21 percent to 46.5 cents per kilowatt hour.

Why are the prices so high?

In a statement explaining the imminent jump in prices, Rheinenergie pointed to the huge increase in their procurement costs and other overheads.

"Compared to the previous year, prices on the electricity exchanges have risen by more than 300 percent," they explained. "At their peak they had increased more than tenfold. In addition, the grid fees are also rising."

The extreme spike on the markets is yet another consequence of Russia's invasion of Ukraine, which has sent the price of natural gas soaring. 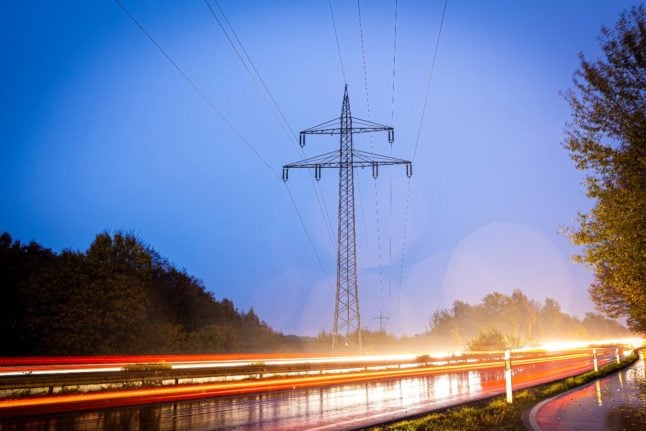 Though gas isn't the only component involved in producing electricity - much cheaper renewables also account for a decent portion of Germany's supply - it does have a significant impact on prices. That's because of something known the "merit order," in which the most expensive gas-fired plant used to produce electricity is decisive in setting the cost.

What can customers do?

How to handle the latest wave of price increases may in part depend on who your current supplier is.

According to Udo Sieverding, an energy expert at the North Rhine-Westphalia consumer advice centre, people using a private supplier should consider whether it would make more sense to fall back on the so-called "basic supply."

"Customers outside the basic supply should even consider making use of the special right of termination in case of price increases and let themselves fall into the basic supply," he said.

The basic supply - or Grundversorgung - is generally provided to people who don't set up their own electricity or energy contract with another supplier. Prices are set on a regional level and used to be considered expensive, but in recent months they have generally slipped below the rates offered by private companies.

For people already using the basic supply, the situation is a bit trickier.

"The electricity price increases at the turn of the year are in part drastic," said Sieverding. "Unfortunately, the new customer tariffs via the intermediary portals are even higher, which means that a change of supplier won't lead to savings in most tariff areas."

That means it could make sense to sit tight for now and accept the higher prices, but keep an eye on any deals that could be offered in the coming months.

READ ALSO: EXPLAINED: How to save money on your German electricity bill

Will electricity stay this expensive in the future?

Energy prices were rising dramatically even before Russia's war on Ukraine - in part due to pandemic supply issues - and experts don't think they're set to drop anytime soon.

According to analysis by Check24, a sample household with an annual consumption of 5000 kWh paid an average of 29.4 cents per kWh in November 2020. One year later, it was 31.6 cents. Currently, the average is 42.7 cents. 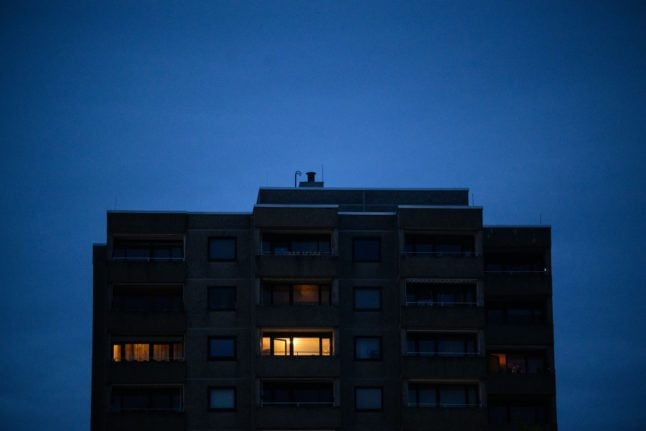 A few apartments are lit up in a tower block in Lower Saxony. Photo: picture alliance/dpa | Julian Stratenschulte

Although wholesale electricity prices could fall again significantly in the future, as a result of a prospective drop in gas prices and the increased expansion of renewable energies - the noticeably larger share of the end customer price would be accounted for by levies, surcharges, fees, and taxes, Schlossarczyk said.

"We will not see a return to 32 cents (the pre-war price) in the coming years simply because of the comparatively high wholesale electricity price level and the already announced increases in grid fees," he added.

But isn't there supposed to be a price cap coming?

That's right: from March 2023, the government plans to introduce a cap on electricity prices that will apply retrospectively from January.

However, this still won't take electricity bills back to pre-war levels. Instead, 80 percent of a household's normal electricity consumption will be capped at a price of 40 cents per kilowatt hour, while any excess over this will be billed at ordinary market prices.

That is likely to mean that households that don't reduce their consumption by at least 20 percent still face much higher bills, and even those that do will pay an average of eight cents more for a kilowatt hour of electricity than they were in 2021.