Seven unmissable Christmas markets that open this week in Germany

Following two winters of fully or partially closed Christmas markets, Germany’s famous 'Weihnachtsmärkte' are opening their doors again - and are mostly free of restrictions. Here are seven you won't want to miss.

While some are limiting their opening hours in order to save on electricity costs, it’s again possible to gather in a group with a steaming glass of Glühwein, or sift through the many stands selling homemade goods and sweets, be it Lebkuchen (gingerbread) or gebrannte Mandeln (roasted almonds, usually laced with cinnamon and sugar).

While some Christmas markets have become more commercial in recent years (we don’t recommend to head to Berlin’s Potsdamer Platz as your only Weihnachtsmarkt stop), there are still many that retain a traditional character, serving up local specialties in a gemütlich (cozy) atmosphere.

Here are seven of our top recommendations of top markets starting the week of November 21st.

No Christmas Market list would be complete without the Streizelmarkt - Germany’s oldest Christmas market in the “Florence on the Elbe”.

This market, situated in Dresden’s charming city centre, first took place in 1434, and since then it has acquired quite a reputation. The ancient festival is home to the tallest Christmas pyramid in the world, as well as its largest nutcracker.

Amongst the dozens of traditional stands, visitors to this market must also indulge themselves with a Dresdner Christstollen: the famous fruit loaf that is baked according to a traditional recipe with chopped dried and candied fruits, nuts and spices and dusted with powdered sugar.

Recently crowned Germany’s ‘most dynamic city’, Mainz also boasts a fascinating history stretching back over a thousand years. It is also known for one of Germany’s most charming old towns, making it the perfect setting for this market.

The Medieval Market and Christmas Market in Esslingen in Baden-Württemberg, with its backdrop of medieval half-timbered houses, offers visitors a trip back in time, with traders and artisans showing off their goods from times gone by. 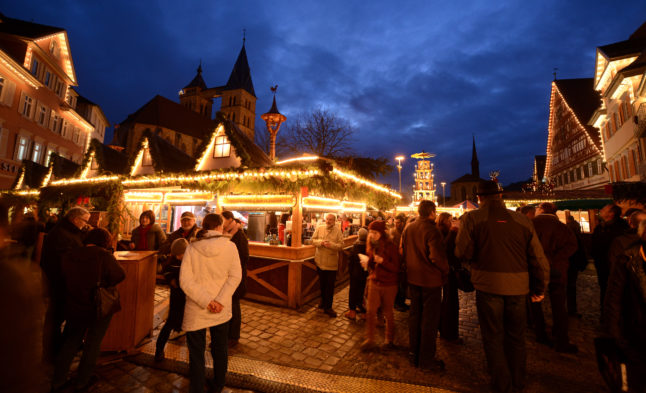 As well as a wide variety of stands selling handcrafted nicknacks and tasty treats, the Augsburg market also has some especially magical features, including the “Heavenly Post Office,” and “Fairytale Lane”: an animated fairytale depicted in ten scenes in decorated shop windows around the marketplace.

Centred around the gothic, middle-aged church of St. Jacob, this market in the so-called “Christmas city of the north” celebrates the city’s historical sea-faring residents by creating a cosy harbour atmosphere with old wooden barrels, nets and a stranded shipwreck as well as a Ferris wheel with an unforgettable view of Lübeck's old town and harbour.

It may come as a surprise to some that this Christmas market in the lesser known eastern German state of Thuringia consistently tops lists of the country’s (and even Europe’s) best Christmas markets.

The enchanting Erfurter Weihnachtsmarkt encompasses over 200 stands, many of which sell local culinary specialties such as the Thüringer Bratwurst. There’s also a particularly large selection of arts and crafts, be it pottery or folk art from the nearby Ore Mountains. Kids will especially enjoy riding on the glowing Ferris wheel with its panoramic views of the Medieval Old Town. 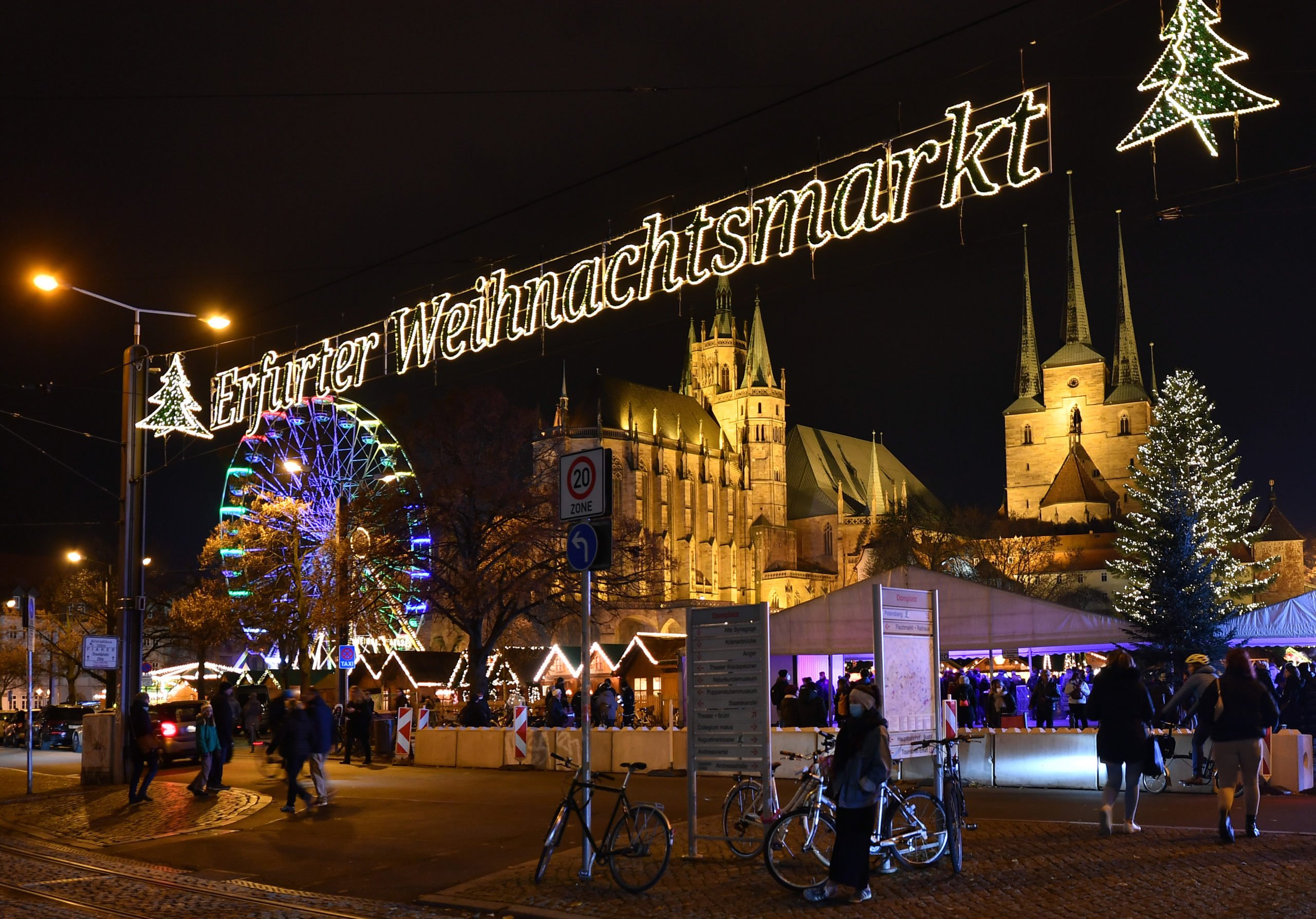 One of the oldest and most famous Christmas markets in the world, this market is practically synonymous with the Christmas season in Germany. Numerous stands sell local woodcrafts as well as the two sweets the city is known for: Lebkuchen gingerbread and Spekulatius almond cookies, in addition to many other delicacies. There’s also a special market for children, which includes a carousel and steam train.

If you make it for the opening day, you can see the market’s namesake Christkind give an opening speech and gift-giving ceremony.