Frankfurt's not just a bustling international city - it's also a great location from which to explore Europe. Here's our guide to the best cities you can visit in under five hours simply by hopping on a train from Germany's banking capital.

With nine diverse nations sharing a border with Germany, it's not hard to get out and explore new parts of Europe - even if it's just for a couple of days. And there's no better way to do this than by taking advantage of the fast and extensive train network in and around the country.

Though train fares may not be quite as a cheap as a budget airline ticket, opting for train travel is generally a quicker and much more pleasant way to travel.

For one, you can avoid the luggage chaos and endless queues that have been plaguing Europe's airports over the past few months.

Secondly, you can often get a much more comfy and spacious seat on a long-distance train, and even surf the internet and work on your journey (if the Wifi works). And, let's be honest, who doesn't enjoy whiling away an hour or so in the dining car, sipping coffee and watching the world go by?

If you're lucky enough to live in Frankfurt, you're in a prime location to access a number of Germany's neighbouring countries by train. From the central station, you can even reach some famous destinations in well under five hours, which is ideal for a short break or weekend away.

To help you plan your trip, we've picked five unmissable locations that are closer to Frankfurt than you may think. Here are some reasons to visit each of them, and how you can get there. 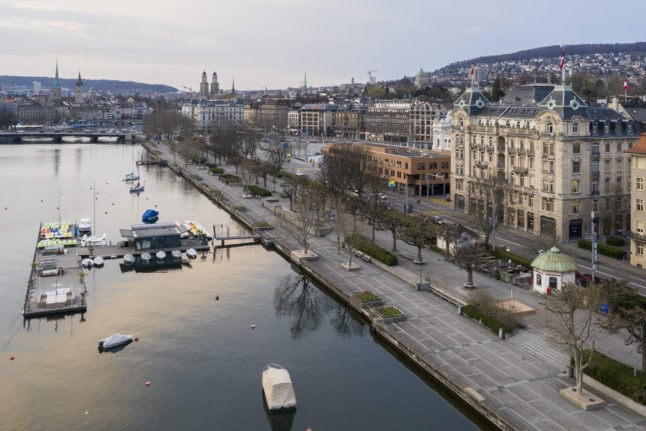 For residents of Frankfurt - the financial capital of Germany - visiting another big banking city may seem counter-intuitive. Nevertheless, there are plenty of reasons to plan a trip to Zurich beyond its business credentials.

Nestled above sweeping Lake Zurich, Switzerland's largest city has all the cultural attractions you'd expect from a major European hub. But with just over 400,000 residents, it also has something of a small-town feel.

For art fans, the Kunsthaus Zurich is well worth a visit, and anyone who wants to learn about Switzerland's fascinating history should also take a trip to the National Museum. Of course, no visit to Switzerland would be complete without chocolate, so be sure to stop by the magnificent Lindt Home of Chocolate, which houses the largest Lindt shop in the world.

If you go to Zurich in winter, there are also countless ski resorts nearby, making it the ideal place to spend a night or two before hitting the slopes.

You can get there in just under four hours on the IC73 or IC77, or by taking an ICE train to Basel and switching to an IC or ICE train in Switzerland. If you book well in advance, it's possible to get one-way tickets for around €20, while last-minute tickets are likely to cost around €40-60. 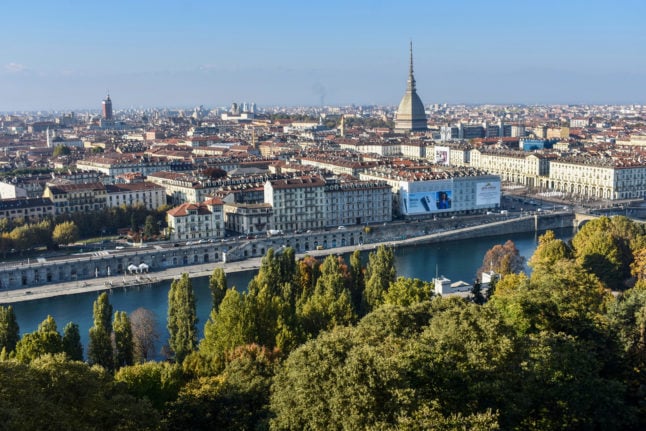 If you're looking for a romantic weekend away, there's no better destination than the so-called City of Love. With its famous chalkstone buildings, wrought-iron balcony and leafy boulevards, Paris exudes a romantic atmosphere that's a joy to soak up, even on a cold autumnal day.

No visit to the French capital would be complete without seeing famous sights like the Eiffel Tower and Notre Dame, but it's also worth rubbing shoulders with the local in its bustling bistros and candlelit wine bars.

Literary lovers should also stop by Shakespeare and Company: an iconic English-language bookshop located on the bohemian Left Bank. Alternatively, see some of the greatest artistic masterpieces in the world at the Louvre or Musée de l'Orangerie.

You can get from Frankfurt to Paris in just 3 hours and 45 minutes by taking a TGV train to Gare de L'Est, a train station in the east of Paris. You can find single tickets for around €45 if you book in advance, but €80 is more realistic for last-minute bookings. 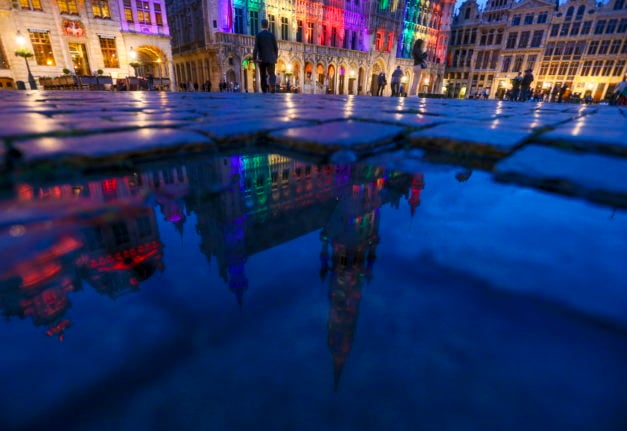 As the home of the European Parliament, Brussels needs no introduction - but there's much more to the capital of Belgium than EU politics.

If you pay a visit, be sure to spend some time on foot soaking up the stunning gothic architecture in the city, from the breathtaking Grand Place to the imposing Palace of Justice. If you've never been to Paris, you can also visit another famous church by the name of Notre Dame, which was built way back in the 15th century and extended with two new chapels in the 17th century.

For a more modern - and even futuristic - attraction, a visit to the Atomium is also a must. This mindboggling feat of architecture is by the far the most popular attraction in Belgium. Part building, part sculpture, the enormous structure is shaped like an iron unit cell, or nine iron atoms. Visitors can peruse exhibitions inside it, eat in the restaurant and take in the best views in the city.

Of course, a tour of the EU parliament should be on your to-do list, and don't forget to enjoy a tipple (or two) at the aptly-named Delirium Cafe, which has over 2,000 beers on the menu.

To reach Brussels from Frankfurt, you can hop on the direct IC14, which will take you to the Belgian capital in just three hours. Book several weeks in advance to snap up one-way tickets for around €20. Closer to your travel date, a single will set you back between €50 and €80 on average. 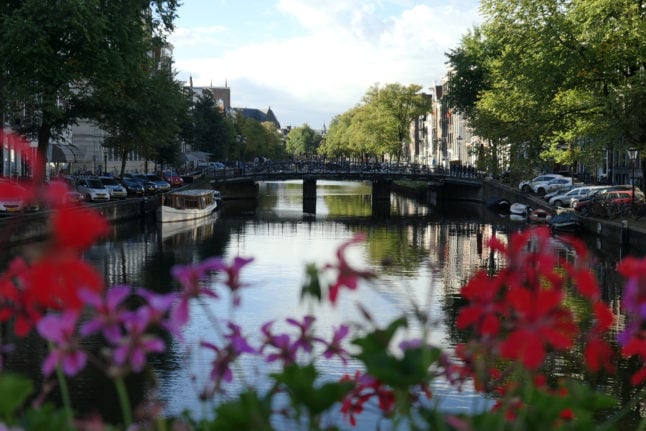 With its winding canal ways and buzzing nightlife, a weekend trip to Amsterdam should be on everyone's bucket list - and for people in Frankfurt, it takes less time than it would to get to Berlin.

When they think of the Dutch capital, foreigners often think of the city's famous "coffee shops" - special licensed cafes where weed is sold. But Amsterdam is much more than just a stoner's paradise: it's home to world-famous music venues, quirky breweries and even the largest flea market in Europe.

Anyone there for a couple of days would do well to hire a bicycle and head out to some of Amsterdam's must-see attractions, from the Van Gogh Museum to the Royal Palace. A boat tour along the city's UNESCO-protected canals is also a great way to explore the city: learning about Amsterdam's history while soaking up the lively atmosphere along the waterfront at sunset is a truly special experience. And if it's local art and trendy cafes you're looking for, head to the Bohemian district of Jordaan or Westergas, a former industrial complex that is now a thriving cultural hub.

To get from Frankfurt to Amsterdam, just hop on the direct ICE126, which will bring you door to door in just four hours. You can snap up one-way tickets for around €28 if you book at least a month in advance, while last-minute single tickets will be around €50-80. 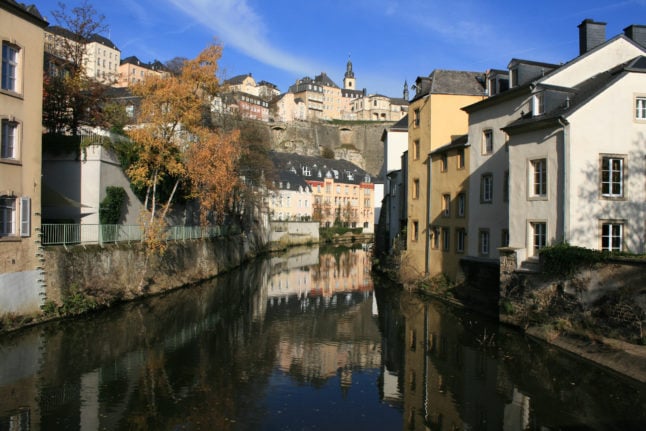 The capital of Luxembourg may be much smaller than other European capitals, but it more than makes up for it in history and charm.

This quaint medieval city is built along deep gorges and surrounded by rivers and hills, making it arguably one of the most picturesque cities in Europe. Public transport in Luxembourg is entirely free for both visitors and residents, but the size of the city means that it's perfectly possible to explore on foot.

While you're there, don't forgot to take an obligatory photo or ten while walking along the Chemin de la Corniche (or the path of Corniche), which has been described as Europe's most beautiful balcony. You can also learn all about Luxembourg's fascinating history and culture at one of the seven museums that make up the "Museums Mile", and peruse local shops and galleries at the historic Fëschmaart (or fish market).

Though it may have a distinctly small-town feel to it, Luxembourg is also a hugely international and cosmopolitan place, so you're sure to meet people from all over the world while enjoying some traditional Luxembourgish fare at a local bar or eatery. (In case you're wondering, it's kind of a hodgepodge of French, Belgian, German and Italian food...).

The quickest route to Luxembourg from Frankfurt takes just 3.5 hours. Simply hop on the TGV train to Paris Est and change to the L40 train at Saarbrücken. It's not hard to find one-way tickets for a bargain price of €22, even if you forget to book in advance.