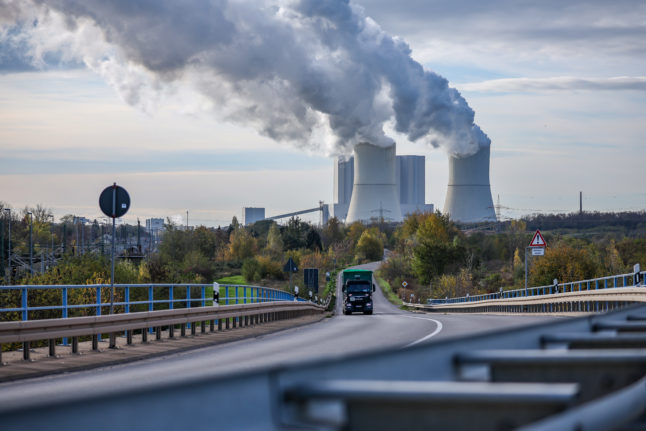 “There must not be a worldwide renaissance of fossil fuels,” Scholz said in a speech at the climate summit in Sharm el-Sheikh, Egypt.

“And for Germany I can say: there will not be one,” he said. Europe’s largest economy has been squeezed hard as Russian energy imports have dwindled and prices have risen following the outbreak of the war in Ukraine.

Long reliant on imports from Moscow to meet its energy needs, Germany has scrambled to shore up its supplies in the face of potential winter shortages.

As a result, officials had made the decision to restart mothballed coal power plants “for a short time”, Scholz said.

Germany would “stick to our exit from coal”, the chancellor assured, with Berlin targeting a complete end for the fossil fuel in 2030.

As well as falling back on coal, Germany has invested billions into new infrastructure for the import of natural gas from new sources, such as the United States or Qatar.

Such liquefied natural gas (LNG) terminals will in time be retrofitted for the import of hydrogen, officials say.

The pressure Russia has been able to exercise by cutting supplies showed that the transition away from fossil fuels was a “security policy imperative”, the chancellor said.

Germany would up its investments in international environmental programmes, Scholz said, bringing the total to €6 billion.

Funds for the protection of forests alone through 2025 would be doubled to two billion, the development ministry said.

The money will mostly be invested via partnership programmes with countries such as Brazil, Ecuador, Madagascar and Pakistan, according to the ministry.