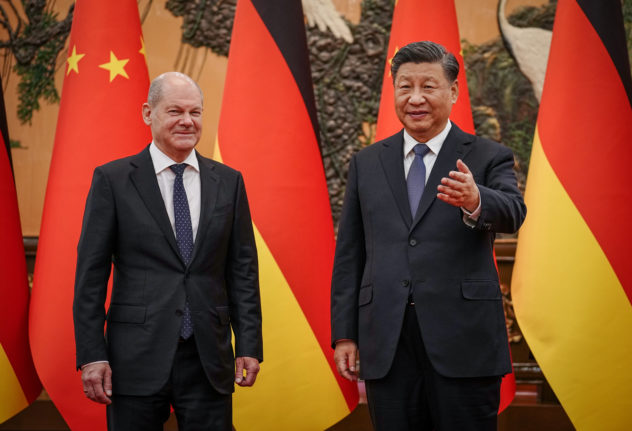 Scholz is the first G7 leader to visit China since the start of the coronavirus pandemic, which prompted the world’s number two economy to largely close its borders.

Accompanied by top executives, he is due to hold talks on the one-day trip with President Xi, as well as Premier Li Keqiang.

But the visit has sparked controversy, coming so soon after Xi strengthened his hold on power and as tensions run high between the West and Beijing on issues ranging from Taiwan to alleged human rights abuses.

German industry’s heavy dependence on China is also facing fresh scrutiny, as Berlin reels from an over-reliance on Russian energy imports that left it exposed when Moscow turned off the taps.

Scholz’s approach is still underpinned by the idea that “we want to keep doing business with China, no matter what that means for the dependence of our economy, and for our ability to act”, opposition lawmaker Norbert Röttgen told the Rheinische Post newspaper.

Concern about China has also come from within the ruling coalition, with Foreign Minister Annalena Baerbock saying mistakes made in the past with Russia must not be repeated.

The sensitivity of the issue was highlighted when a row erupted last month about whether to allow Chinese shipping giant Cosco to buy a stake in a Hamburg port terminal.

The German and Chinese economies are deeply intertwined. Some in Berlin view the relationship as particularly important as Germany, battling an energy crisis triggered by the Ukraine war, hurtles towards recession.

China is a major market for German goods, from machinery to vehicles made by the likes of Volkswagen, BMW and Mercedes-Benz.

The leader of Europe’s top economy has defended the trip, insisting direct talks with Chinese leaders were “all the more important” after a long hiatus due to the pandemic.

In a newspaper article, he said that “we will not ignore controversies”, and listed thorny topics that would figure in talks, from respect for civil
liberties to the rights of minorities in Xinjiang.

In Beijing, foreign ministry spokesman Zhao Lijian said China was looking forward to a “successful” visit, and that “cooperation far exceeds competition” between the countries.

But he also warned that “the Chinese side is opposed to interference in our internal affairs, and smearing us under the guise of discussing human rights issues”.

There are concerns that the trip – coming on the heels of Xi securing a historic third term at a Communist Party Congress last month — may have
unsettled the United States and the European Union.

“The chancellor is pursuing a foreign policy which will lead to a loss of trust in Germany among our closest partners,” said Röttgen, from the conservative CDU party, accusing Scholz of “going it alone”.

Berlin, however, says there have been consultations with key partners, while Scholz has insisted he is visiting China as a “European” as well as the leader of Germany. 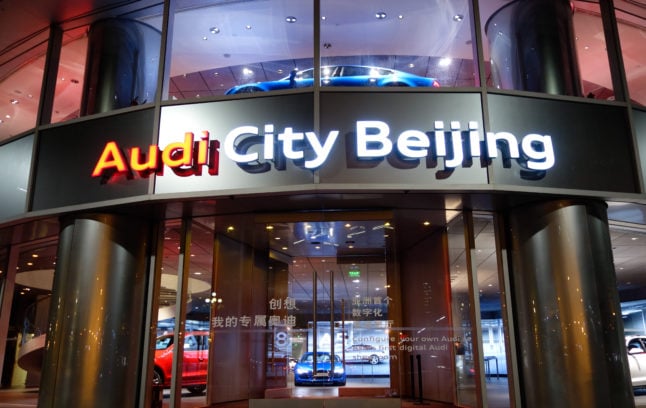