Germany and Israel on Wednesday paid posthumous tribute to two married couples who rescued Berlin Jews from the Nazis, at an emotional ceremony attended by four generations of the families' descendants

Israeli ambassador Ron Prosor presented granddaughters of the rescuers with Righteous Among the Nations medals from Jerusalem's Yad Vashem Holocaust memorial at the Berlin City Hall in the first such ceremony there in seven years.

Prosor, whose own family fled the Nazis for Israel in the 1930s, called the couples -- Bruno and Anna Schwartze and Friedrich and Helene Hübner -- "heroes in the fight for freedom".

"Even in Berlin, where my father was born, there were people who fought for good and didn't forget humanity and compassion," he said.

Moritz and Henriette Mandelkern survived the Holocaust only thanks to the help of their neighbours, the Schwartzes, and the Hübners, a farming family.

The Mandelkerns lived in the capital's Mitte district with their son Siegfried, who was imprisoned at Sachsenhausen concentration camp north of the city in 1939 and deported to Poland the following year.

It is believed he perished at Auschwitz.

To save his father, a tailor, from a similar fate, the Schwartzes took Moritz Mandelkern into the attic of their flat from December 1942 for 18 months.

Mandelkern never left his cramped hiding place during that time, fearing discovery by the Gestapo.

His wife Henriette found safe haven at the same time on the Huebners' farm in the village of Gross-Schönebeck, 50 kilometres (30 miles) away, where her cousin had already sought refuge.

After the home of the Schwartzes was badly damaged in the bombing, Moritz Mandelkern also fled to the farm where they were eventually liberated by the Red Army.

After the war, the couple volunteered helping displaced people arriving in Berlin.

Accompanied by the strains of Chopin's "Tristesse", the ceremony was also attended by local officials, school pupils and 27 descendants of the three families.

Cornelia Ewald, a great-granddaughter of the Schwartzes, said the couple had been deeply religious people. 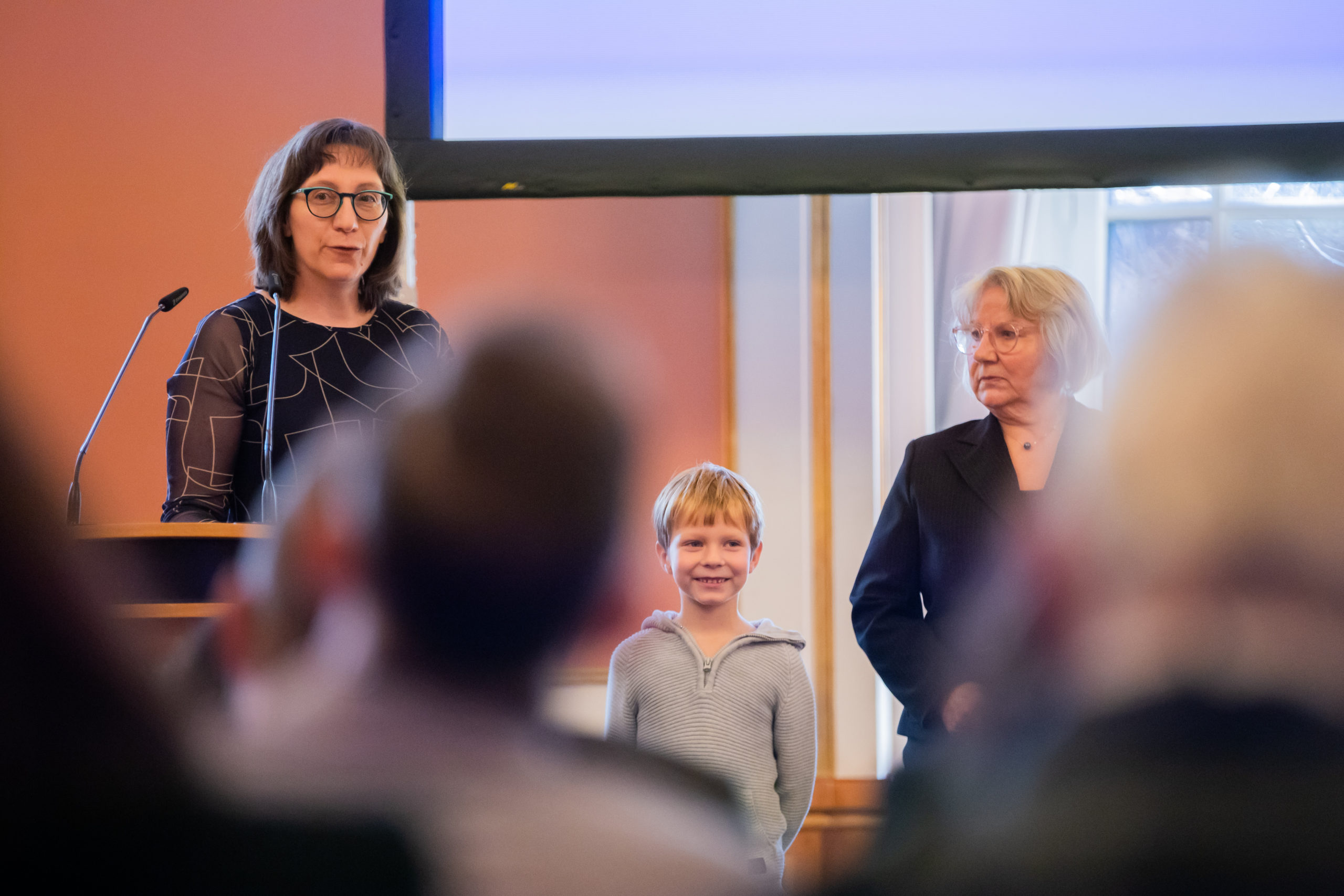 "I don't know if they saw themselves as heroes but they wanted to be role models," she said. "I wish us all the courage to see our neighbours as human beings and stand by them in times of need."

A granddaughter of the Hübners, Gundela Suter, said they would have hoped to never see "racial discrimination and war again in Europe".

"Unfortunately that is far from the case."

Daniel Mann-Segal, a Melbourne-based doctor who descended from the Mandelkerns, said the three families had grown close since their intertwined fates came to light.

Noting that many of his colleagues in Melbourne's medical community were descendants of Holocaust survivors, he cited a "butterfly effect" from the "acts of moral courage" of those who helped them to escape, allowing their children's children to now save lives.

Yad Vashem has since 1963 kept a historical record of non-Jewish people who risked their lives trying to save Jews from Nazi extermination, which claimed six million victims.