EXPLAINED: What the EU’s new EES system means for travel to Germany

From biometric checks to the 90-day rule, residency documents and visas - here's what the EU's new EES system means for people travelling in and out of Germany.

You might have seen some rather dramatic headlines about the EU ‘harvesting biometric data’ – so here’s what the EU’s new Entry and Exit System (EES) – due to come into effect next year – actually means if you are travelling in and out of Germany.

The system has been in the works since 2013 and is due to come into effect in May 2023 – although it has been postponed several times before.

It has four stated aims – to improve and modernise border systems; to reinforce security and aid the fight against crime and terrorism; to help EU member states deal with increasing traveller numbers without having to increase the numbers of border staff; and to systematically identify over stayers within the Schengen area [ie people who have stayed longer than their visa or 90-day limit allowance].

The system doesn’t actually change any of the EU’s rules about travel, length of stay etc, but it will make enforcing them easier.

The EES is for EU external borders – so if you are travelling between Germany and France nothing will change but if you are entering Germany from a non-EU country (including the UK) the new system comes into play.

It applies to all non-EU citizens, including those who have temporary or permanent residency of an EU country. Dual nationals are exempt if they are travelling on their EU passport.

Basically, the EES changes how passports are checked at the border.

The first change is the addition of biometric data – in addition to the current details in your passport (name, DOB etc) the system will also record facial images and fingerprints of all passengers – so it will be similar to going to the US, where foreign arrivals already have to provide fingerprints.

The second change is through recording onto the system complete details of entry and exit dates; how much of their 90-day limit (if applicable) people have used and whether they have previously been refused entry.

Exactly how this applies varies slightly depending on your circumstances.

This is the most straightforward category and the one that will apply to the majority of travellers. For tourists or those coming for a short visit little will change apart from having to give fingerprints when they enter.

They will also be told how long they can stay in the Schengen Area – for visitors from non-Schengen-visa countries like the UK, USA, Canada and Australia this will be 90 days, easily long enough for most holidaymakers.

READ ALSO: What happens if you overstay your 90-day-limit in Germany? 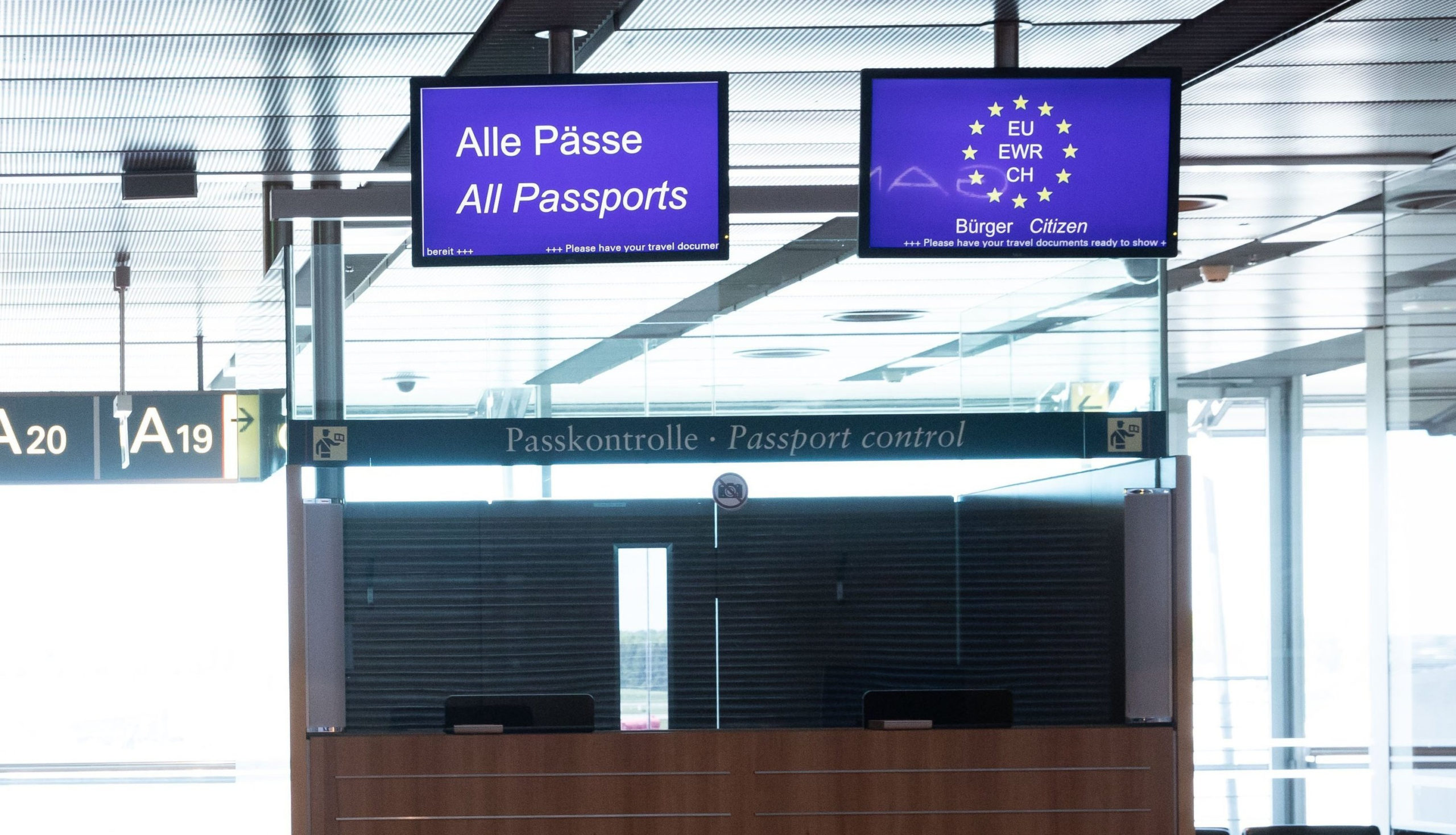 Second-home owners and other regular visitors without a visa

If you’re a regular visitor to Germany from a non-EU country, you will already know about the 90-day rule.

The rule itself doesn’t change, but one of the stated aims of the new system is to catch overstayers, so anyone hoping to ‘slip under the radar’ with regards to the 90-day limit should forget that idea.

Instead of the current and rather inconsistent system of passport-stamping, each entry and exit to the EU is automatically logged on the system, so that border guards can see how long you have spent in the Schengen Area in the preceding 180 days, and whether you have overstayed your limit.

READ ALSO: EXPLAINED: How can Brits visit or move to Germany post-Brexit?

If you are a citizen of a non-EU country but have residency in Germany then you are not constrained by the 90-day rule. Under the current system you show your visa or TIE residency card at the border and the border official should refrain from stamping your passport.

The automated system does away with passport stamping – which has become a headache for residents since it is inconsistently applied in some countries.

However, at this stage it is not clear how residency status will be linked to passports, and therefore how residents can avoid starting the 90-day ‘clock’ when they enter the EU.

The European Commission had previously told The Local that people with a visa or residency card should not use automated passport gates, but we are still attempting to get more information on this.

Our sister website The Local France asked the French Interior Ministry and they provided a little more detail, telling us “EES only concerns non-European nationals, without a long-stay visa or residence permit, who are making private or tourist visits for periods of less than 90 days”.

In other words – EES does not concern people who are residents in Germany or have a long-stay visa.

The French Interior Ministry spokesman continued: “People with a residency permit or long-stay visa must present these documents at the border. The control process does not change these categories of travellers.”

What this means in practice is that people with a visa or residency permit cannot use the automated passport gates, and must instead go to a manned booth so that they can show both their passport and residency card/visa. This is likely to mean extra waiting times at busy periods.

As with residents, anyone who has a visa must show it at the border in order to avoid starting the 90-day clock, and that means that visa holders cannot use the automated passport gates – as outlined above.

So how will this actually work in practice?

If you’re a tourist or short-stay visitor and you’re travelling by air you probably won’t notice much difference since many airports already have automated passport gates in place for certain travellers. In fact, the Commission says this system will be faster than the current system in place for non-EU arrivals.

If you are a resident of Germany, you need to remember to avoid the automated passport gates and choose a manned booth so that you can show your residency card or visa along with your passport.

Anything else I need to know about?

Yes, EES is different to ETIAS, which is due to come into effect later in 2023. That won’t affect residents, but will require tourists and those on a short visit to pay €7 for a holiday visa – full details on that HERE.