In order to tackle rising energy prices, a quarter of German companies revealed in a new survey that they planned to cut jobs, among other cost saving measures.

Around 25 percent of German companies plan to axe jobs as a cost saving measure, according to a survey of 1,080 German firms led by the Munich-based Stiftung Familienunternehmen released on Monday.

The figure stood at 14 percent in their last survey conducted in April.

Furthermore, ninety percent of the mostly small or medium-sized companies surveyed either plan to raise their prices or already have.

“Companies are scaling back manufacturing in Germany or relocating production to places where energy costs, taxes and bureaucratic burdens are lower," he said.

Around nine percent of companies are seriously considering moving their production abroad, as opposed to only six percent six months ago, according to the survey.

A further 82 percent planned to invest in "energy efficiency" in light of rising natural gas costs, which Germany has seen double since 2021.

Many of the firms expressed support for increasing the use of nuclear power, which Germany has slowly been phasing out.

As an additional measure, 13 percent of companies - around one in eight - are considering production stops, compared with six percent in April.

According to another recent survey from the Institute for Economic Reseaerch (Ifo), only just under one in three German companies has an emergency plan in place to cope with the energy crisis.

"For companies with more than 500 employees, 60 percent have taken appropriate precautions."

For companies with up to 50 employees, the figure was down to 15 percent, she said.

The most frequently cited measure to save energy and cushion increased costs was lowering building temperatures, according to the Ifo. In addition, companies called for a reduction in overtime and holidays, more home office and Kurzarbeit, or short-time work.

Is a recession approaching?

The German economy, whose energy-hungry industries relied heavily on Russian gas before the war, is forecast to shrink by 0.4 percent in 2023, according to figures released by the S&P Global Market Intelligence report on Monday.

Both manufacturing and services in Germany were showing accelerated rates of shrinkage, which could prompt companies to shelve jobs, the survey showed.

German businesses were "deeply pessimistic" about the year ahead, stated the report, as soaring energy costs impact Europe as a whole. 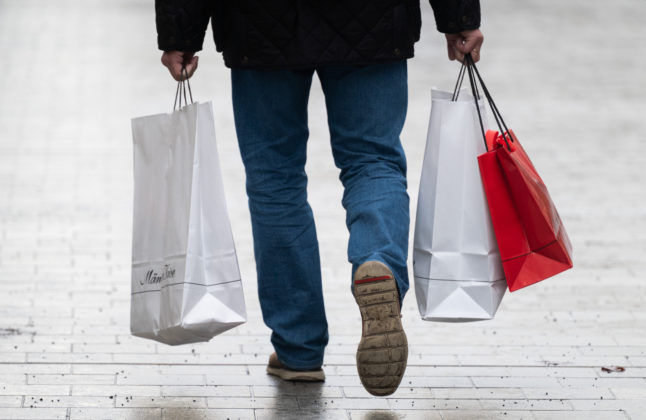 "The region's energy crisis remains a major concern and a drag on activity, especially in energy intensive sectors."

Aid for businesses and households

Since 2021, gas prices have more than doubled, with the most dramatic rises occurring since Russia's war in Ukraine began on February 24th.

To dampen the impact of these soaring costs, Germany’s Gas Price Commission has recommended that government implement a phased model of support - both for businesses and individual households.

This foresees the government stepping in to pay people’s gas bills in December and then freezing gas prices up to a certain allowance for private households, small-and-medium sized businesses and industry from March 2023.

A summit last week agreed on a number of measures, but a key one, of capping wholesale gas prices, was kicked into future deliberations by Germany, which fears gas supplies being diverted to more lucrative markets in Asia.

German Chancellor Olaf Scholz reluctantly agreed to have the bloc look further at the price cap measure but only after an impact analysis.