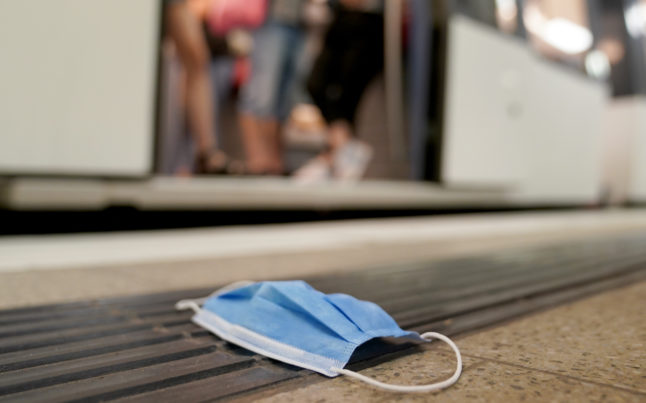 Since the start of October, Germany has had a new system of Covid measures in place. On the national level, basic rules like wearing masks on long-distance transport and in clinics are standardised – but anything beyond that is decided on by the individual states.

If infections and hospitalisations reach a critical level, state health ministers can bring in additional rules like mandatory masks on local public transport and in public indoor spaces like restaurants and bars. If they do, they can make exceptions for people with a recent negative test and those who have been vaccinated within the past three months. They also have the power to bring back testing in schools to help combat the spread of infection.

The current measures were a compromise position between the cautious approach of Health Minister Karl Lauterbach (SPD) and the more liberal stance of Justice Minister Marco Buschmann (FDP). But not everyone is happy with the new system.

Ahead of a meeting between state and federal health ministers on Monday, doctors in the public health service were calling for more uniform rules to be applied across all of Germany’s 16 states.

Speaking on ARD’s Morgenmagazin programme, Johannes Nießen, chairman of the Federal Association of Public Health Physicians, urged ministers to come to an agreement about the criteria for tightening Covid measures.

It should be clear which rules will apply in both Hamburg and Munich “if the incidence reaches 500 or 1,000”, he said.

Though some states, like Lower Saxony, have come up with their own thresholds for loosening and tightening measures, there is no clear guidance in the Infection Protection Act about what constitutes a “critical” situation.

Nießen, who also sits on the government’s panel of Covid experts, is pushing the ministers to define this more clearly at Monday’s meeting.

Is this likely to happen?

According to Saxony-Anhalt’s health minister, Petra Grimm-Benne (SPD), who is chairing the Health Ministers’ Conference, the aim of Monday’s meeting is to reach an agreement on nationwide rules.

Speaking to ARD, Grimm-Benne said there were two key priorities for the conference: “We want to make sure once again that the compulsory wearing of masks continues to apply in public transport in all federal states. And we want to talk about how we can possibly regulate the obligation to wear masks indoors.” 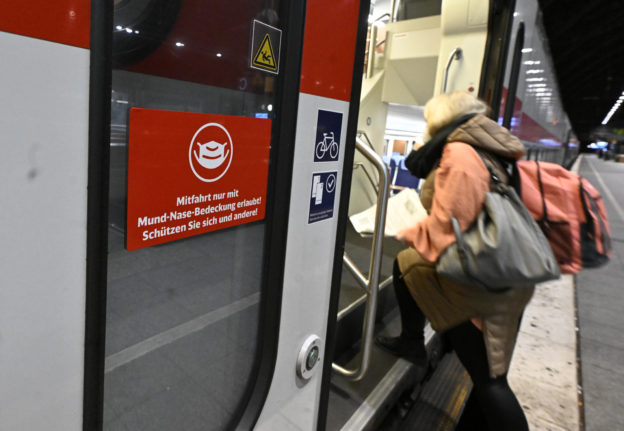 Passengers enter an IC train in Cologne next to a sign indicating that masks should be worn onboard. Photo: picture alliance/dpa | Roberto Pfeil

If ministers are able to come to an agreement, states that opted to end compulsory masks on local transport at the start of October could be forced to reintroduce them. In addition, the ministers could bring in a new set of benchmarks for the introduction of things like indoor masks and tests in schools.

Unlike the winters of 2020 and 2021, where measures were largely based on the number of Covid cases, the threshold this year is most likely to be based on the situation in hospitals.

In Lower Saxony, for example, the incidence of weekly hospitalisations and the proportion of beds occupied by Covid patients are the two key benchmarks for deciding what rules to bring in.

Are there any downsides to bringing in uniform rules?

Since the new Infection Protection Act came into force in October, Health Minister Lauterbach (SPD) has been urging states to use their powers to tighten up the rules before infections spiral.

But so far the majority of states have seemed reluctant to do so, preferring to stick with the basic measures set out in the Infection Protection Act. Speaking to The Local last week, a spokesperson for the health ministry in North-Rhine Westphalia pointed out that staffing levels in hospitals remained stable despite the high level of Covid infections.

“Against this background, the ministry does not see any need for additional protective measures at the moment,” the spokesperson explained. Similar statements were made by the health ministries in Saxony, Bavaria and Rhineland Palatinate. 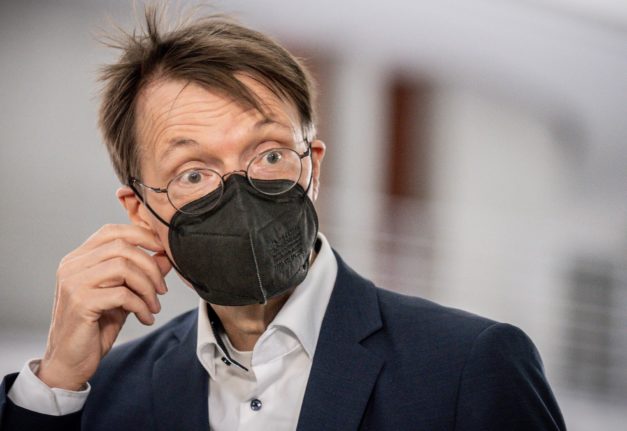 States are also concerned that mandatory masks indoors could be difficult for business owners to monitor.

“We know that if we want to impose an obligation to wear masks indoors (…) that we then also have to regulate exceptions according to the Infection Protection Act, namely for the newly recovered and the newly vaccinated,” said Grimme-Benne.

The key issue was how vaccination and recovery certificates would be checked, and how businesses could determine who the mask-wearing exceptions applied to, she said.

“We have to discuss this with the other health ministers today.”

READ ALSO: Which German states are planning to bring back masks indoors?