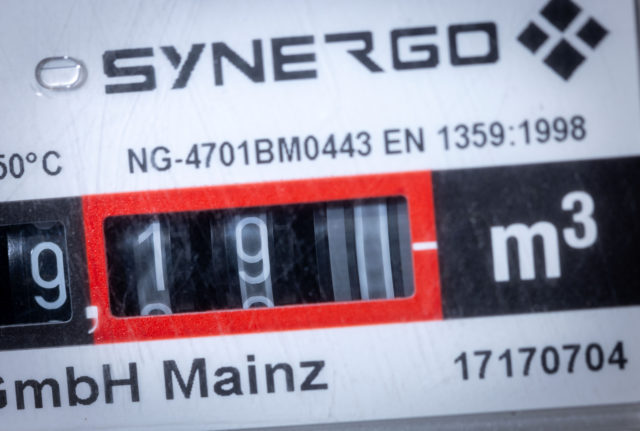 With the energy crisis set to deepen over winter, German households are being warned to restrict their energy usage even further to avoid shortages in the coldest months.

According to a new study released by the Potsdam Institute for Climate Impact Research on Thursday, gas consumption needs to fall by 30 percent compared to pre-crisis times in order for supplies to last through winter.

Reducing consumption by around a third could also prevent further price hikes on the energy market, researchers believe.

With Russia cutting off gas supplies through the Nord Stream 1 pipeline in what is widely seen as retaliation for EU sanctions over the war in Ukraine, Germany has been scrambling to fill up its reserves in time for winter.

READ ALSO: How German cities are preparing for potential blackouts

Earlier this month, the Economics Ministry revealed that it had already hit its November target for filling the nation’s gas storage facilities to at least 95 percent of their full capacity.

But the government and Federal Network Agency have repeated warned that even full storage facilities won’t be enough to last the country through winter without a significant reduction in energy usage from households and businesses.

According to the institute, private households in particular are continuing to heat their homes as normal – despite the soaring costs of energy.

“Industry, on the other hand, is reacting much more sensitively to the high prices,” the study states. “So far, industrial gas use in 2022 has declined by about 20 percent compared to previous years.”

‘Heat only as needed’

Researchers say private gas customers need to make a greater effort to reduce their use of heating in particular.

This can be done by lowering room temperatures by one or two degrees and heating only as needed rather than keeping radiators in constant operation, they explained.

The institute is also calling on the government to step up its plans to insulate homes and increase the use of eco-friendly heating options.

“Together with an accelerated roll out of heat pumps, tapping into district and local heating networks and a stronger energetic refurbishment of the building stock, around 30 percent of the gas demand in the building sector could be saved in the short term,” said Gunnar Luderer, deputy head of the Ariadne project of the Potsdam Institute for Climate Impact Research.

In light of rising energy costs, Germany’s coalition is currently working on introducing both a gas price cap and an electricity price cap.

According to draft proposals obtained by Handelsblatt on Wednesday, the amount of subsidised energy will be partly based on a household’s previous consumption. If households use more than their allowance, the excess gas and electricity will be charged at much higher market prices.

The gas and electricity price caps are intended to work in tandem and will be introduced at the same time, the draft revealed.