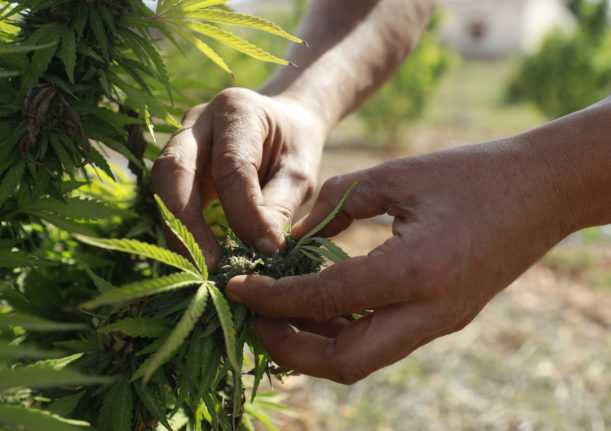 Last week, Health Minister Karl Lauterbach (SPD) released an outline of the new regulation, including measures for child protection, changes to criminal law and details of how much cannabis people can purchase and carry.

Lauterbach’s proposals were assessed by various government departments and a heavily amended outline was agreed on by the cabinet on Wednesday.

The news marks a further step towards establishing a legal cannabis market in Germany – a key pledge set out in the coalition agreement of the Social Democrats (SPD), Greens and Free Democrats (FDP) when they formed a government last November.

The federal government says it wants to create a safer alternative to cannabis sold on the black market and prevent money being funnelled into organised crime.

According to Lauterbach, samples of black-market weed often contain harmful impurities – some of which are added into order to transition people onto harder drugs.

“Cannabis use in moderation, well secured, quality and without acquisitive crime is something that has to be accepted and is part of a modern society,” he said.

The Health Minister believes that around four million people regularly use cannabis in Germany.

Here’s what a legalised cannabis market in Germany could look like.

According to the draft plans, people over the age of 18 would be permitted to purchase and carry between 20g and 30g of cannabis in the future. This possession limit would apply regardless of where the cannabis was obtained.

Lauterbach originally proposed that the maximum amount of THC – the main psychoactive component in cannabis that produces the ‘high’ – should be carefully regulated. But this now appears to have been shelved by the cabinet in order to prevent the black market gaining an edge by selling higher-THC products.

However, in order to prevent “cannabis-related brain damage”, cannabis sold to young people between 18 and 21 years of age would still have a limit to the amount of THC it could contain.

In addition to making cannabis legal to purchase and carry, people will also be permitted to grow up to three of their own cannabis plants at home. In general, cannabis would no longer be legally classed as a narcotic.

Though children under the age of 18 would be unable to purchase cannabis legally, minors caught in possession of the drug won’t face legal ramifications.

However, according to the draft, youth welfare offices could decide to send young people on mandatory drug prevention courses if they’re found to be carrying cannabis. Authorities will also be able to confiscate any drugs they find.

In a further move to shield minors, the sale of cannabis would only be permitted in specially licensed premises. These should be located at a minimum distance from schools and other children’s or youth facilities.

The government also wants to allow pharmacies to sell cannabis to ensure that legal products are available even in rural areas. This would help combat the black market throughout the country, the draft suggests.

“On the other hand, the displacement of the black market would presumably be stronger if pleasure cannabis could also be purchased via the convenient and rapidly expanding online channels,” it continues.

Firms that grow cannabis crops and manufacture products will be permitted to become licensed businesses in Germany, and will therefore be subject to tax under the plans.

The government has also been considering whether to also license Amsterdam-style coffee shops, where people can not only purchase cannabis but also consume it on-site. However, it’s unclear if this will happen in the near future. 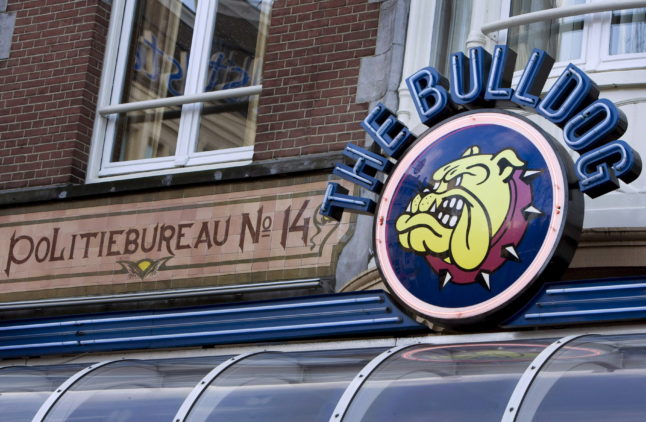 Even after cannabis is legalised, a general advertising ban will still apply. That means that recreational products will have to be sold in plain, neutral packaging without a promotional design.

It also means that TV and online adverts and billboards will be forbidden, and companies will also be banned from running promotional sales or discounts.

When will cannabis be legalised?

Lauterbach hasn’t provided a detailed timeline for the draft proposals to be turned into law but estimates that the legalisation could come by 2024.

The delay is partly because Germany still needs to work out how to carry out the plans to legalise cannabis without falling afoul of EU law.

According to the Single Convention on Narcotic Drugs, member states are prohibited from cultivating or selling marijuana products for recreation use.

Germany therefore wants to present its plans to the European Commission for approval before moving ahead with any rule changes.

“We are in the process of checking whether the key points we have laid out today are compatible with international and European law,” Lauterbach revealed, a point which would be discussed with officials in Brussels.