Which German states are planning to bring back masks indoors?

With Covid infections once again on the rise, German states like Berlin are considering bringing in stricter Covid rules. So what changes to current measures could we see - and when?

Since the start of October, federal states in Germany have had the power to implement new mask-wearing and testing rules in their regions.

While a few basic measures - including mask-wearing in clinics and on long-distance trains - still apply nationwide, state health ministries can decide for themselves whether to introduce stricter measures in response to rising infections and hospitalisations.

That includes bringing back mandatory masks in supermarkets and other indoor spaces, or reintroducing testing in schools and nurseries.

Though Covid infections has been shooting up in recent weeks, most states have seemed content to keep bare-bones measures in place. That could be about to change.

In Berlin, health senator Ulrike Gote (Greens) has put forward plans for the reintroduction of masks in retail outlets, museums and other public buildings. According to mayor Franziska Giffey (SPD), the proposals haven't yet been discussed in the Senate - but a push from Gote could see the capital becoming the first of Germany's sixteen states to tighten up their Covid rules for winter.

In neighbouring Brandenburg, the health ministry also appears to be leaning towards a sharpening of measures. Over the weekend, health minister Ursula Nonnemacher (Greens) told various media outlets that she wanted to extend mandatory masks to shops and municipal buildings such as the Bürgeramt.

Though there are no plans to reintroduce masks in places like museums, cinemas and theatres, Nonnemacher said she was concerned that hospitals could become overburdened with Covid patients in the colder months.

Further afield, the city-state of Bremen also looks set to discuss whether to bring back mandatory masks in shops and other businesses in the near future. A decision is expected to be made by the Senate on Tuesday.

At present, states are keeping a close eye on the latest Covid stats - though in most cases it's unclear which criteria are being used to determine when a tightening of rules would be appropriate.

One state bucking that trend is Lower Saxony. The northern state uses a combination of metrics to decide which level of its Covid measures should apply. If the weekly incidence of hospitalisations reaches more than 15 per 100,000 people and at least 10 percent of intensive care beds are occupied by Covid patients, the state will apply its 'Stage One' rules. These include masks in all public indoor spaces, with exceptions for people with a negative test.

As of Monday, the hospitalisation incidence was at 15.1, while Covid patients were occupying five percent of intensive care beds. That means a spike in intensive care patients could prompt the ministry to tighten up rules once again.

In Hesse, a sharp rise in Covid patients in both ordinary and intensive care wards along with high levels of sickness among hospital staff has prompted the ministry to start consultations on extending the mask rules.

"The infection situation and the situation of health care in Hesse are being monitored very carefully," a spokesperson for the Ministry of Social Affairs told The Local. "In close coordination with the hospitals and the medical profession, the state government is preparing to take measures, if necessary, to avoid overloading the hospitals. This close coordination is underway."

The southwestern state of Baden-Württemberg could also act to extend its mask rules in the coming days or weeks. "It may be that we say relatively quickly that wearing masks indoors will become mandatory," state health minister Manfred Lucha (Greens) told SWR on Monday.

In neighbouring Rhineland Palatinate, the health ministry is "monitoring the situation and the incidence of infection very closely", health minister Clemens Hoch (SPD) said in a statement. "At the moment, we are still relying on people's personal responsibility. However, it is still strongly recommended to wear masks as consistently as possible in situations where many people come together. The state is also in close contact with the hospitals." 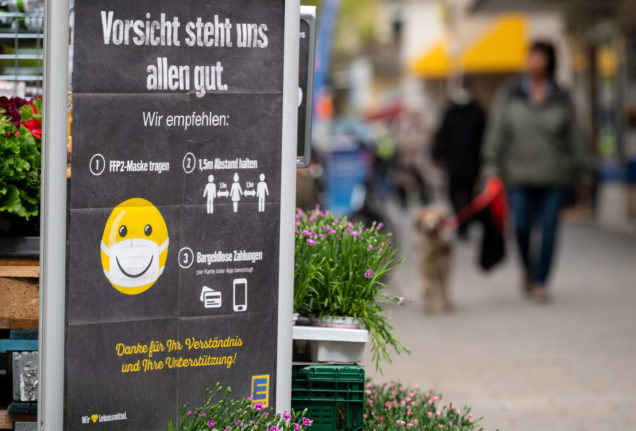 Hoch said the state had chosen not to use fixed thresholds like the incidence to determine whether more measures should be rolled out, since other factors like staffing levels needed to be taken into account. Most of the Covid patients in hospital are currently being treated not "for" but "with" the virus, he added.

In North Rhine-Westphalia, Covid infections are rising rapidly, and the health ministry expects the spike in cases to have an impact on the healthcare system and intensive care wards. However, since the rate of sick leave in hospitals is roughly in line with previous years, the ministry believes the situation is "tense but manageable".

"Against this background, the ministry does not see any need for additional protective measures at the moment," a spokesperson for the ministry explained.

Saxony's health ministry also said it had no plans to tighten its mask-wearing rules. "Our criterion for stricter measures has always been the overloading of hospitals by Covid patients," a spokesperson explained. However, people with pre-existing medical conditions and over-60s are still advised to wear a mask indoors.

According to official advice in Bavaria, people should wear a mask wherever a large number of people are present - but aside from compulsory masks in clinics and on public transport, this is largely left up to the individual to decide.

"The Bavarian State Office for Health and Food Safety (LGL) is closely observing the development of Covid and relies on multi-layered monitoring," a spokesperson for the health ministry told The Local. "Together, we are assessing the current situation on this basis. Should the monitoring reveal the need for further measures, we will act immediately. At present, we see no reason to do so - but we are prepared to take rapid steps."

Federal Health Minister Karl Lauterbach (SPD) has been calling on states to bring in tighter measures since the start of October.

In a press conference held in Berlin on Friday, Lauterbach reiterated his appeal to the health ministries to stem the current tide of infections and hospitalisations.

"We have no reason to believe that the wave we are facing is self-limiting," he told reporters. "The direction we are heading is not a good one."

With the autumn wave gaining momentum, Lauterbach isn't the only voice in the federal government urging states to take action. 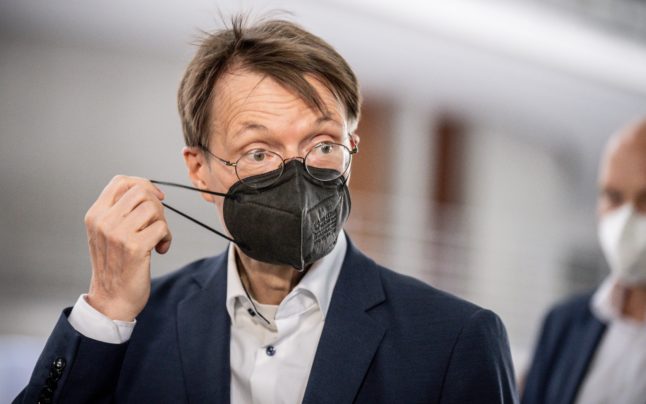 Writing on Twitter, Greens health expert Maria Klein-Schmeink reminded states that they had demanded powers to introduce tougher measures in the fight against the pandemic.

"They got it, but now they have to use it," she said. "Omicron has a high potential for infection and is now threatening to push our critical infrastructure, especially the healthcare system, over the limit."

The Marburger Bund doctors' association have also called for masks on both public transport and in other public indoor spaces in recent days.

But there has also been pushback. Senior politicians such as Bavarian state premier Markus Söder (CSU) and lobbyists from the retail sector have both come out against an extension of the mask-wearing rules to shops, restaurants and other indoor spaces.