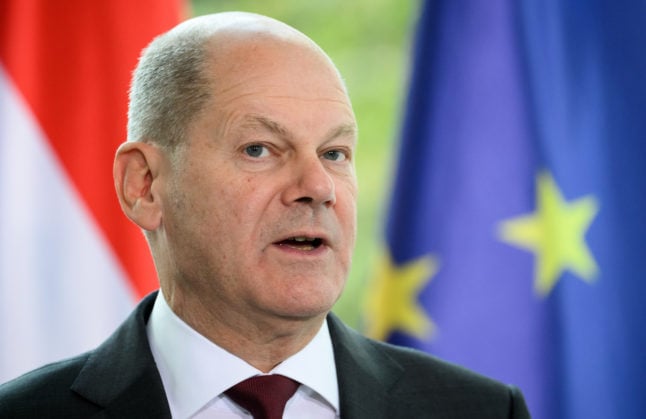 “The measures we are taking are not unique but are also being taken elsewhere and rightly so,” Scholz said at a Berlin press conference.

France and key members of the European Commission have voiced concern about a go-it-alone approach by Berlin and are calling for EU-wide solutions to the energy crunch aggravated by war in Ukraine that has seen key supplier Russia turn off the gas taps.

But Scholz insisted Germany’s planned measures, including caps on power prices, were justified to help citizens and businesses cope with sky-high gas and electricity bills.

Asked whether Germany was displaying a lack of solidarity with its European Union peers, Scholz replied that other countries would benefit from massive investments in LNG terminals at German ports.

Germany was creating these import capacities “not just for Germany but also for many of our neighbours in the Czech Republic, Slovakia, Austria and beyond,” he said.

“There had been a misunderstanding…. Our package… is proportionate if you compare the size and the vulnerability of the German economy,” Lindner said.

“We are using our economic strength to protect ourselves.”

Lindner and Scholz both stressed that the €200 fund would finance support measures until 2024, “so this is not just over a short period”, the chancellor said.

Berlin’s defence came after two key members of the EU’s executive singled out Germany for its plan in a rare rebuke from Brussels to the bloc’s most powerful member state.

They added that creating a mechanism similar to the so-called SURE programme, which the EU launched during the coronavirus crisis, should be looked at.

“What we did with this SURE mechanism during the pandemic was an interesting proposal. It is based on loans. And I think it could be realistic,” Gentiloni said.

That programme was less ambitious than the historic €750 billion Covid recovery programme which saw the EU’s 27 member states jointly emit fresh borrowing to save Europe’s economy.

Lindner, a fiscal conservative, ruled out any programme that would resemble the landmark pandemic rescue.

“I don’t think joint borrowing will be a solution,” he said.

In Berlin, Scholz and Rutte also suggested that it was too early to consider new joint borrowings, as they pointed out that the huge funds from the Covid recovery fund had not yet been exhausted.

By Michelle FITZPATRICK with Daniel ARONSSOHN in Luxembourg