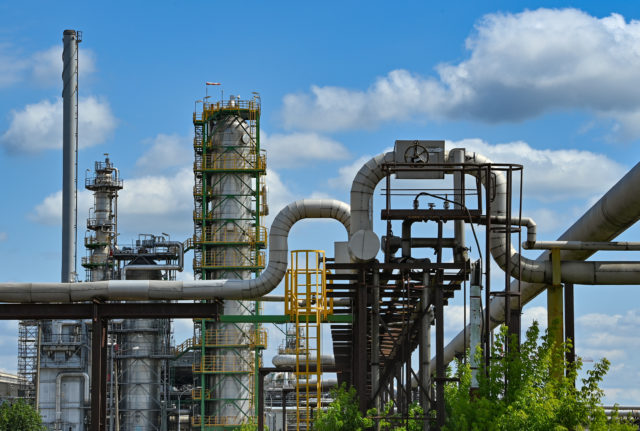 Rosneft’s German subsidiaries, which account for about 12 percent of oil refining capacity in the country, were placed under trusteeship of the Federal Network Agency, the economy ministry said in a statement.

“The trust management will counter the threat to the security of energy supply,” it said.

The seizures come as Germany is scrambling to wean itself off its dependence on Russian fossil fuels. Moscow has stopped natural gas deliveries to Germany via the Nord Stream 1 pipeline.

Fears had been running high particularly for PCK Schwedt, which is close to the Polish border and supplies around 90 percent of the oil used in Berlin and the surrounding region, including Berlin-Brandenburg international airport.

The refineries’ operations had been disrupted as the German government decided to slash Russian oil imports, with an aim to halt them completely by year’s end.

By taking control of the sites, the German authorities can then run the refining operations using crude from countries other than Russia.

Russia’s war in Ukraine has set off an energy earthquake in Europe and especially in Germany, with prices skyrocketing as Moscow dwindled supplies.

Germany has found itself severely exposed given its heavy reliance on Russian gas.

Moscow had also built up a grip over Germany’s oil refineries, pipelines and other gas infrastructure through energy giants Rosneft and Gazprom over the years.

Energy deals with Russia were long seen as part of a German policy of keeping the peace through cooperation with Russian President Vladimir Putin’s regime.

The cheap energy supplied by Russia was also key in keeping German exports competitive. As a result, the share of Russian gas in Germany had grown to 55 percent of total imports before the Ukraine war.

But that approach has come back to haunt Germany.

READ ALSO: When will effects of Russian gas shut-off be felt in Germany?

In early April, the German government took the unprecedented step of temporarily taking control of Gazprom’s German subsidiary, after an opaque transfer of ownership of the company sent alarm bells ringing in Berlin.

Germany has also been scrambling to find new sources of energy as deliveries from Russia have dwindled in the wake of the invasion of Ukraine.

The German government has also taken the stark step of firing up mothballed coal power plants, while putting two of its nuclear power plants on standby through April, rather than phasing them out completely as planned by year’s end.