Indians in Germany: Who are they and where do they live?

Germany is home to a thriving Indian community that has grown considerably in recent years. So where are Germany’s Indians living? And what made them choose to settle here?

Germany has long had a strong community of people from English-speaking countries, with approximately 13,500 Aussies, 117,000 Brits, 120,000 Americans, and just over 18,000 Canadians living here - to name just a few. In recent years though, an increasing number of people from India are settling in Germany as well.

Almost 24,000 new arrivals in Germany last year came from India. That was the fourth-highest total for arrivals from a single country in 2021, with newcomers from Syria, Romania, and Afghanistan making up the top three.

READ ALSO: Germany could have 86 million people by 2030, report claims

So what else do we know about Germany’s Indian community?

For starters, men outnumber women by quite some distance. Just over 104,000 men from India call Germany home compared to just under 68,000 women.

Secondly, Germany’s Indian contingent is quite young. Around half of all people from India living in Germany are between 24 and 33 years-old, with the numbers going down considerably after age 40. Around 20,000 are children who are 10 years-old or younger. 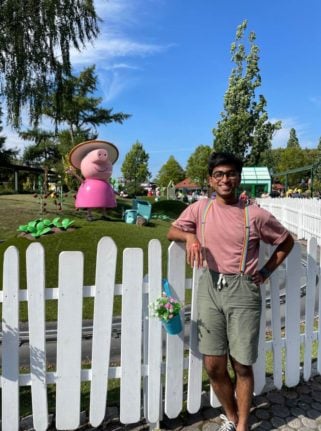 The Deutschland Monitor report notes that Berlin’s thriving - and often English-speaking - technology scene is a particular draw for trained IT professionals from India. Relative to its overall population, Berlin certainly wins, with just over 17,000 Indians calling the German capital home.

However, Indians are found across the country. Bavaria has the highest number overall (just under 36,000), followed by North-Rhine Westphalia (about 30,500) and Baden-Württemberg (just over 27,000).

Meanwhile, the federal states with the lowest number of resident Indian nationals are Mecklenberg-Western Pomerania, Saarland, Bremen, and Brandenburg, all with less than 2,000 apiece.

Germany calling: Its appeal in India

The Indian government estimates that about 32 million Indians live outside India, with the diaspora being even larger. While Germany’s resident Indians make up just a small share of that in comparison to countries like the US, UK, and Canada, there’s plenty of reasons why Germany is an increasingly attractive destination.

“With the Trump presidency in the US and Brexit in the UK, both of those options seem less welcoming than they used to be, and Germany seems to want Indians,” says Samantha, a 29 year-old originally from Chennai, who lives in Germany partly to live her life as an openly queer woman.

“We supply brain power and skills Germany seems to be short of, specifically in the STEM fields. In larger German cities the language barrier isn’t too much of a problem either.”

READ ALSO: Canadians in Germany: Who are they and where do they live?

For Ashwini Rao, a doctor currently in the fourth year of her residency in Recklinghausen near Dortmund, career was a big motivator. 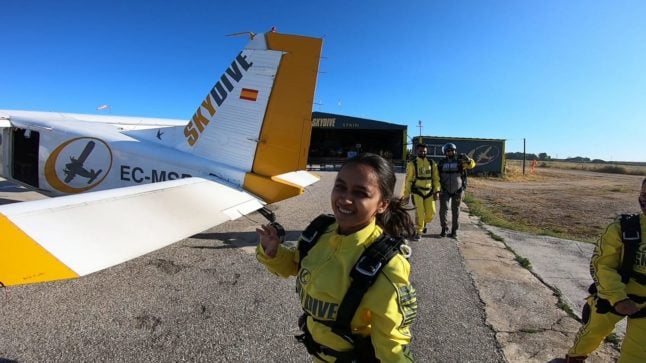 Ashwini Rao, a doctor originally from India and living in Recklinghausen near Dortmund, on a recent vacation to Spain. Photo: Ashwini Rao

“Unlike in the US, UK, or other English-speaking countries at the moment, surgical residency wasn’t an unimaginable goal here,” she says. “And I did want to leave India to expand my horizons beyond what I’ve always seen.”

Chaitanya Chilamakuru, hailing from Tadipatri in the Indian state of Andhra Pradesh, now lives with his wife Poojitha near Bonn in a small town called Siegburg, where he works as a project manager in manufacturing machinery.

“People from India are making a large contribution here in Germany now. We’re well-represented in the expert occupations of the STEM fields, which are particularly affected by the skilled worker shortage,” he says.

“Why Germany? There’s an increasingly positive image of Germany in the world, and the country has targeted people in India specifically, especially through the online ‘Make it in Germany’ platform.”

READ ALSO: Where in Germany do all the British citizens live?

What keeps Indians in Germany?

Career was a dominant theme among many Indians we spoke with about why they came to Germany. But what else keeps them here?

The structure of both work and the social welfare state is a top reason for many, as well as Germany’s general openness on things like gender equality and LGBT rights.

“I love that I can be openly queer here, which wouldn’t be taken very well at all where I come from,” says Samantha, whose last name we’ve withheld due to possible reprisals from back in India. 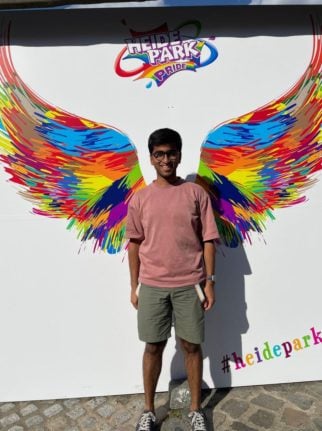 “I also really like the work culture, which I think is much more professional compared to India. You get your stuff done so you can completely disconnect in the evenings and on the weekends. Plus public transport is so good here. I don’t miss Indian commutes!”

Amogha Sathyanarayana, a 30 year-old product manager in software and originally from Bangalore, has lived in Berlin for the last seven years. “Berlin in particular is one of the most accepting cities in the world, and a safe haven for queer people. You have to love that about a city,” he says.

“The public transport and the train connections to pretty much all of Europe are also just pure joy for expanding your horizons. Put that together with strong social and economic structures like public health insurance and unemployment benefits if something happens to you - and that all just reaffirmed the decision to come here.”

"I marvel at how affordable education is here," says Aroma Dabas, originally from Delhi and currently living in Leipzig while wrapping up her doctoral research in cognitive neuroscience. "Add in the other aspects of how the social welfare is designed to look after people if something happens - it's just something I haven't encountered before. 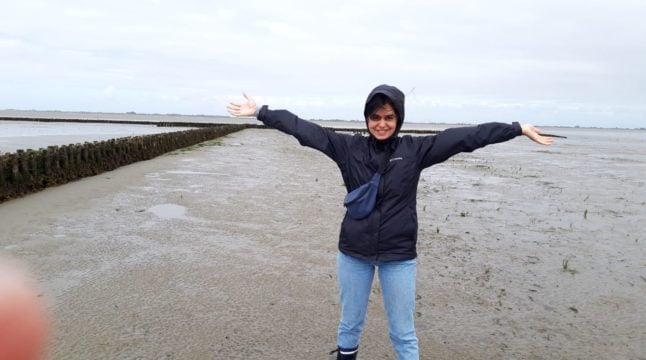 "Also before I moved to Leipzig, I lived in an area near Delhi that's particularly infamous for not being safe for women," says Dabas. "I don't miss that sense of insecurity."

Not everything is perfect though. While life may be generally good here for the Indian nationals we spoke with, it’s not without challenges.

“What I’ve found most challenging is the bureaucracy and the systemic racism,” says Samantha. “The racism might be a bit worse for me than for some other non-Europeans as I took the road less travelled by coming here for a PhD instead of a Master’s. Things are not easy in German academia that way and they get a lot worse if you don’t have German citizenship.”

For Sathyanarayana, the worst challenges come where bureaucracy and racism intersect. “The apathy towards people of colour, particularly when you’re trying to navigate all the paperwork can really get to you sometimes,” he says.

"Unnecessarily complicated, slow, and old. It seems as if the system has never been adapted to the global and digital world that we currently live in," says Dabas. "It is certainly not welcoming for non-Germans, particularly non-EU citizens."

Missing home and building an Indian community in Germany

No matter how much they enjoy life here, all of the Indians we spoke with have a bout of homesickness from time to time, especially when running into certain things that are lacking in Germany.

“Weirdly, I miss the digital literacy of India. Being in Germany will certainly remind you of that,” says Samantha. “Family is a no-brainer, but also the food and the weather.”

“I don’t miss the misogyny or the commuting, but I sure miss the food, spices, weather, mountains, and the sense of fashion,” says Rao. “Here, we don’t even have shops open on a Sunday."

“German forests are pretty tame,” says Sathyanarayana. “They make me miss all of the wild animals we have in India. It’s just on a whole other level back home.”

“I’m very accustomed to my life in Germany,” says Chilamakuru. “But there’s certainly a few things I miss about home - the vibrancy, the buzz in the air. Yes, even the crowded streets. Plus the pani puri stalls, the dosa corner, and all the festivities we celebrate with family and friends.” 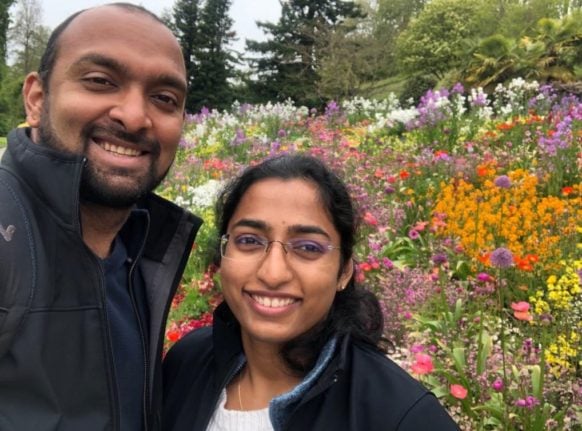 Both Rao and Sathyanarayana say they hope celebrating Indian traditions and culture together, as well as getting support from each other, will get a little easier as the Indian community in Germany continues to grow.

“I definitely miss family support. Making friends in a foreign country is a daunting task and I consider myself lucky that I found my friends in Berlin,” he says. “Finally - and it may sound like a standard, cliché answer - but I miss the food! Germany has diverse offerings, but nothing beats the authentic street food you get back home.”

Are you an Indian in Germany? Tell us what you miss about your home country, and if you have any tips for Indian home comforts by emailing us: [email protected] or leaving a comment.