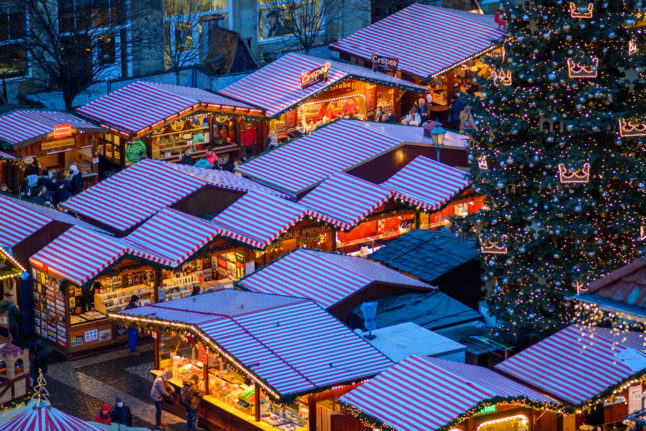 The German government has urged people and businesses to cut down on energy as much as possible due to fears over gas shortages and spiralling costs as Russia throttles supply.

And now districts across the country are considering what to do during the Christmas period. Germany is well-known for its sprawling Weihnachtsmärkte (Christmas markets) that include lots of stalls and cheery lighting.

In view of nationwide energy saving measures, the Berlin Senate said last week it would not contribute to the cost of the famous Christmas lights on Kurfürstendamm this year.

Back in August, the Senate said it would discuss cuts to this year’s Christmas lighting, as well as several other measures.

“Every kilowatt hour that we save is a contribution,” Economics Senator Stephan Schwarz said at the time.

The AG City group responsible for the annual LED spectacle on Ku’damm said it plans to try to finance the lighting, which costs around €600,000, through donations.

The city of Berlin, along with other authorities in Germany, have been turning off lighting on monuments at night.

Cutting back on lights and ice rinks

In Mönchengladbach, North Rhine-Westphalia, there are reportedly to be no Christmas lights on the shopping streets in the city centre and in the Rheydt district this year because of the energy crisis.

The municipality of Nottuln (Coesfeld district) has also decided against Christmas lighting in winter. The aim is to use less energy and to send a signal to the population that savings can be made in many places.

According to a report by German broadcaster BR24, officials in Bamberg said that Christmas lights would have to be cut back this year, but they still have to decide how far they will go.

Meanwhile, Regensburg is looking into turning off lights earlier on evenings in the run up to Christmas. The trees at the municipal Christmas market as well as in front of the old city hall, however, are planned to be lit up with energy-saving LED lighting.

Many places are looking to get rid of real ice rinks because of how much energy the consume. Düsseldorf’s Christmas markets are estimated to use around 400,000 kilowatt hours – a quarter of which is accounted for by the ice rink alone.

The city of Hamm has therefore decided that their Christmas market will have to do without a real ice rink this year – and will be replaced with a synthetic one. This would save around 60,000 kilowatt hours of electricity. Other cities outside NRW, such as Offenburg or Neumünster have decided not to set up ice rinks this year.

Officials in Regensburg are also considering a synthetic ice rink to be put into operation in January and February to consume less energy. Rosenheim is also considering a plastic rink. However, there are to be no changes to the Christmas lighting in the city centre.

There are no plans at the moment, however, to cancel any of Germany’s famous Christmas markets so it will still be possible to enjoy a Glühwein and soak up the atmosphere in winter.