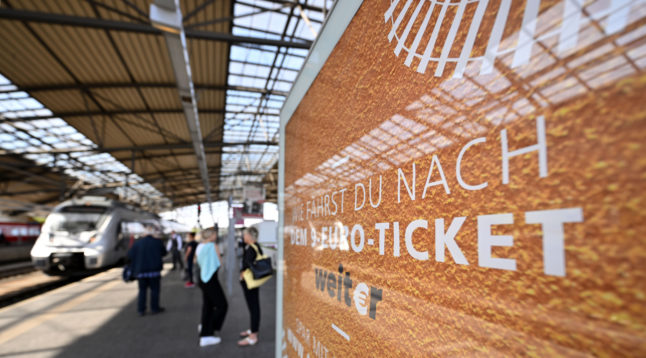 When Germany’s governing traffic-light coalition announced its decision to launch a €9 per month ticket over summer, nobody predicted what a stir the ultra-cheap travel deal would create.

According to the Association of German Transport Companies (VDV), 52 million tickets were sold between June and August, with around one billion journeys being made on the public transport networks each month.

In fact, the €9 ticket has been so popular that the government is now under huge pressure to replace it with another attractive offer. And while this hasn’t happened immediately, it appears that a new ticket is definitely in the pipeline.

Unfortunately, we havent been given all the juicy details yet – but there are some initial hints about what it might look like. Here’s what we know so far.

What has the government announced?

In its €65 billion relief package announced on Sunday, the traffic-light coalition said it would set aside €1.5 billion for a “cheap and nationally valid successor to the €9 ticket”.

“The temporary €9 ticket for the months of June to September was a great success,” it stated in its summary of relief measures. “It was well received by citizens and significantly curbed their spending on mobility. Therefore, a nationwide local transport ticket is to be introduced.”

Transport Minister Volker Wissing (FDP) has said he expects the federal states to match the government’s €1.5 billion investment – bringing the total state funding for the new ticket up to a minimum of €3 billion.

Of course, there’s no guarantee that the states will be happy with this, so there could be fireworks at the next transport ministers’ meeting in October.

How much will the ticket cost?

Given that the cost of the €9 ticket was one of its major selling points, it’s slightly odd that we haven’t yet heard how much the new ticket will actually be sold for.

However, the summary of relief measures states that the price is likely to be somewhere between €49 and €69. According to a report in Business Insider, the lower-end price of €49 is apparently favoured by the Greens and SPD, but €60 is currently the most likely price.

A lot depends on how much funding the states are willing to pour into the transport networks to make up for the shortfall, which means nothing is set in stone right now.

Where would the ticket be valid?

The new ticket has been described as a “nationwide local transport ticket”, which sounds fairly similar to the €9 ticket.

It means that the ticket would be valid all over Germany, but only on the local transport networks rather than long-distance trains. At the moment it’s unclear whether it would also be valid for regional trains like the €9 ticket was. 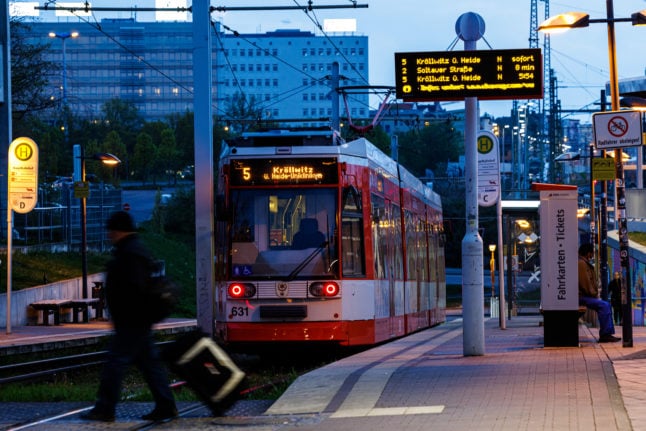 Passengers board a tram in Halle, Saxony-Anhalt. The new ticket is set to be valid on local transport nationwide. Photo: picture alliance/dpa | Jens Schlüter

It seems that a priority for the government is simplifying the tariff system in general to make it more understandable and usable for customers. The Greens have already pitched a simplified version of Germany’s tariff system that would see multiple transport regions – such as Berlin and Brandenburg – merged together to form just eight zones.

Wissing has also repeatedly stressed the need to simplify the current price structure.

“We need more digitalisation, more simplification, better tickets, and of course the pricing must also be attractive in the end,” the FDP politician said in a recent interview with Deutschlandfunk. “There has to be another more modern ticket, and that is why we will work to ensure that there is no reversion to the old fare structures.”

The summary of relief measures states that the federal and state governments “will promptly develop a joint concept for a nationwide, digitally bookable subscription ticket”, adding that “various models are being discussed”.

When will it arrive?

According to the Transport Ministry, the aim is to bring in the new ticket by January 1st, 2023, leaving the federal and state governments just under four months to thrash out the details and sort out the logistical stuff.

When will we know more?

Since local transport is the domain of the federal states, many of the current questions will have to be clarified at the meeting of the federal and state transport ministers on October 12th and 13th.

That means we should hopefully get some clarity on things like the price of the new ticket around the middle of October.

Of course, that partly depends on how cooperative the state governments are: back in spring, when the government was attempting to launch the €9 ticket, the states threatened to block the new deal over funding squabbles.

Given the success of the €9 ticket over summer, however, things are likely to be slightly different this time around. We’ll keep you updated.