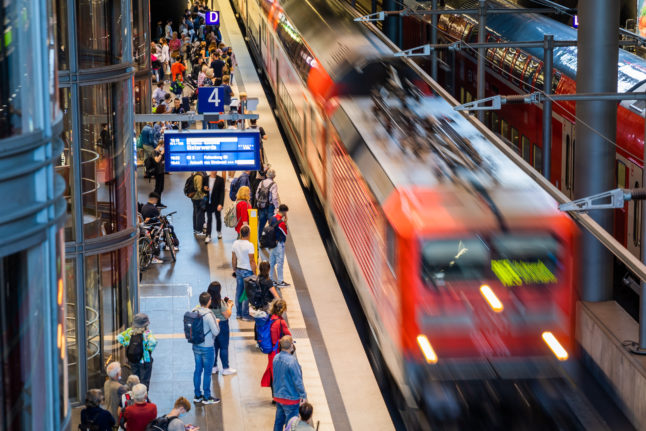 In a radio interview, Wissing said he wanted to “simplify the public transport structures, digitalise them” and offer a “better fare structure” in Germany.

It comes as the three-month offer, which saw public transport available in Germany for just €9 per month, is set to end.

From Thursday, September 1st, regular prices for riding buses, trams, the U-Bahn, S-Bahn and regional trains will return and people won’t be able to use a single ticket to travel on local networks across Germany.

Wissing said the success of the €9 ticket means that people have voted for change.

“People took the (€9) ticket to their hearts right from the start and saw the opportunity,” he said. “By buying many tickets, people voted that it (public transport) shouldn’t stay this way, and that’s why I want us to simplify the public transport structures, digitalise them, and we need a better fare structure. There has to be something new.”

When asked if Wissing is in favour of any of the ideas put forward for a follow-up ticket – such as the Social Democrats’ €49 ticket idea – Wissing was non-committal in his answer.

But he did say that he had convinced his colleague, Finance Minister Christian Lindner, also of the Free Democrats (FDP), that there had to be a new offer. Lindner has consistently refused to entertain the idea of a follow up €9 ticket due to funding concerns, and even slammed the “freebie mentality” surrounding the ticket. 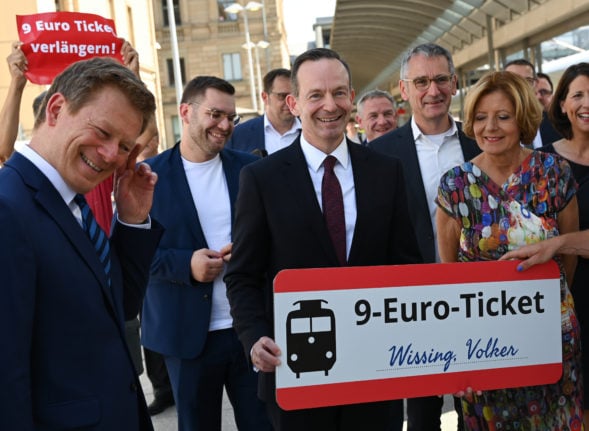 On the sidelines of the recent train launch of Deutsche Bahn’s 100th ICE 4, Transport Minister Volker Wissing holds a €9 ticket presented to him by an environmental activist next to Malu Dreyer (SPD), state premier of Rhineland-Palatinate, and Richard Lutz (l), CEO of Deutsche Bahn (DB). Photo: picture alliance/dpa | Arne Dedert

“In recent days, I have had many discussions with the Federal Minister of Finance and have been able to convince him, with good arguments, that we need better public transport fare structures,’ said Wissing. “That’s why he, too, is behind the concept of doing something better than what we have had in public transport so far.”

“What is important, of course, is that in the end there is joint financing between the states and the federal government.”

When pushed on what a successor ticket could be, Wissing said authorities needed to work out “what such a ticket should look like, where it can apply, how we can finance it together, what the states can contribute”.

“And if we know exactly what the structure of the ticket should be, how it should be distributed, then at the end of the day the question must be: How do we structure the price?” he said.

On Wednesday morning, Lindner posted a photo of the two politicians and said: “Volker Wissing has convinced me: he can implement a nationwide, digital ticket with a fraction of the funding of the 9EuroTicket/s. Now it’s the states’ turn. When the funding issue is clear, the price can be set.”

In the radio interview Wissing said the public deserved “improved tickets that offer more, that are valid throughout Germany, that can be purchased more easily, via digital structures”.

He added: “After all, things can’t just stay the same forever if people expect them to improve, to become more modern.”

According to industry figures, around 52 million €9 tickets have been sold. The government financed the campaign with €2.5 billion to compensate lost revenue for transport providers.

Travellers arriving at the UK’s biggest airports over the Christmas period could face severe delays and even risk having their flights cancelled as a result of strike action by British border force staff.

A senior UK Border Force official told the i newspaper that “travellers can expect long queues at the airports affected by the strikes. We’re looking at similar waits as when we had all the Covid protocol issues in summer 2021 when queues of 10 to 12 hours were not unusual.”

“Passengers should also expect flight cancellations due to staff shortages,” they added, “so should keep in touch with their airlines before travel.”

The Public and Commercial Services union (PCS) has voted for strike action over pay and conditions from December 23rd until the end of the year, with the exception of December 27th, that will affect all major UK airports.

The walkouts threaten to ruin Christmas travel plans for thousands of people coming from around the world, including Britons who live in Germany hoping to return home for the festive period, or leave the country to enjoy a skiing holiday in Germany over Christmas. They also affect the thousands of flights set to layover in the UK before flying to North America or other destinations.

British media outlets estimate that as many as two million passengers have booked to fly in and out of Britain over the Christmas period on at least 10,000 flights scheduled to arrive at the affected airports.

Germany is a hugely popular destination for British citizens moving abroad, especially among young people who chose to emigrate at the time of the Brexit referendum. As of 2021, around 80,000 British citizens lived in Germany – not including those with a German passport – and this expat community could be particularly inconvenienced by the Christmas travel chaos.

Where are the walkouts?

Around 1000 Border Force staff are set to walk out from all of the UK’s busiest airports, including Heathrow (Terminals 2,3,4 and 5), Gatwick, Birmingham, Manchester, Glasgow, Cardiff, and also the port of Newhaven.

The strikes will fundamentally affect passport checks for arrivals into Britain, as 75 percent of passport control staff are PCS union members.

Christmas is already one of the busiest travel times of the year, and walkouts from border staff are likely to cause severe delays and cancellations. Some British media outlets are even reporting that passengers could be left to wait on their planes on the runway, something that would then have a knock-on effect on other incoming flights.

Though passports aren’t usually checked on outbound flights, arriving aircraft often turn around and set off on their next outbound journey within an hour or two. If queues for arrivals become so bad that passengers are kept on the runway, outbound flights will be delayed and departures could be cancelled. 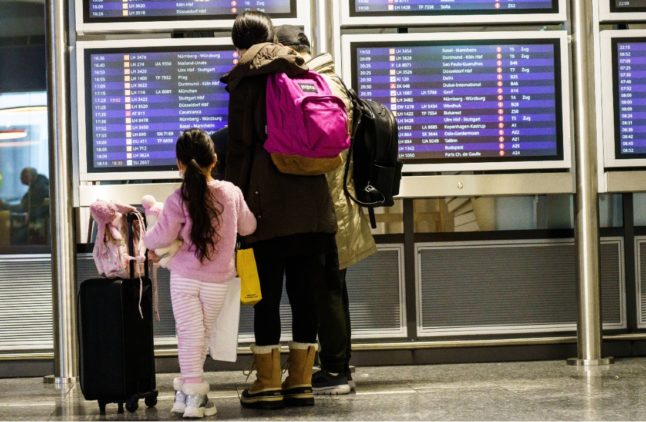 A Home Office spokesperson said in a statement that “passengers should be prepared for potential disruption.”

“We expect it will be necessary for airlines to cancel some services on the days impacted by strike action to ensure the number of arriving passengers aligns with lower UK Border Force resources,” a spokesman from Manchester airport said in a statement. “Arriving passengers should also be prepared for much longer immigration queues on strike days, owing to reduced Border Force staffing levels.”

A Heathrow spokesperson said: “The Home Office advises that immigration and customs checks may take longer during peak times on strike days… Passengers are advised to check their flight status with their airline before travelling.” they added.

The British Transport Minister, Baroness Vere, has said that “the government does have mitigations in place,” which is thought to include army personnel and volunteers filling in for the striking staff.

So far, there haven’t been any strikes announced at major German airports over the Christmas period, though long waiting times and queues are usually a feature of any festive travel.

Last year in late December, around 40 flights out of Frankfurt were cancelled as a result of a strike called by the Verdi service workers’ union. This year has also seen several rounds of industrial action at German airports, with pilots from the low-cost Eurowings airline striking over working conditions most recently.

Airports and airlines in Germany have also been hit by staffing issues in the aftermath of the Covid-19, with Lufthansa revealing that it needed thousands of new staff members to make up for those it had let go during the pandemic. However, hiring offensives over summer could mean that many of these issues are at least partially resolved by Christmas.

What if I have flights booked?

As the strike action has just been announced, normal cancellation rules still apply (for now) so don’t cancel your flight just yet. If your flight is cancelled by the airline, however, as is expected for many carriers in the coming weeks, your regular rights will apply, including the possibility of being flown via another route, even on another airline if necessary, and hotels should be provided if you are kept overnight.

However, it is worth noting that as Christmas is a peak travel period anyway, finding extra seats as flights are cancelled may be difficult.

It remains to be seen if, when, and how many flights will be cancelled. Cancellations are expected by all major airports, who have advised that passengers check the status of their flights before travelling.

For those who are set on travelling, expect severe delays at passport control, and keep an eye on the status of your flight in the coming weeks.