A nurse prepares a dose of the Pfizer/BioNTech vaccine at a Bavarian vaccination centre. Photo: picture alliance/dpa | Matthias Balk

The head of the German Pharmacist’s Association is warning of a “timebomb” on supply shortages in the country’s pharmacies.

Hans-Peter Hubmann, chairman of the Deutscher Apothekerverband (DAV), says pharmacies around the country are increasingly seeing delivery delays or simply running out of medications.

“Right now there’s about 250 medications listed as being simply undeliverable,” he said as the DAV prepared to mark World Patient Safety Day on Saturday.

Some medication shortages have been going on for months, or even years in some cases, said Hubmann, but the problem has recently gotten worse. DAV reports there was an absolute shortage of the tamoxifen breast cancer drug in both April and May, leaving the patients affected with little recourse at that time.

Shortages are also not simply in niche drugs, but in stocks of medications that are widely used, such as children’s fever syrup, blood pressure medications, and painkillers.

READ ALSO: Why are medicines in Germany only available in pharmacies?

“There’s always a few bottlenecks here and there because of a supplier failure, but less than half the products currently affected had shortages five years ago,” he said.

The DAV says China’s current ‘zero-Covid’ approach has made the problem worse because many producers no longer find it economical to produce certain medicines in Europe. Fever syrup, to use one example, is under a price cap – limiting the incentive to produce it in Europe. With active ingredients produced in China or other East Asian countries, the lockdowns at Chinese ports prevent certain medicines from being shipped to Europe in a timely manner.

“That’s why we’ve been demanding that active ingredient production takes place in Europe again,” Hubmann said, asking for politicians to create incentives for companies to do so.

However, he says that even if they did, it would take five to 10 years for the supply problems to alleviate. “That doesn’t happen overnight,” he says.

An Association (often, but not always, used in the context of trade associations) – (der) Verband 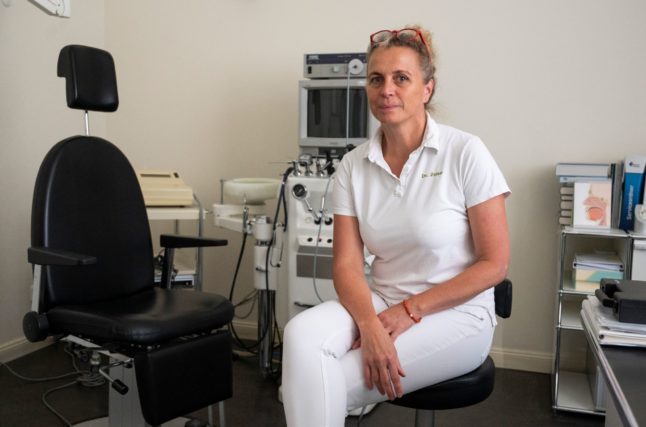