"A rush like this in the summertime, it's unheard of -- everybody wants coal," says Frithjof Engelke, a supplier of the briquettes which have become a hot commodity in the German capital.

A looming shortage of Russian gas in the wake of the Ukraine war has reignited enthusiasm for this method of heating private homes despite its sooty residue and heavy carbon footprint.

Engelke, 46, head of the century-old Berlin business Hans Engelke Energie, says it's brought a bonanza for his family business: "My holidays will have to wait."

He and his team are frenziedly taking orders, organising deliveries by truck -- now booked out until October, and getting supplies ready for those who come directly to pick up coal from his warehouse.

On a hot summer's day, he weighs and bags loose coal amid the dust and din of his filling machine, then arranges the bags on pallets, awaiting customers.

In Berlin, 5-6,000 homes still heat with coal -- only a fraction of the city's 1.9 million homes, say municipal authorities.

Engelke's customers are often elderly people, sometimes entirely dependent on coal and living in old dwellings that have never been renovated.

Others are lovers of the "cosy" heat emanating from often ornate old ceramic stoves.

But this year, new customers have arrived "en masse", says Engelke, whose medium-sized company has also diversified into wood pellets and fuel oil.

"Those who heat with gas but who still have a stove at home now all want to have coal," he said, citing a phenomenon seen throughout Germany as winter approaches.

'Better than being cold'

Jean Blum is one of the new converts.

The 55-year-old man with tousled hair and a bushy white beard loads 25-kilogram (55-pound) bags filled with precious black briquettes in his trailer.

"I'm buying coal for the first time in years," he tells AFP.

Since his home is equipped with gas heating, he sometimes lights his stove, but only with wood. 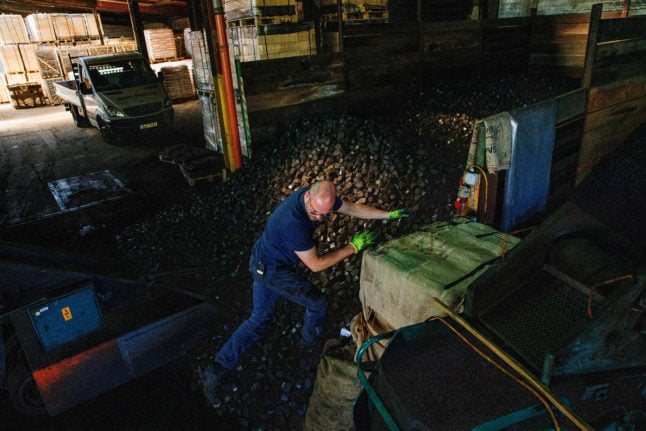 A worker loads briquettes of coal in the storage of of the storage of the "Hans Engelke Energie" heating products business in Berlin. Photo: Carsten Koall / AFP

With the jump in gas prices, which will be exacerbated this autumn when operators will be able to pass on the increase in energy levies to the consumer, Blum wants to make sure he has a safety net.

"Even if it's bad for your health, it's still better than being cold," he says.

Although coal prices have soared 30 percent this season, it remains cheaper than wood, whose price has more than doubled.

"I worry when I wonder if there will be enough gas for everyone," he adds, noting that Russian President Vladimir Putin has already partially closed the gas tap on Germany after Western nations imposed new sanctions on Moscow.

The black fuel is experiencing a comeback on several fronts in Europe's top economy.

The German government had already resolved to increase the use of coal-fuelled power plants to satisfy the enormous appetites of several industries.

However Berlin insists it will keep its pledge to phase out the heavily polluting energy source by 2030 and rules out a "renaissance of fossil fuels, in particular coal," as Chancellor Olaf Scholz recently vowed.

However with new private customers coming out of the woodwork, production has a hard time keeping up, and many small coal merchants in the capital are running out of supplies.

"We produce at full capacity during the summer, with three shifts, seven days a week," Thoralf Schirmer, spokesman for LEAG, a mining site in the Lusatia basin, told AFP. 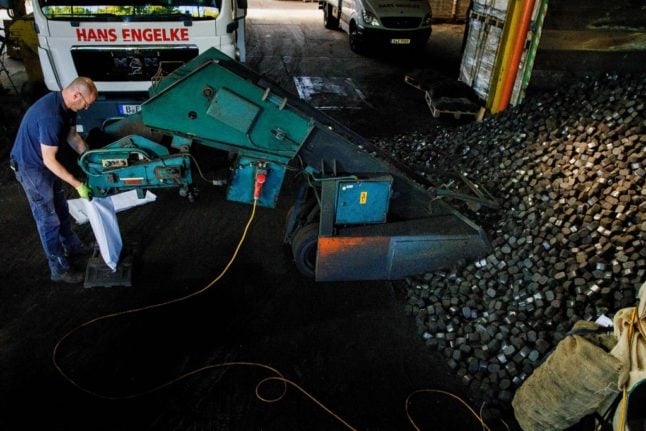 Production has jumped 40 percent since January, he said, but demand is strong everywhere and the situation is expected to remain tense at least until this winter.

Adding to the pressure is the fact that the other factory supplying the market in Germany, based in the Rhine valley, will cease production at the end of the year, reducing supply.

"I dread the winter a bit," Engelke, the coal seller, admits.

Currently, people are relatively relaxed when they learn that they will have to wait at least two months before getting deliveries, he says.

"Things will be radically different when it starts to get cold outside."