EXPLAINED: How much will Germany’s gas levy cost you?

On Monday, gas operators in Germany announced an additional charge of 2.419 cents per kilowatt hour which will come into force in October. Here’s what you need to know.

Households in Germany will face significantly higher gas prices this autumn and winter.

The gas transmission system operator, Trading Hub Europe, announced on Monday that German gas suppliers will be allowed to add 2.419 cents per kilowatt hour to the price of gas from October onwards, to help them cope with hugely increased procurement costs.

The surcharge is aimed at sharing out the soaring costs borne by energy importers after Russia drastically decreased gas supplies to Germany after the invasion of Ukraine.

Gas importers have so far taken on the additional costs themselves, but a new rule agreed by the government allows them to pass on ballooning costs via the levy to households from October 1st.

How much more are you likely to pay for gas?

For an average family house of 160 square metres, which uses 23,000 kilowatt hours per year, this surcharge would amount to around an extra €556.

Those who live in an apartment of 85 square metres, which uses an average of 12,000 kilowatt hours per year, will be likely to pay an extra €290 annually.

The levy will primarily affect property owners with gas heating, as well as tenants living in households that have floor heating and their own gas contracts.

What is not yet clear, however, is how households in Germany supplied with Fernwärme (district heating) will be affected by the levy. 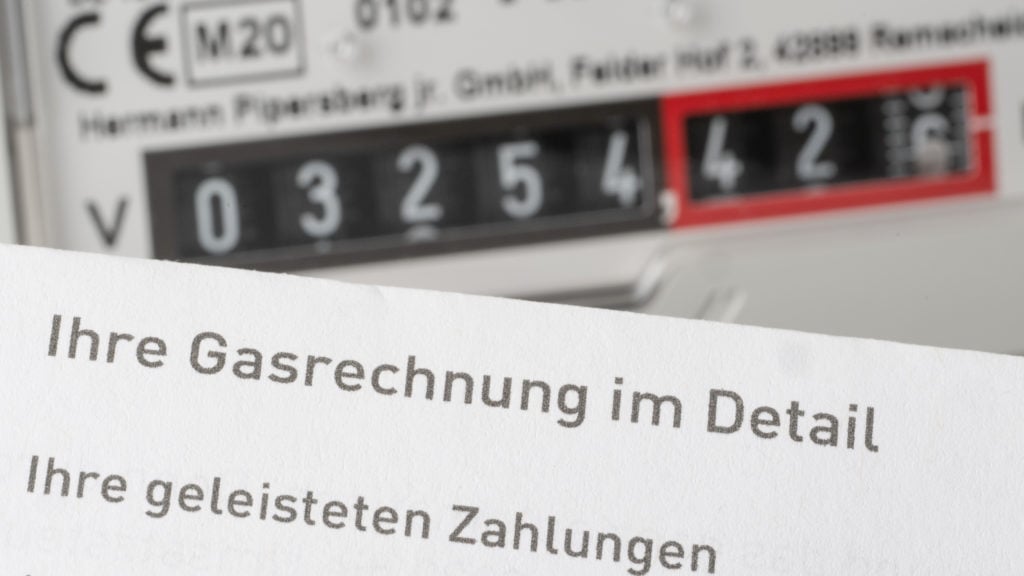 A gas bill in front of a meter, which reads: "your gas bill in detail". Photo: picture alliance/dpa | Bernd Weißbrod

In many places, this type of energy supply comes from gas-fired power plants and operators of such power plants are supposed to pay the surcharge.

So far operators have no legal means of passing on these costs to their customers, but the German government wants to look into this issue, so this is likely to change.

Will VAT be charged on the levy?

The German government wants to waive the value-added tax on gas, but it needs permission from the EU to do so. Finance Minister Christian Lindner (FDP) wrote to the Commission on Friday asking for an exception to EU law to be granted so that Germany does not have to charge VAT on the state gas levy.

In a letter to Finance Commissioner Paolo Gentiloni, the FDP politician wrote: "VAT on state-imposed levies drives up prices and meets with increasing resistance from the population, especially in the current, exceptional situation."

It is not yet clear how the Commission is likely to respond to this request.

Yes. Numerous gas suppliers have already increased their prices more than once throughout the course of the year.

Most recently, suppliers such as Rheinenergie, Wuppertaler Stadtwerke and Energieversorgung Oberhausen announced significant rate increases. "There is a major wave of price increases," says energy expert Udo Sieverding from the consumer centre of North Rhine-Westphalia.

In the case of Rheinenergie, for example, an average household, with 15,000 to 20,000 kilowatt hours of annual consumption, is already paying just under €2,000 in additional annual costs after the latest round of price hikes, even before the levy.

Will there be government help for consumers?

Economics Minister Robert Habeck (Greens) announced that the third relief package from the German government will be in place by the start of the levy on October 1st. The traffic light coalition has also agreed on a reform of the housing allowance and is planning a permanent heating allowance for low-income households.

In addition, the new 'citizen's allowance' - a replacement of the current unemployment benefits system - is due to come into effect next year, and promises higher standard rates for the unemployed.

At the beginning of September, Chancellor Olaf Scholz (SPD) will meet with social partners and other experts as part of a concerted action to discuss relief measures. The main focus will be on supporting lower-income groups that are hit hardest by high energy costs.

The SPD and welfare associations are proposing, for example, monthly direct payments to recipients of basic security and housing allowances and a price cap for a basic quantity of gas is also being discussed.

Economics Minister Robert Habeck explained: "Especially for those who don't have much, it's a heavy burden that is impossible or difficult to bear."

On Monday, Chancellor Olaf Scholz (SPD) tried to reassure people via Twitter that the government would help balance out the extra costs.

In the tweet, he said, "we won't leave anyone alone with the higher costs". At the same time, Scholz admitted: "It's getting more expensive - there's no beating around the bush. Energy prices continue to rise." So far, he said, government aid of more than €30 billion has already been agreed upon.