Who can get the monkeypox vaccine in Germany - and how?

The monkeypox virus continues to spread in Germany and the vaccines panel is recommending that three groups of people get a jab. Here's who can get one - and how.

The monkeypox virus is still spreading in Germany, with 2,982 confirmed cases of the disease recorded by the Robert Koch Institute (RKI) as of Tuesday.

The virus, which causes small lesions on the skin alongside flu-like symptoms, is primarily transmitted through close physical and sexual contact. The vast majority of cases have so far been found in gay men, though five women have also had the virus in Germany to date.

On Tuesday, the RKI reported that a four-year old girl in Baden-Württemberg had contracted monkeypox from two adults in her household but was asymptomatic. Before that, two teenage boys aged 15 and 17 were also found to have picked up an infection.

With the number of cases rising globally, the World Health Organisation (WHO) has declared the situation an "emergency of international scope" - the highest alert level possible.

This is a sign for members of the WHO like Germany to implement containment and preparation measures, such as rolling out vaccination campaigns. For its part, the Robert Koch Institute (RKI) is tracking the cases and has put out an information sheet about the best practices for avoiding the measures and what to do in the case of an infection.

What should people do if they contract the virus?

If people think they have a monkeypox infection, the first thing they should do is seek the advice of a healthcare practitioner such as a GP or sexual health advice clinic. However, the RKI advises people to phone the clinic beforehand to let them know they believe they may have the virus.

In confirmed cases of monkeypox, people should self-isolate at home until the lesions on their skin scab over and peel over, but for a minimum of 21 days. They should avoid physical contact and sharing items like hand towels or bed sheets with others and should wear condoms during sex for at least eight weeks.

Healthy people with no pre-existing conditions are generally fine to remain at home with someone who has contracted monkeypox, but those with weakened immune systems, pregnant women, elderly people and children under the age of 12 should move out for the duration of the isolation.

What monkeypox vaccines are available?

The smallpox vaccine Imvanex, which has been available in the EU since 2013, was approved for use against the monkeypox virus on July 22nd, 2022.

People are generally protected against monkeypox for at least two years after their first dose of Imvanex, but doctors recommend a second dose after a four-week interval in order to make this protection permanent.

The vaccine is generally seen as a preventative measure but can also be used up as a so-called post-exposure measure to lower the risk of getting ill after contracting the virus. In this case, the vaccination is most effective up to four days after exposure.

Who are monkeypox vaccinations recommended for?

So far, the Standing Vaccines Commission (STIKO) has recommended that two primary groups of people get a monkeypox jab: men who have multiple male sexual partners and people who work in infectious disease laboratories.

As mentioned, the vaccine can also be used to ward off illness or prevent a severe course shortly after someone has been exposed to the virus. 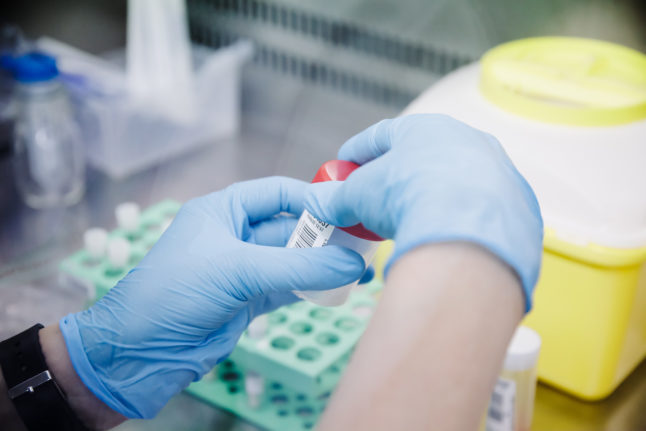 Is there enough vaccine to go around?

In May, the German Health Ministry preemptively ordered 240,000 doses of the vaccine - but so far just 40,000 of these have been delivered.

This is far too little to cater for the estimated 130,000 people who fall into one of the target groups for a jab.

The remaining doses are due to be delivered in August and September, though some pressure groups are already calling for more to be ordered.

On Friday, the German Aids Federation (DAH) called on the government to secure at least one million doses of the monkeypox vaccine in order to help stamp out the virus in Germany.

“The goal must be to reduce the number of infections as quickly as possible and to get the epidemic permanently under control,” explained Ulf Kristal of the DAH board.

This can only be done if as many people in risk groups as possible are vaccinated, he added.

How can people book a jab?

At the moment, this varies quite a bit from state to state, with some issuing the jabs via the local health authorities and others supplying the doses to specialist HIV clinics and hospitals.

In Saxony-Anhalt, Bremen and Hesse, vaccinations are primarily organised through the local health authorities, so this should be your first point of contact to enquire about a jab if you live in these states. In Frankfurt am Main, however, a handful of specialised HIV clinics are also carrying out vaccinations, according the FAZ newspaper.

In Saarland, too, appointments should be booked through the health authorities, though they are carried out at Saarbrücken University Clinic. In Hamburg, jabs are being administered solely at infectious disease clinics. 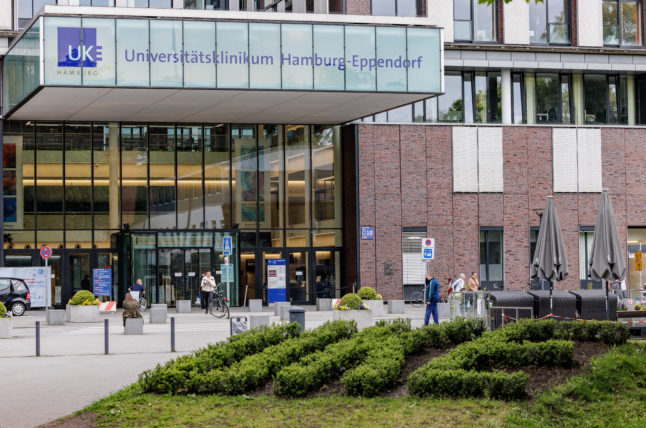 The main entrance to the University Clinic in Hamburg, where monkeypox patients have been treated for the disease. Photo: picture alliance/dpa | Axel Heimken

Berlin offers the most diverse range of vaccinations and, with 8,000, has the largest number of vaccine doses available. Vaccinations are given in HIV specialist practices, counselling centres for sexual health as well as in several hospitals. A list of vaccination centres has been compiled by the German Association of Outpatient Doctors for HIV Treatment. Neighbouring Brandenburg organises vaccinations through the local health authorities as well as through GP's practices.

In three federal states, only hospitals are responsible for monkeypox vaccinations. In Saxony, hospitals in Chemnitz, Leipzig and Dresden have been vaccinating since the end of June. In northern Schleswig-Holstein, outpatient clinics in Kiel and Lübeck are responsible. Neighbouring Mecklenburg-Western Pomerania is administering its doses exclusively through the University Medical Centre Rostock.

Several federal states have opted to roll out monkeypox vaccinations through both HIV clinics and hospitals. These include Bavaria, which has more than 3,500 vaccination doses available, as well as Rhineland-Palatinate, Lower Saxony and North Rhine-Westphalia, for which a list of all vaccination centres was recently published.

What else should people know?

The monkeypox vaccine is perfectly safe, but people can experience a few side effects for a day or two afterwards, including soreness on the vaccination arm, fever and headaches.

People with HIV should talk to a specialist before getting the vaccine, because the effectiveness may vary depending on your Helper T cell count.

For more information on the clinics offering jabs, the German Aids Federation has published a helpful Q&A along with a list of clinics in each of the federal states, which can be found here (in German).