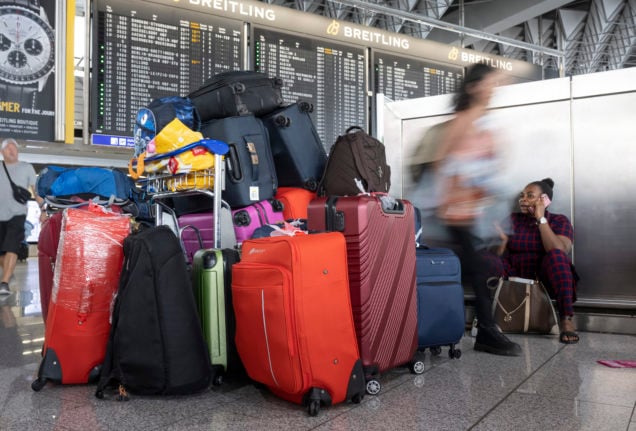 Passengers wait for their flight next to a pile of luggage at Frankfurt Airport. Photo: picture alliance/dpa | Boris Roessler

Speaking to RND on Wednesday, Thomas Richter, the chairman of the ground handing service providers’ association, said it was “realistic” that at least 250 new staff from abroad would take up roles at German airports this month.

The recruits are in the “final stages” of compiling their documents, he said.

It is hoped that the arrival of new workers could help to ease the pressure on current airport staff over the peak travel period.

As part of cost-cutting measures during the pandemic, transport hubs like Frankfurt Airport sacked thousands of staff in areas like security and baggage handling, leading to severe staff shortages and ongoing logistical problems this summer.

READ ALSO: Why is flying in Germany so expensive and chaotic right now?

The new employees are likely to be stationed at Munich, Frankfurt and Nuremburg airports, where thousands of flights have been cancelled in recent weeks due to staff shortages.

It comes after the government announced it would be creating routes for temporary workers from third countries to work in German airports during the summer months.

The new workers, which are mostly being recruited from Turkey, are required to work at the airports for a set period of time and must be paid a fair wage.

However, employers at airports have complained that the obligatory background check is delaying the recruitment of desperately needed staff.

The CEO of the airport association, Ralph Beisel, told RND that the process could be made “significantly easier” through a more efficient background check on new recruits, “without sacrificing safety standards”.

Even with the arrival of 250 additional staff at German airports, it’s unclear if the travel mayhem of the last few months will be resolved.

The German Air Transport Association predicts that around 2,000 extra workers are needed over summer, meaning that the new recruits will represent just 10 percent of what is required.

Germany’s largest airline Lufthansa also continues to be embroiled in an industrial dispute with the union representing its ground crew staff, who are demanding a pay rise of 9.5 percent or at least €350 per month.

Last Wednesday, more than 1,000 flights were cancelled due to strikes in Frankfurt and Munich, affected around 134,000 passengers.

This Wednesday, representatives of Lufthansa and the service workers’ union Verdi will meet for the third round of negotiations. If no agreement is reached, further strikes could be on the horizon.

There are also threats of strikes from the Vereinigung Cockpit union, which represents German pilots.

Last week, the members of the union voted by a large majority in favour of industrial action, paving the way for immediate strikes.

So far, however, no fixed date has been set for a walkout of the some 5,000 pilots at Lufthansa. 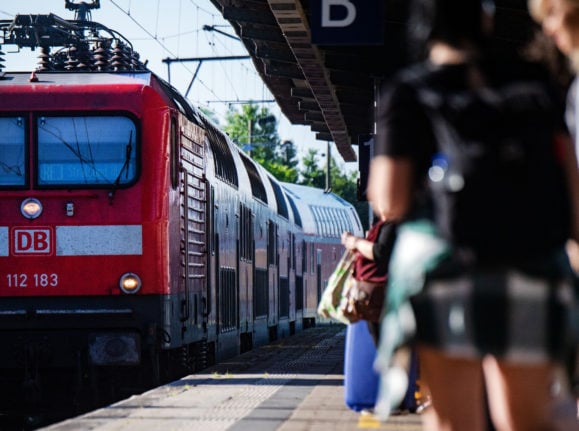 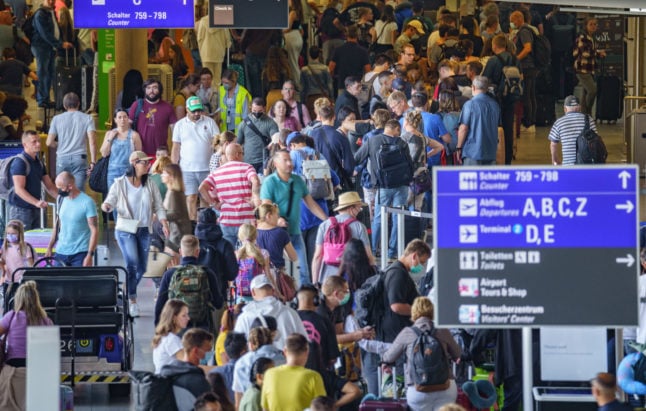 READER INSIGHTS
‘Horrible queues’: What Frankfurt airport is really like this summer

In three weeks’ time, Germany’s cheap summer travel offer will come to an end. While members of the traffic light coalition government have been unable to agree on a continuation of the ticket, the majority of Germans are in favour of keeping the heavily-discounted travel card in place.

According to a survey conducted by the opinion research institute Civey for German news magazine Spiegel, 55 percent would like to see an extension of the ticket, which allows people to use public transportation throughout Germany for €9 per month. Meanwhile, 34 percent of Germans are against extending the offer.

Leading Green Party politicians have put forward proposals for a cheap successor to the €9 ticket: a regional ticket for €29 and a nationwide ticket for €49 a month.

Meanwhile, FDP Finance Minister Christian Lindner has heavily criticised demands for extending the cheap transport deal. On Monday he tweeted that a “freebie mentality is not sustainably financeable, not efficient and not fair”. He also told the  Augsburger Allgemeine that there is no scope for an extension in the federal budget.

The Spiegel poll backs up the results of a questionnaire conducted by The Local, which showed that 85.4 percent of readers want the €9 ticket to continue after August. Meanwhile, 47.2 percent of readers said that reduced cost was the most important issue for them in relation to public transport in Germany.

Reader Asa from Hamburg, 26, told the Local “I’d love to see a successor to the €9 ticket supported. It’s given me the chance to explore the surrounding towns in a way that would otherwise be financially unviable.”

Bethany, a reader from Kaiserslautern, said she had replaced at least six long-distance car journeys with public transport in June and July.

“Before, the cost of taking a train wasn’t worth it. But now? I’ll put up with delayed trains for €9,” she said.