Lufthansa passengers faced massive travel disruption Wednesday as a strike led the German airline group to cancel almost all its flights from its domestic hubs in Frankfurt and Munich.

Lufthansa axed more than 1,000 flights after the one-day walkout by ground staff was called by the powerful Verdi union earlier in the week.

The stoppage promises to bring more pain to a turbulent summer for air travel across Europe.

Lufthansa had already cancelled thousands of flights over the summer as the airline industry contends with ground-side disruptions.

"Lufthansa reduced its staffing during the (coronavirus) crisis, despite being saved by the taxpayer, and now there are personnel shortages in all corners," said Verdi Lufthansa representative Marvin Reschinsky. 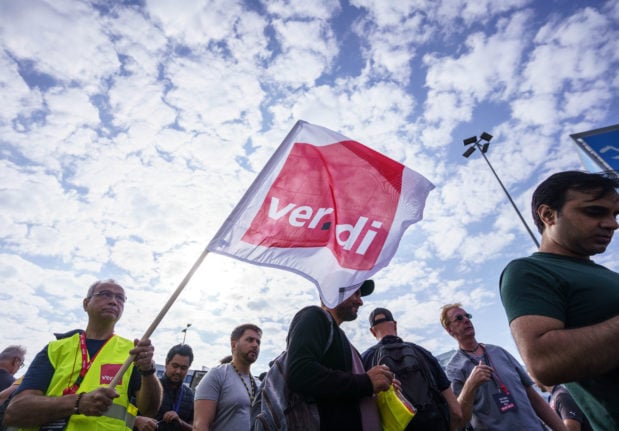 "We now need financial investments in personnel to make sure air travel is still possible in the future," he told AFP.

Participation in the strike was "enormous", he said, reflecting the financial pressure employees feel from a recent surge in inflation, which
stood at 7.6 percent in Germany last month.

After two years of the pandemic which battered the industry and led to long work stoppages for employees "all the savings are used up", she told AFP.

"We would have liked not to have to go out into the streets today. Lufthansa could have avoided that by making a reasonable offer," she said.

The strike was "wholly unnecessary" and had destroyed the "holiday dreams of more than 100,000 people", said Lufthansa spokesman, Martin Leutke.

READ ALSO: How the Lufthansa ground crew strikes at German airports could affect you

Lufthansa was seeking to find alternatives for stranded passengers but Leutke warned that the process was "not easy in the peak travel period because all the flights are full".

"I wanted to go to Tunis but the flight is cancelled," Adel Zayani said to AFP, adding that he would now have to wait for a flight tomorrow.

The strike was "good for people, workers" who needed to earn money but "not easy" for passengers, said the 56-year-old.