Everything that changes in Germany in August 2022

From the €9 ticket and fuel tax cut, to travel chaos, tax deadlines and digital steps forward, here's what's changing in Germany this August.

Germany’s €9 monthly public transport ticket offer continues until the end of August so people will be able to buy and use it for the month before it it's gone when September starts (sadly).

The fuel tax cut is also in force until the end of August. For petrol, the government-subsidised "tank rebate" is about 30 cents per litre, for diesel about 14 cents per litre. The reduction is limited until August 31st.

No plans have been announced yet to extend these measures.

The summer months have been chaotic for travellers, and we have seen examples of airports congested throughout Europe. This will continue during August, as airlines have cancelled more than 25,000 flights from their August schedule.

In Germany, around 6,000 flights operated by Lufthansa alone have been scrapped from the summer schedule.

It may be that more strikes are announced if an agreement on pay for the 20,000 ground staff isn't reached. Keep an eye on The Local's homepage.

There is only one official holiday in Germany in August - Assumption Day - or Mariä Himmelfahrt - on August 15th. It is a regional holiday for the states of Bavaria and Saarland.

It falls on a Monday, so don’t forget to prepare yourself for it, as most shops and supermarkets will be closed on the holiday and Sunday as well (as they always are in Germany).

Those who have their tax return for 2020 prepared by a tax advisor or an income tax assistance association still have until August 31st to hand it in.

The deadline was extended again in May to relieve tax advisors who have extra work in their plate with auditing Covid financial assistance during the pandemic period.

READ ALSO: Why people in Germany have longer for their tax returns this year

Whether it's the scope of work, length of probationary period, possible overtime or notice period, employment contracts issued from August 1st onwards must clearly state in writing the working conditions for new jobs.

It must also be documented what wages will be paid, how they will be made up, what further training has been promised, what the shift system and rest breaks will be like, and what applies to the remuneration of overtime, allowances and bonuses.

Information on contracting parties, remuneration and working hours must be provided in writing to new employees no later than the start of employment - all other supporting documents can be given within seven calendar days.

From August 1st, there will be more BAföG financial assistance for students. The maximum support rate for students will be raised from €861 to €934 per month. The tax-free amount on the parents' income, which is the basis for calculating the education grant, will also go up. This also increases the group of those eligible for support.

READ ALSO: German students to get higher grants from winter 2022 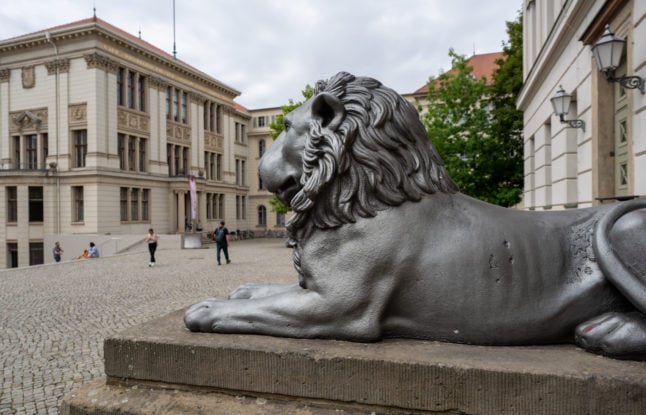 For stonemasons and people in the stone-sculpting trade, new industry minimum wages will apply from August 1st 2022; instead of €12.85 per hour, employees will get 50 cents more, raising it to €13.35. Independently of this, there is also the German statutory minimum wage, which will increase to €12 in October.

From August 1st, anyone who wants to establish a GmbH (a company with limited liability) or KG (limited partnership) can do so without having to attend the notarial certification in person - they can also do it via online video communication.

This is regulated by the Act on the Implementation of the Digitalisation Directive (DiRUG). "The parties involved are identified by means of an electronically transmitted photograph in conjunction with an electronic proof of identity, e.g. the German identity card with eID function," explains the Hanover Chamber of Industry and Commerce.

Pupils return to the classroom - or go on holiday

Schools in several states will return after the summer break in August. But the southern states of Baden-Württemberg and Bavaria are the last to go off on their school holidays – at the end of July and on August 1st respectively.

Cheaper medicines in the pharmacy

Patients who are prescribed biopharmaceuticals (or biologics) by their doctor, which are often used for Crohn's disease, arthritis or cancer, can be given cheaper medicines of the same type at the pharmacy from August 16th. This is regulated by the "Law for More Safety in the Supply of Medicines".

The biosimilars, i.e. similar biological medicines, are to come into circulation more quickly, and drug costs are to be reduced. The law is intended to relieve the burden on health insurance companies. The imitation products are produced and tested by the European Medicines Agency (EMA) under strict criteria as soon as the patent for a drug expires, and are considered to be just as effective as the respective original.

Since March 2020, measles vaccinations have been compulsory in communal facilities such as Kindergartens, asylum seekers' and refugees' accommodation and in medical facilities - for caregivers and other employees in the facilities.

Those who already worked in one of the above-mentioned facilities before March 2020 were granted a transitional period until July 31st 2022 to present proof of vaccination.

People who do not comply with the vaccination obligation will be banned from care or work from August 1st, and could also face fines of up to €2,500 if they flout the rules. People who cannot get the vaccination for medical reasons and those born before 1971 are exempt from the measles jab mandate. 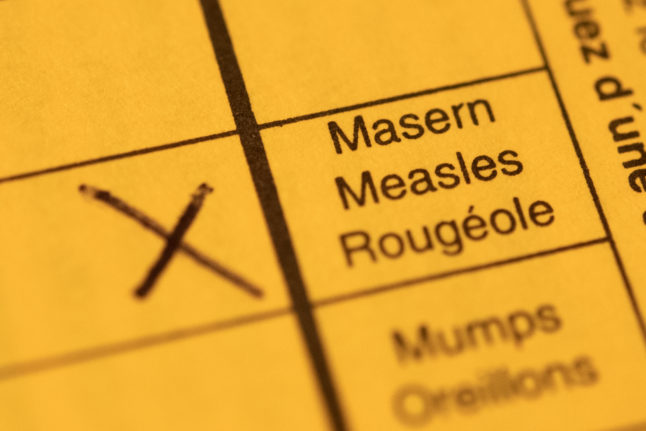 Titanium dioxide is used as a whitening agent in wall paints, varnishes, cosmetics and medicines. But foodstuffs such as chewing gum, sweets, baked goods, soups and salad dressings also often rely on it, especially in the USA. It's found on the packaging as the additive E171.