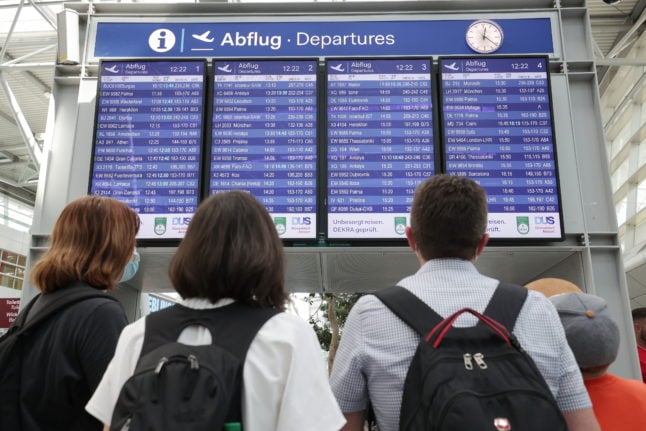 Travellers stand in front of a departure board at Düsseldorf airport. Photo: picture alliance/dpa | David Young

Jumping on a plane and going somewhere on holiday used to be an exciting experience. But lots of things have changed in the last few years.

Firstly, Covid restrictions made travel abroad extremely difficult. And now staff shortages due to companies letting go of staff, or workers leaving, mean there is chaos in airports and lots of flight cancellations at the moment. Added to that is that flying has become significantly more expensive amid the backdrop of the rising price of crude oil and inflation in general.

Another point is that society is more aware of climate change. So booking a flight now includes thinking more about the environmental impact than perhaps we did in the past. Yet getting the train can often be very expensive and takes longer. All of this adds to the stress of travel.

Here’s an overview of the current situation to help you understand what’s going on.

Why are the prices for flight tickets exploding?

There are several reasons. One major factor is the development of the price of crude oil. Since Russia’s invasion of Ukraine on February 24th this year, the price of crude oil has rocketed upwards significantly. This is now filtering through to customers who are seeing more expensive air fares.

Furthermore, the demand for flights after two years of pandemic restrictions is off the charts. Lufthansa boss Carsten Spohr recently said that even first-class flights coming in at the price of a small car are in high demand.

Airlines can’t currently cope with the demand, leading to many cancellations. Lufthansa, for instance, has scrapped a total of more than 5,000 flights from its July and August schedules so far. The fact that flight tickets are much pricier now while the service is terrible is certainly very annoying.

Are the price hikes short-term or long-term?

There are many indications that air fares will tend to go up or remain at a higher level than in the past. Even low-cost pioneer Michael O’Leary, head of Ryanair, recently complained about tickets being “too cheap”. Because of the general rising costs, he assumes that there will be price increases of 25 to 50 percent for his airline. Among other factors, this is due to the high crude oil prices, but also the pressure on many airlines and airports to significantly increase staff salaries. 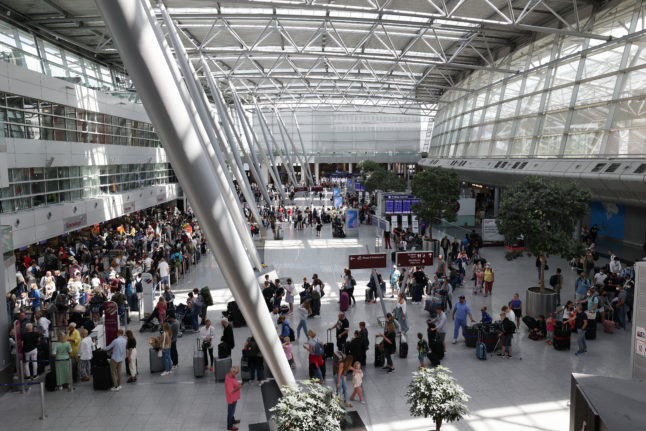 Can I still fly cheaply?

Times are tough right now, and people are looking for a good deal. It is worthwhile comparing departures at different airports. If there’s an airport one or two hours away, you could consider travelling there if the flight is much cheaper.

In Bavaria alone, there are three commercial airports with an extensive route network: Munich, Memmingen and Nuremberg. Furthermore, there are other options in neighbouring states or abroad, for example in Salzburg, Austria. It is also worth comparing prices for departures at the weekend with those during the week. It can be much cheaper during the week, but the downside is that most people would have to book a day off work, using up their annual leave allowance.

You can still get a reasonable deal sometimes if booking in advance, but keep in mind that airlines have changing flight schedules and short-notice cancellations at the moment – even if you’ve booked a flight months in advance.

How quickly can German airports get employees to build staffing levels back up?

It will take a while, according to industry insiders. In the peak of the Covid crisis, many aviation companies cut too many jobs, and the roles can’t be filled quickly.

What happened to the idea of recruiting employees from Turkey?

Due to the summer chaos at airports with long queues and baggage going missing, the German government eased regulations to allow private firms to recruit workers from abroad.

The idea was to bring in 2,000 skilled staff from airports in Turkey to Germany for a few months. So far, however, interest seems to be limited. So, at least for this summer, short-term recruitment abroad is apparently not the best solution.

Head of the airport association ADV, Ralph Beisel said this week that disruption in airlines and airports in Germany was expected until October.

Is the end coming for domestic flights?

So far – unlike in France, for example – there have been no announcements on banning domestic flights in Germany. However, Lufthansa has cancelled some short connections in recent years because the same route can be served more cheaply and in an environmentally friendly way by train or bus.

As with everything though, it comes down to profit. Lufthansa often does not make money with flights on domestic routes used often by transfer passengers on their way to a hub like Munich or Frankfurt.

Germany’s Green party, currently in coalition with the Social Democrats and Free Democrats, have said in the past that they want to see fewer domestic flights, and instead make rail travel more attractive.

Should I even be flying?

Most of us are aware of the environmental impact of flying. However for many people – especially those living abroad – it is essential to fly.

If you do want to cut back on flying, we’d suggest trying to take trains when possible (for instance, while travelling domestically). Book in advance to get the best value train tickets. Right now the €9 ticket can also get you quite far on regional trains, but it may not be the fastest route.