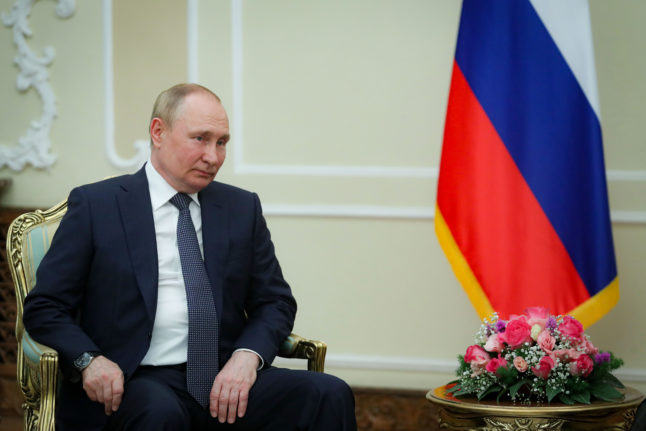 According to Russian news agency Tass – a state propaganda outfit – if western countries do not return a turbine repaired in Canada for the Nord Stream 1 Baltic Sea pipeline to Russia, the flow of gas to Germany will be cut for a second time.

In comments reportedly made by Putin in a meeting with Iranian President Ebrahim Raisi and Turkish leader Recep Tayyip Erdogan in Tehran on Wednesday, the capacity of Nord Stream 1 could fall even further to 33 million cubic metres per day at the end of July because “another unit” requires repairs.

The warning from Putin is believed to be an attempt to force Germany to reignite the Nord Stream 2 project after the pipeline was immediately halted following Russia’s invasion of Ukraine.

“We still have a ready route (for delivering gas) – that is Nord Stream 2,” Putin said. “We can put that into operation.”

The Nord Stream 1 pipeline – which is currently the main gas pipeline from Russia to Germany – was commissioned in 2011 and has a capacity of around 55 billion cubic metres of gas per year.

Since June, however, Russia’s state-owned energy giant Gazprom has reduced gas deliveries to Germany by around 60 percent to 67 million cubic metres per day.

Currently, the more than 1200-kilometre-long pipeline is also completely shut down for annual maintenance work, which is scheduled until Thursday. Some fear that the gas deliveries could be stopped entirely.

Chancellor Olaf Scholz (SPD) has criticised Russia for using the Siemens Energy turbine as a “pretext” for reducing its gas deliveries into Europe.

After Russia’s invasion of Ukraine, Moscow gradually cut off the gas to several European countries that have shown support for the war-torn nation. Germany believes Putin is using energy as a weapon to fight back against the ongoing sanctions.

The turbine in question, which was recently repaired in Canada, was held back for a long time as part of the sanctions. Most recently, however, Berlin lobbied its ally to return the turbine to Germany so that it could be reinstalled in the pipeline.

According to the German government, the delivery of the device is exempt from the EU sanctions against Russia because they are not directed against gas transit.

However, Moscow has said that so far neither the machine nor the accompanying documents have arrived.

Moreover, Putin’s statements in Tehran suggest that even after the end of the maintenance work and even if the turbine were installed, the pipeline still might not be brought back up to full capacity.

This could prompt the government to emergency energy measures in place in Germany this winter.