EXPLAINED: What you need to know about buying property in Germany

Traditionally a tenant-friendly country, Germany has one of the lowest home ownership rates in Europe. Costs to buy are high, but there are some tax advantages for those who choose to buy.

In the early to mid-2000s, when buyers in countries like the US, UK, and Canada raced against a hot market to snap up homes, German house prices actually fell. That experience has stayed with Germans - even as buying a home in certain cities becomes increasingly unaffordable. Just over half of people in Germany own a home, compared with around 65 percent of people in the UK, and around 75 percent of people in Greece. But even that number hides some pockets where home ownership in Germany is particularly low; in Berlin, less than 20 percent of people own.

Beyond past experience, costs to buy and sell are steep in Germany, and tenant protections tend to be stronger than in many other countries. Still - for some people, buying in Germany can still come with a few generous tax and investment advantages to make the decision worthwhile.

READ ALSO: The hidden costs of buying a house in Germany

The drive to buy a 'forever home'

Experts say Germans generally don't tend to buy more than one - or even several - homes in their lifetime, unlike some other places.

“The culture of trading in or flipping isn’t the same here. In fact, there’s plenty of variables which discourage it,” says Nick Mulder, Founder and CEO of Hypofriend, a Berlin-based mortgage broker that specifically serves the expatriate market.

As an example, Mulder points to the fact that in Germany, you cannot typically prepay your mortgage off until year 10. If you wanted to sell your home before then - perhaps to buy something larger - the contract you have with your bank or mortgage broker will typically require you to still pay the bank the interest they would have otherwise made off you. 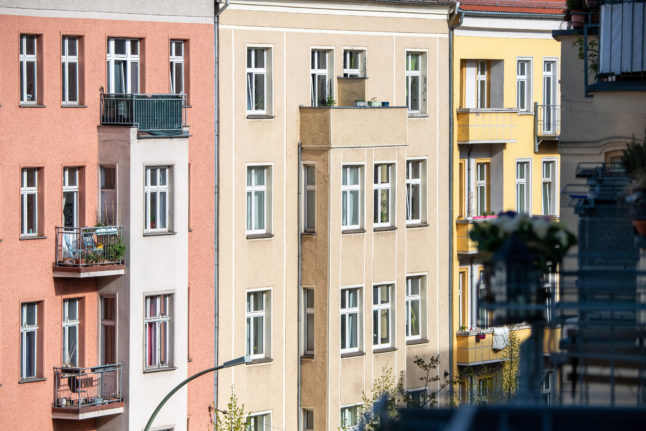 “That gives Germans an inflexible feeling of ‘when we buy we have to buy for the rest of our lives', says Mulder, adding: "Getting on the property ladder is just not as popular. There is also that cultural risk aversion that comes in more generally.”

READ ALSO: How Germany’s soaring property prices are out of reach for buyers

Several other high fees increase the incentive to buy the right place once, rather than buy to trade it in later. One is the land transfer tax buyers pay after purchasing their home. The exact amount varies by state, but comes in at anywhere between 3.5 and 6.5 percent of the purchase price.

In addition, a notary must preside over any real estate deal in Germany. During this long process - which can last several hours - the buyer and seller will sit and listen to the notary read out the entire deal, to ensure both sides understand it before signing. The notary will then collect a fee of anywhere between 1.2 to 2 percent.

Finally, the broker will also collect a fee of a maximum of 7.1 percent, which will be split between the buyer and seller.

“If you compare that to other countries, that’s just an exorbitant amount,” says Mulder.

Mulder adds that it’s less clear in Germany whether buyers should first find the home they want to buy or find a mortgage first, as banks don’t grant pre-approval for mortgages the same way they do in the US. Some places, including his brokerage, may issue a certificate saying how much a buyer can afford, to help make offers more easily.

If you’re not ready to buy your own forever home, many experts say purchasing a place to rent out to someone else is an increasingly attractive option in Germany.

“It is more advantageous, at least tax-wise, to rent out an apartment you own to someone else than to live in it yourself,” says Claudia Müller, Founder of the Frankfurt-based Female Finance Forum and author of Finance, Freedom, Provision – the way to financial independence. “You can, for example, deduct the interest payments on your mortgage off your rental income, reducing your tax burden.” 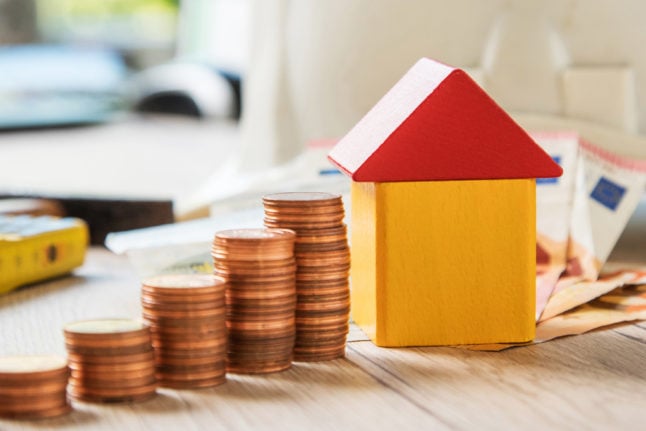 People have to save for several years to buy a home. Photo: picture alliance/dpa/dpa-tmn | Christin Klose

“If you rent it out, you can claim the respective expenses and any depreciation against the rental income you get. For some investments, there may even be special, higher depreciation rates. Depending on your costs and the rent you receive, the overall result might be negative,” says Dirk Maskow, and independent tax consultant based in Berlin and Düsseldorf. “If that happens, you can offset that loss against your other income, for example from employed or self-employed work.”

“Tax-wise at least, buy to let is a lot friendlier than in some other countries,” says Mulder. “That’s why you’re getting more younger people interested in buying up some small bits of real estate they can rent out.”

READ ALSO: Where in Germany can you still snag a home for under €100k?

What’s next for the German housing market?

As in many place, prices have gone up in Germany and fewer people are able to afford to buy property, with a 10 percent increase seen in recent years.

Mulder says he expects interest rates, or the cost of getting a mortgage, to go up in the next six to 12 months - particularly as Russia’s invasion of Ukraine stokes higher inflation and cost of living.

READ ALSO: How Germany’s property boom could be slowing down

With interest rates in Germany having increased from 1 percent to 3.5 percent, Mulder says banks are getting more selective about who they will lend to, meaning fewer people will be able to afford property. He eventually expects demand to drop accordingly and price increases to moderate - although German property is still likely to increase in value, just at a steadier rate than the major uptick we’ve seen in recent years.

He says to watch out for one major variable that will impact buying behaviour: how German-based companies will view remote work after the Covid-19 pandemic. "If you only have to be in the office one day a week instead of five, you might consider buying in the countryside. If companies are sceptical of remote work, we’ll see people who live in the city who won’t be able to buy."