Moving to Germany For Members

The pros and cons of living in Germany

Germany is a hugely popular destination for expats - and for good reason! But when you're weighing up whether to relocate, you'll also need to have an honest look at both the good and the bad.

Every year, more than one million people decide to pack up their own lives and make Germany their home. It's certainly a country with a lot to offer - though it may not be for everyone.

Here are the main pros and cons about living in Germany.

1. There are great career opportunities on offer

Germany is not only the largest economy in Europe but also the fourth largest economy in the world, making it a magnet for both startups and multinationals. It also happens to have a huge skills shortage, which means they're always keen to welcome new workers from abroad.

Though salaries may pale in comparison with Germany's ultra-rich neighbours like Luxembourg and Switzerland, they're pretty decent in comparison to the cost of living. In 2021, the average employee in Germany earned a highly respectable €49,200 per year - around €5,000 higher than in the UK. For workers in less well-paid jobs, the minimum wage is set to go up to €12 per hour in September. This is one of the highest minimum wages in Europe.

2. You can get lots of paid time off

Employees in Germany get a minimum of four weeks off per year, which amounts to 20 days of paid holiday for a five-day working week. That said, many companies choose to offer more than this, so it's not uncommon to get five or even six weeks off per year.

READ ALSO: EXPLAINED: How you can make the most of Germany’s 2022 public holidays

Parental leave is also hugely generous, with up to 14 months of state support available for new mums and dads who want to take time off work, as well as 14 weeks of paid leave for mothers before and after the birth of their child.

In pretty much all of the major cities, Germany is becoming ever more 'Multi-kulti' and international. These days, it's far from unusual to find people gathering at English language comedy nights or going to the cinema to see films in English or with English subtitles.

Understanding that German isn't a first language for everyone, companies are increasingly internationalising their services by offering English-language versions of their websites and apps. And you'll find a bustling startup scene in places like Munich and Berlin, where English is also the working language in the office.

READ ALSO: What it's like to work at a Berlin tech startup

4. You can feel safe

Germany is a very safe place to live, with similar crime rates to countries like Norway and Luxembourg. Though people need to watch out for things like pickpocketing and bike theft, serious crimes like shootings are very rare.

5. Public services and facilities are good

Not everything works perfectly in Germany, but it's fair to say that tax money is pretty well spent. In most parts of the country, you can find buses and trains to get you around and a decent network of cycle paths as well. Most towns and cities also have well-stocked public libraries, lots of parks and leisure centres, decent schools and heavily subsidised adult education at the Volkshochschulen. 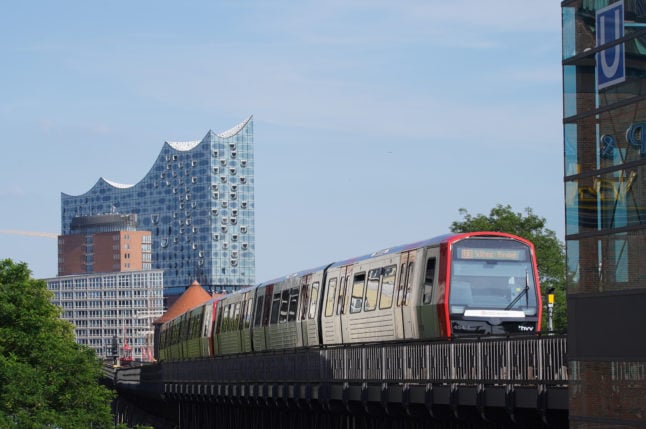 6. Nature is easily accessible - even for city-dwellers

One of the things that contributes to the excellent quality of life in Germany is how easy it is to get out into nature. Even if you live in a major metropolis like Berlin, Frankfurt or Munich, you're usually only one S-Bahn ride away from a lake, forest or the mountains.

What's more, Germans make a point of factoring this time in nature into their lives: outdoor activities like hiking, skiing and wild swimming are pretty much a national past-time.

7. It has a rich culture and traditions

Goethe famous described Germany as "das Land der Dichter und Denker" (the land of poets and thinkers), and looking back in time, it's certainly had its share of famous writers, philosophers and composers over the years.

These days there's still a buzzing cultural scene in the country, with everything from Bach and Wagner festivals and book fairs to cutting-edge modern art and thriving local music scenes.

You'll also notice that this is a country that is in touch with its folk cultures and traditions. Every state has its own unique identity, which is often reflected in their regional dishes, dialects and charming folk festivals throughout the year.

8. It’s the perfect base from which to explore Europe

Germany shares a border with nine different nations, making it the ideal location to explore the diverse culture and landscapes that Europe has to offer. In many ways, it represents both a cultural and geographical bridge between eastern and western Europe - from Belgium and France to Poland and the Czech Republic.

Even countries that Germany doesn't share a border with can be reached by train or car in no time. For example, it takes a mere four hours to get from Munich to the gorgeous alpine city of Bolzano in Italy. 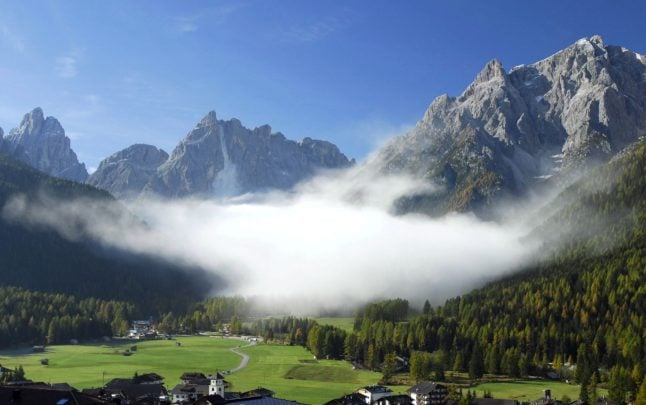 The Bolzano region of Italy, which is just four hours from Munich on the train. Photo: picture-alliance/ dpa | epa apa

9. The cost of living is reasonable

Things certainly aren't as cheap as they used to be, but compared to many other western countries, Germany isn't an overly expensive place to live. Generally, public transport is heavily subsidised and there are plenty of discount supermarkets where you can buy cheap groceries.

We should mention that there are some regional differences: in most parts of what used to be East Germany, the cost of living is still super low, but western states like Bavaria and Baden-Württemberg are pretty expensive.

1. You'll have to tackle a lot of bureaucracy

We've mentioned that Germany is the land of poets and thinkers. We should add that it's also the land of contract law and administration. If you move here, expect to be tackling paperwork on a pretty regular basis - which is often a struggle in a foreign language.

2. Lack of digitalisation and modernisation

For the fourth largest economy in the world, Germany is surprisingly far behind in terms of its digital services and internet. This is definitely an ongoing project and could improve in the future, but as it stands, you'll probably experience slower internet than you're used to and find yourself frustrated by the insistent uses of a fax machine.

Also, don't expect to be able to pay by card everywhere you go. The Bundesrepublik is still very much a cash-based economy.

The public services in Germany are good - but they do come at a cost. Depending on how much you earn, it’s not unusual to see a good 40 percent of your income evaporate in tax and insurance expenses right off the bat, so make sure you factor this into salary negotiations.

If you're used to universal healthcare systems like the UK or Denmark, you may also be shocked to see how much your health insurance contributions are each month - especially if you're a freelancer. In addition, most Germans have a number of other insurance plans in place like Haftpflichtversicherung, which is personal liability insurance. 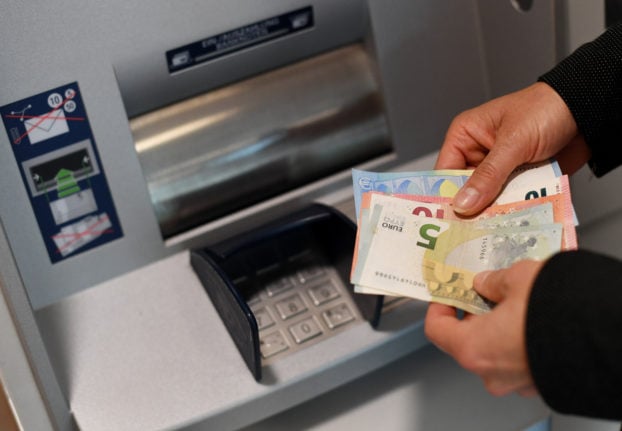 A lot of foreigners struggle with how Germans come across at first. Smalltalk isn't a big thing here and strangers can often seem quite cold or rude when you first meet them.

Depending on where you are, you'll probably also find that customer service isn't quite up to the standard it is in the United States, for example. In places like Berlin, you'll need to get used to being slightly pushy to get the attention of the scowling hipster checking their phone behind the bar.

READ ALSO: From nudity to sandwiches: The biggest culture shocks for foreigners in Germany

5. The language barrier can be a struggle

Despite the international vibe in many cities and the fact that lots of Germans speak good English, having some interactions in German is unavoidable. For people who aren't confident in the language, this can be a big downside of living in Germany. We recommend trying to learn a bit of Deutsch before moving here and enrolling in a course at the Volkhochschule (adult education centre) once you do.

6. It can be hard to find a place to live

Germany is in the midst of a pretty bad housing crisis right now. In most big cities, rents are rising all the time and there's fierce competition for housing. This makes it especially difficult for foreigners to get a secure and affordable place to live.

Americans and Australians may also find the living space a lot smaller than back home, though the quality of housing in Germany tends to be quite high.

7. Not everyone is a fan of the weather

There's a lot of variation in Germany's weather across the regions, from the chilly northern coast to warmer wine-growing regions in the southwest. However, you can generally expect hot and stormy summers and cold, drizzly winters.

Since the country is high up in the northern hemisphere, the days get very long in the summer months and very short in winter. A lot people really struggle with this aspect of the colder months and the lack of daylight hours can certain prompt some bouts of SAD. 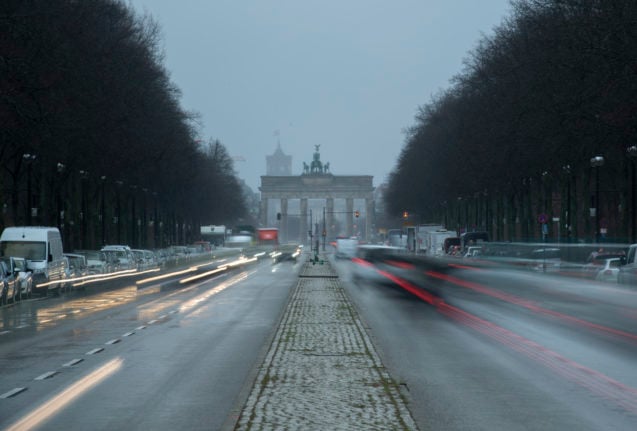 8. Things have to be done a certain way

It's a bit of a stereotype that Germans like to follow the rules, but there's also a lot of truth in it. In Germany, following the correct procedures, sticking to the rules and doing things by the book is part of the culture. This may be a shock for people who are used to a bit more flexibility and leniency in their home countries.

9. There's a lack of food variety

Germany has some wonderful national dishes, but some people may find the pork, potato and sauerkraut combo a little bit samey after a while. Of course, immigrants have also bought their own cuisines to Germany over the years - so there's no lack of Turkish and Vietnamese food around.

Nevertheless, outside of big cities like Berlin, people may be a little disappointed with the quality of international food like Mexican, Thai and Indian. Some immigrants also notice that the selection of items on offer in supermarkets can be relatively limited compared to elsewhere (though there are bigger supermarkets like Kaufland that tend to have a wider range plus some great international supermarkets).