Germany's €9 ticket seems to have had the desired effect - with tens of millions of tickets sold and fewer cars on the roads, while it also appears to have had an impact on inflation.

How popular has the ticket been?

According to the Association of German Transport Companies (VDV), around 21 million people snapped up the travel deal for the month of June - and at the same time, traffic congestion in cities was reduced.

"Together with the approximately 10 million subscribers who automatically receive the discounted ticket, the figure of 30 million tickets per month previously estimated by the industry has thus not only been reached, but even slightly exceeded," VDV President Ingo Wortmann announced.

Though the initial figures represent the number of people who bought the monthly ticket in June, the VDV survey revealed that people are similarly keen to buy the ticket in July. Unveiled as part of its energy relief package, the ticket entitles buyers to travel on regional and local transport anywhere in the country for just €9 in the months of June, July or August.

People who have taken out subscriptions - or 'Abos' in German - can use their tickets like a €9 ticket and get the difference for the three months refunded. A similar scheme is in place for students with semester tickets, though the exact system for reimbursing the costs has been left up to universities.

Less traffic on the road

Meanwhile, the €9 ticket appears to have a had a positive impact on road traffic, with noticeably less congestion in German cities since the introduction of the travel deal.

In an analysis conducted by traffic data specialist Tomtom for DPA, 23 out of 26 cities examined showed a marked decrease in congestion levels compared to the previous month.

"The data suggests that this decline is related to the introduction of the €9 ticket," said Tomtom traffic expert Ralf-Peter Schäfer. "Commuters lost less time travelling to work and back by car in almost all cities surveyed in June than they did in May."

Specifically, the experts compared rush-hour traffic jams on weekdays in calendar weeks 20 and 25. The time periods were chosen to rule out the impact of public holidays.

"In the first days after the introduction of the €9 ticket, Tomtom's data showed hardly any effects of the measure on car traffic," said Schäfer. "Since then, however, a positive effect on traffic flow can be seen in almost all cities in Germany that were studied."

Together with the fuel discount, the €9 ticket also appears to have had an impact on inflation in Germany.

According to an estimate by the Federal Statistical Office, consumer prices rose by 7.6 percent in June compared to the same month last year. This is 0.3 percent lower than May's figure of 7.9 percent and significantly lower than economists had initially estimated. 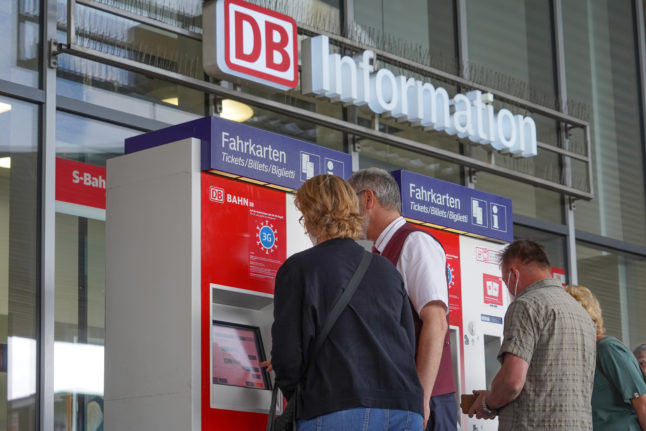 Inflation has been on a near-constant rise for around 18 months, largely driving by meteoric rises in energy prices. The upwards momentum was only broken by government moves to ease the pressure on consumers, including the discounted fuel tax and the €9 ticket for public transport users.

What are people using the ticket for?

So far, it's been unclear whether people are primarily using the ticket for holidays or local commutes, but early signs suggest that public transport use has become more popular since it was introduced.

National rail operator Deutsche Bahn has reported an increase of 10 to 15 percent in its own regional transport in June compared to the level before the Covid crisis. However, the company is comparing June this year with demand at the end of 2019 during the winter months, so it is difficult to draw too many conclusions from the data.

However, passengers have reported that trains and buses have been busier - and packed at times - since the introducing of the cut-price ticket.

With construction work going on at record levels at the same time, passengers have also had to deal with numerous delays and cancellations. In many case, passengers with bicycles have been unable to board trains.

Deutsche Bahn's regional division - DB Regio - said it had laid on an additional 250 journeys daily to cope with demand. However, given that there are around 22,000 regional train journeys every day, this is unlikely to have made much of a difference to passengers.