As the cabinet prepares to meet on Wednesday, voices calling for new social measures to support citizens are growing louder.

These include a proposal from Agriculture Minster Cem Özdemir to reduce the VAT on certain food products and a proposal from the German Trade Union Confederation (DGB) to raise tax-free thresholds to counteract inflation.

Ahead of the meeting, SPD leader Lars Klingbeil also aired his support for raising the basic allowance for people on long-term unemployment benefits, otherwise known as Hartz IV.

“That the standard rates have to be increased, is, I think, absolutely clear,” Klingbeil told German broadcaster Tagesschau. “Because prices are rising everywhere.”

Though the cost of living is currently rising at a rate not seen in 50 years, the last pay rise received by those on Hartz IV amounted to just €3 per month – an increase that the Left Party slammed as “little more than a pittance”.

The second-largest party in the ‘traffic light’ coalition, the Green Party, has also voiced support for a hike in benefits payments.

Speaking to Tagesschau on Friday, Greens’ parliamentary group leader Britta Haßelmann said the coalition should come to an agreement on Hartz IV.

“People who suffer enormously and cannot offset this need more support,” she said.

So far this year, Germany has rolled out two support packages designed to help households with rising costs due to the ongoing energy crisis and Russia’s war on Ukraine.

Headline measures included a €300 allowance for taxpayers, a one-off payment for benefits recipients, a cut on fuel taxes and a €9 monthly ticket for local and regional transport. The total cost of the measures is estimated at around €30 billion.

However, some experts believe that the current measures aren’t targeted enough.

“Both the fuel discount and the nine-euro ticket are very imprecise, non-specific instruments,” economist Oliver Holtemöller told Tagesschau. “They also have unfavourable effects on wealth distribution.”

In response to the suggestion of extending the €9 ticket beyond September – which the Greens are believed to be in favour of – Holtemöller said the measures should not be prolonged “under any circumstances.”

“In fact, they should be discontinued immediately,” he added.

The centre-left parties in government are also facing opposition from the pro-business FDP when it comes to new measures.

In recent days, Finance Minister Christian Lindner (FDP) has been reiterating his support for strict caps on future borrowing – a policy known as the debt brake.

According to the government, people shouldn’t expect any new relief package to be announced immediately.

Linder is currently preparing a provisional budget for 2023 – and is hoping to be able to reinstate the debt brake next year. This budget will need to be approved by the cabinet on July 1st.

A few days later on July 4th, trade unions and business leaders will meet with the government to discuss how a so-called wage-inflation spiral can be avoided. One option on the table is for unions to commit to lower pay rises in return for more social support from the state. 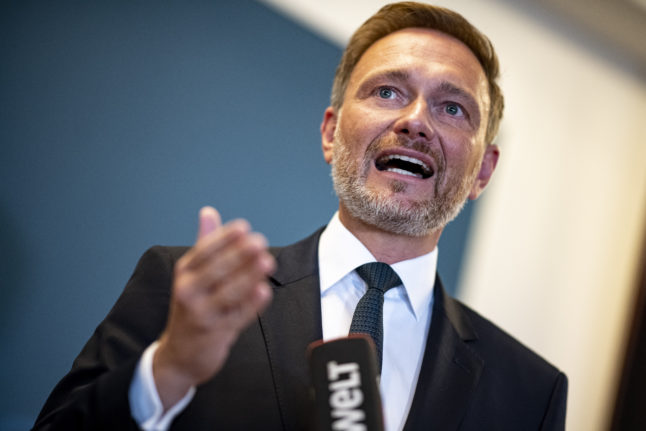 This could determine whether an additional relief package is needed and, if so, whether it’s feasible for the government to keep caps on spending in place for in 2023.

Speaking to German tabloid Stern, Labour Minister Hubertus Heil (SPD) said it would be impossible for the government to completely compensate for rising prices.

“In principle, I do not see any scope to relieve people who have a very high income,” Heil said. “We have to cushion the consequences of the price development specifically for those people for whom it really is an existential threat.”