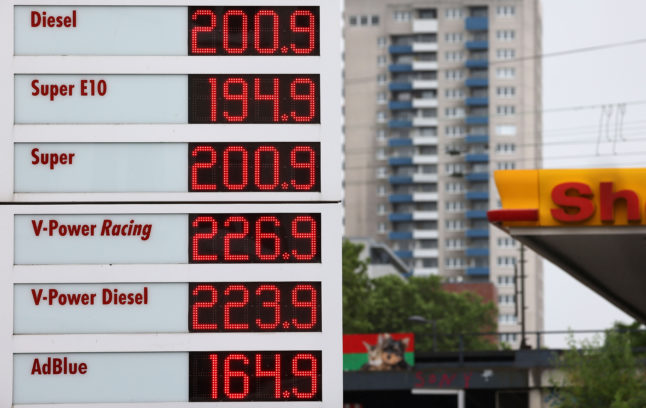 Prices for petrol jump up to more than two euros just a week after the fuel tax discount comes into force. Photo: picture alliance/dpa | Oliver Berg

As part of its energy relief package, the German government slashed taxes on both petrol and diesel for the months of June, July an August.

The move to reduce energy tax to the EU minimum was designed to offer car drivers a better deal over summer. On the first day of the tax cut, prices at the pumps dropped significantly, but then shot back up to over €2 per litre within days.

As of Sunday, drivers were paying as much as €2.10 for a litre of diesel and €2.04 for a litre of Super E10, according to internet portal benzinpreis.de.

Consumers have responded with outrage at the fact that the some 35 cents of savings on a litre of petrol and 17 cents on a litre of diesel appear to have been pocketed by the petrol companies, while fuel prices remain as high as ever.

Speaking to RBB on Friday, Marcel Fratzscher, head of the German Institute for Economic Research (DIW), branded the government’s move a “failure”.

“The fuel rebate has failed – and it had to fail,” he said. “This type of tax cut can only work if there really is competition.”

READ ALSO: Why are fuel prices soaring in Germany this week?

The tax cut was also slammed by Green Party leader Ricarda Lang, who said she had “no interest in seeing the mineral oil companies make big profits”.

But Finance Minister Christian Lindner (FDP) – who spearheaded the so-called ‘fuel discount’ – defended the scheme while doing the rounds of Sunday night talkshows on ARD and ZDF.

He claimed that the energy tax cut had been passed onto car owners by petrol firms, and argued that the price of fuel would be “much higher” if the government hadn’t stepped in.

Though the Finance Minister has made it clear that the benefits of the low tax rate are meant to be felt by consumers, there’s no specific law that states that the mineral oil companies have to pass on the excess profits.

Instead, Lindner has said he expects the Cartel Office to monitor the pricing of the petrol firms and step in if they suspect foul play – though other ministers argue that it doesn’t have the power to do so.

“I hope that all those who have demanded that the Cartel Office intervene are also prepared to put it in a position to be able to intervene,” Economics Minister Robert Habeck (Greens) said on Monday.

“This doesn’t apply to the fuel discount now, but it sharpens the swords for the future and sends a clear signal that getting rich at the expense of others doesn’t work that easily.”

Nevertheless, he said: “I understand the disappointment and anger of consumers when corporations simply pocket as profit the tax cut that was intended as a relief for commuters.”

Currently, the Cartel Office is charged with monitoring antitrust and competition laws in Germany. It does not, however, have the power to step in when a company makes additional profit from a tax cut aimed at the sector – unless that company is proven to be acting as part of a cartel.

However, the fact that sectors like the energy and fuel sector have raked in enormous profits since the outbreak of the Ukraine war has led to a debate over a potential tax on ‘excess profits’ and a reform of the Cartel Office’s powers. 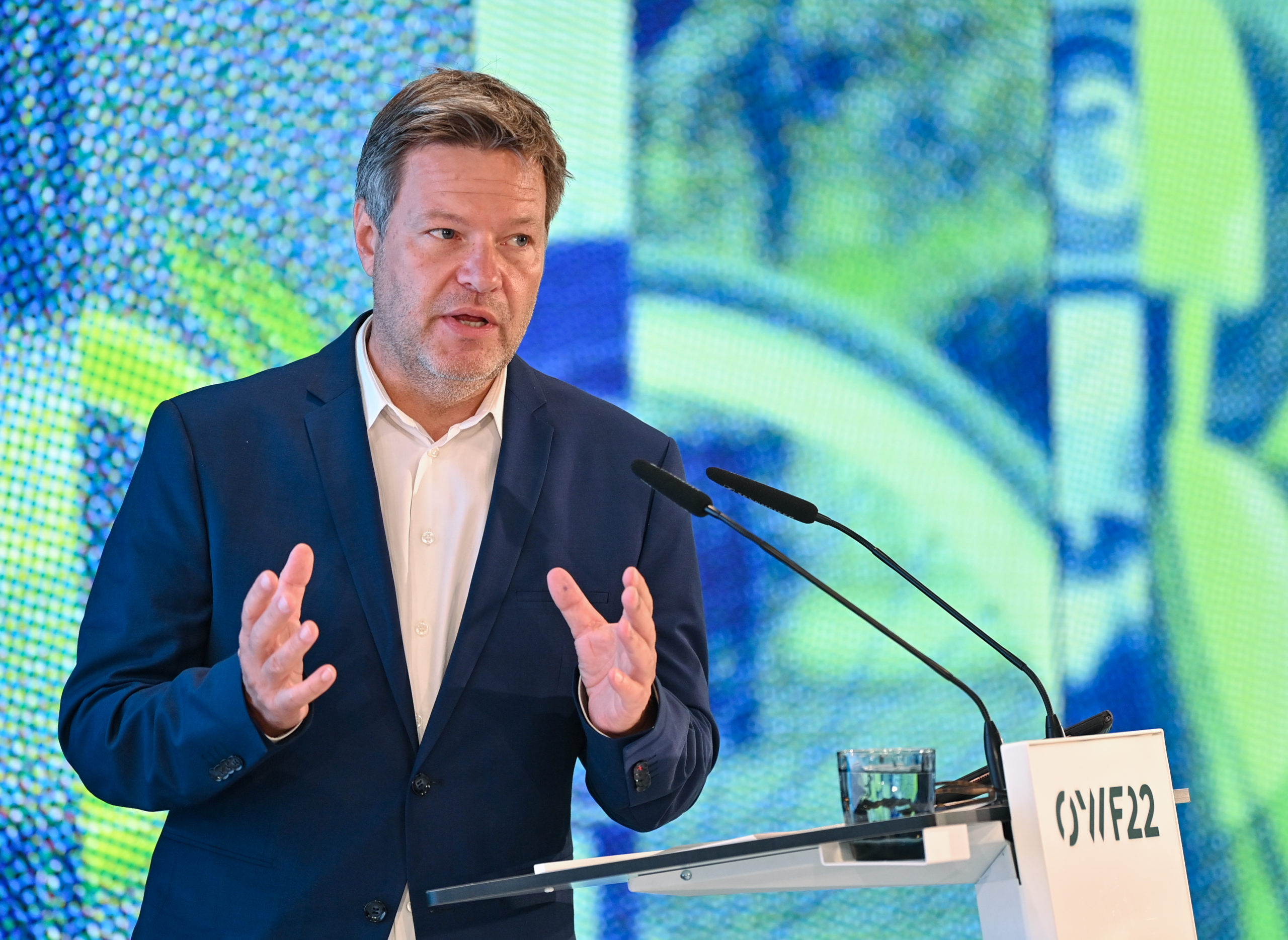 The latter is the task of the Economics Ministry’s Robert Habeck, who recently announced that a proposal for reform was on its way.

“We are making antitrust law with claws and teeth,” he told Deutschlandfunk on Monday.

According to Green Party politician, the Cartel Office should have greater powers to intervene and even break up large companies if companies are found to be abusing their market power.

Habeck also said he was committed to introducing pitched a tax on company’s excess profits during the war, but admitted that this was unlikely to be supported by the pro-business FDP.