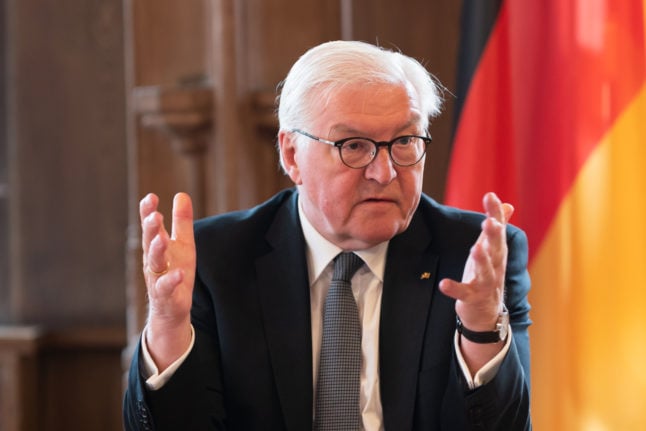 The German President, Frank-Walter Steinmeier, told the Bild on Sunday newspaper that he is in favour of compulsory service in the social sector or in the German armed forces for young people.

“The question is whether it wouldn’t do our country good if women and men put themselves at the service of society for a certain period of time,” he said. This doesn’t have to be in the armed forces, he said, “in my opinion, compulsory social service could be done just as well in caring for senior citizens, in institutions for the disabled or in shelters for the homeless.”

He added that introducing such an obligation would not be easy, but that there should be a debate on the issue.

Compulsory military service in Germany was suspended in 2011 after 55 years, but the Russian attack on Ukraine has triggered a new debate on the introduction of universal compulsory service.

Politicians from the CDU/CSU and SPD called for a discussion on such a move, which would combine military service and social services.

Steinmeier left open how long such a service should last in his view: “I deliberately said compulsory time, because it doesn’t have to be a year. You can also choose a different period.”

The Federal Family Minister, Lisa Paus, has spoken out against the introduction of compulsory social service for all young people.

“A compulsory social service would mean an encroachment on the individual freedom of every young person,” the Green Party politician told the German Press Agency on Sunday.

She pointed to the already widespread popularity of voluntary services: “Voluntary commitment would become an obligation. We should continue to give our young people, who have suffered particularly from the Covid pandemic and yet have shown solidarity with their elders, the freedom to make their own decisions.”