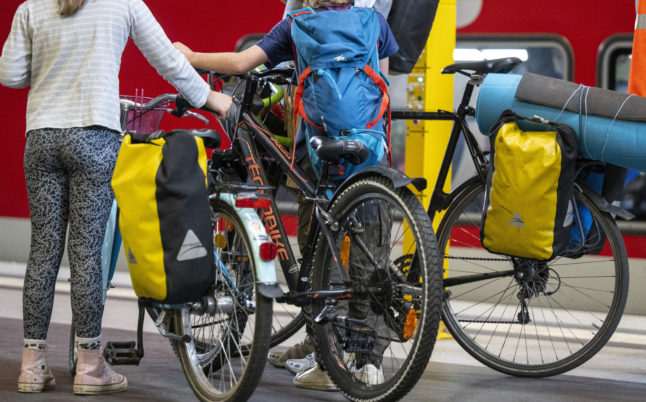 Travelers with bicycles stand on a platform at the main station after they were unable to board a regional train on the RE5 line to Rostock due to overcrowding. Photo: picture alliance/dpa | Monika Skolimowska

The €9 ticket is a nationwide, monthly travel card, which allows travellers to use all means of local public transport for only €9 a month. It is available to use for June, July and August.

The coalition government brought in the measure as part of a package of relief measures back in February aimed at helping to ease the cost of living crisis.

It’s proven very popular so far. By May 30th, Deutsche Bahn alone had sold around 2.7 million €9 tickets and regional travel authorities have reported huge hikes in ticket sales – in Berlin, for example, 930,000 €9 tickets had been sold by midnight on Saturday.

What happened over the weekend?

Rail traffic over the Whitsun weekend was apparently much more prone to disruptions than usual. Vice-chairman of the General Works Council at DB Regio, Ralf Damde, told the German Editorial Network that there were about 400 overcrowded trains on each day over the long weekend.

“All over Germany, the platforms and the trains were full, and in several cases, overcrowded trains had to be cleared”, Damde said.

In total, there were around 700 reports of congestion, problems with passengers, or disruptions to the operations centre per day. This was significantly more than on an average weekend and also than on the last Whitsun weekend before the pandemic, he said.

The massive additional demand for personnel meant that rail staff had to work thousands of hours of overtime over the weekend. According to Damde, the increased demand for personnel and time was due to the fact that many passengers without rail experience were unable to find their way around the platforms.

“Overall, passengers needed significantly more assistance than usual. This included the fact that many people who hadn’t ridden a train in a long time didn’t know that masks are still mandatory on public transport.”

There have been many social media posts complaining about full trains and delays, and attributing these problems to the €9 ticket.

A politician from the city of Erkrath in North-Rhine Westphalia, for example, tweeted that his €9 ticket experience resulted in the train being cleared due to overcrowding and concluding that “the future of mobility still belongs to the automobile”.

But isn’t it always busy at this time of year?

Many people are also pointing out that crowded trains over the Whitsun weekend are nothing new, and that rail transport always runs into difficulties at this time of year.

One tweet which has been shared many times is a list of German media headlines from previous years which shows that the June bank holiday weekend is usually beset by transport problems.

A spokesperson for the local transport service in Schleswig Holstein, which covers the island of Sylt, told The Local: “It was sometimes very crowded on the trains, but that is not unusual at Whitsun (especially when the weather is nice). We can’t say yet what effect the €9 ticket had.”

Has the €9 increased tourism?

Before the €9 tickets went on sale, there were several reports that some popular German tourist destinations were about to be besieged by a huge influx of visitors.

One place, apparently particularly concerned was the island of Sylt in Schleswig-Holstein, which is known as a retreat for the wealthy and well-to-do.

Reports from the weekend have shown that the €9 ticket has indeed attracted a new variety of visitors to the island – including several alternative visitors who the German media are calling ‘punks’. But the picture so far is not a negative one. 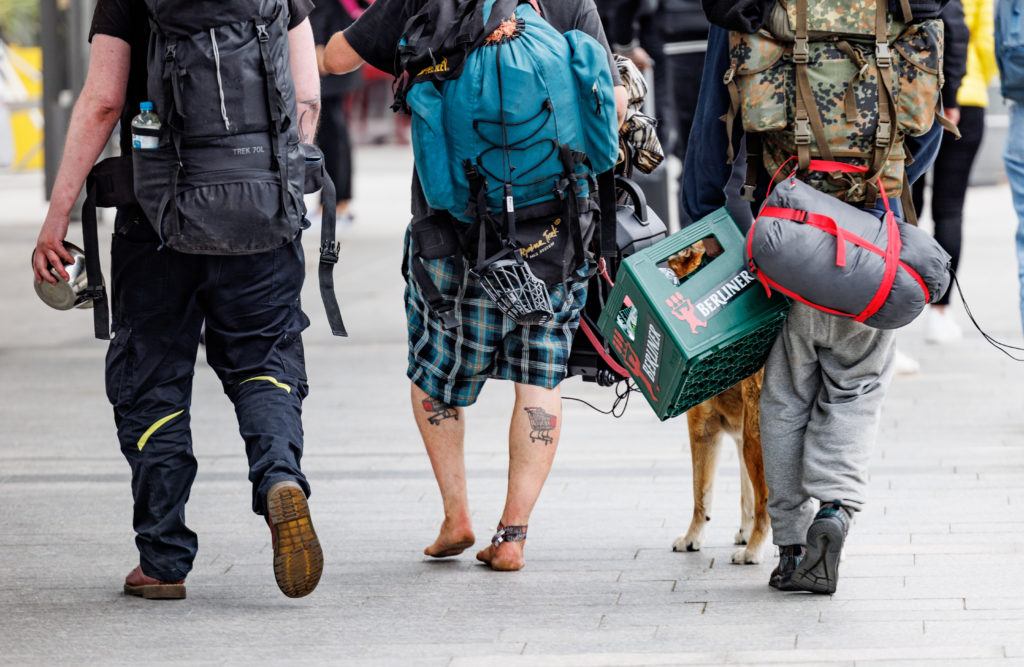 A group of people stroll through the pedestrian zone of Westerland on the island of Sylt. Photo: picture alliance/dpa | Axel Heimken

A police spokesman stressed that the situation on Sylt was calm. A group of 50 to 80 people from the punk scene, who had been on the island for several days, had been “a little loud”, but that was nothing special, he said.

Speaking to Focus.de, a retired couple from Göttingen, who have been going to Sylt for several years, said: “As long as they don’t break anything here and only party a little louder, I think it’s absolutely fine that they’re here.”

How will the €9 ticket impact the future of public transport in Germany?

Speaking to the German press agency DPA last week, Federal Transport Minister Volker Wissing described the €9 ticket as a “field test” to see how much price puts people off using public transport, and whether more attractive offers are needed to attract new passengers.

“This way, we can gain important insights into exactly this question and align our public transport offerings accordingly.” Greater use of public transport helps to achieve climate protection targets in the transport sector, he said.

An opinion piece in the Suddeutsche Zeitung called the ticket a “revolution”, as it has overcome the disparate nature of German transport, where every region has its own zones, short and normal routes, prices, and apps.

The €9 ticket, the author argues, is the something that has managed to unite public transport, and could pave the way for further reforms in the future.