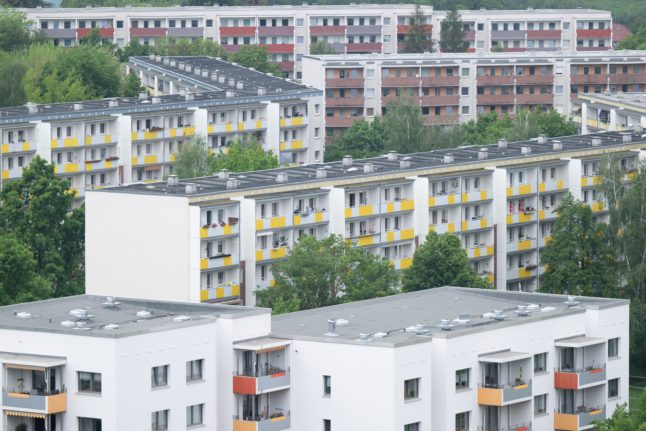 The rent cap limit, which is part of Germany’s rent brake laws, currently stipulates that rents in German cities and districts with tense housing markets can’t go up by more than 15 percent within three years. It can increase by a maximum of 20 percent in three years in other places.

But there are fears that housing companies are looking at hiking up rents in the face of rising inflation.

Now there are calls to bring the rent cap increase down, which the coalition has already agreed on in their pre-government negotiations.

The coalition, made up of the Social Democrats (SPD), the Greens and the Free Democrats (FDP) said they would reduce the rent increase cap to 11 percent over three years.

“We need capping tools,” said Lukas Siebenkotten, president of the German Tenants’ Association (DMB). “The traffic light coalition must finally implement its announced plan to lower the cap from 15 to 11 percent.”

“Even with that, however, it would still be far too high,” he said. In his view, rising rents should be allowed to reach “a maximum of six percent in three years”.

Siebenkotten said he feared that large landlords in particular will use the possible leeway for rent increases now. He appealed to landlords to seek dialogue with tenants.

It comes after Rolf Buch, the CEO of Germany’s largest housing group Vonovia said tenants would have to prepare for large rent increases.

“We can’t pretend that inflation will pass rents by,” he said.

Consumer prices have been rocketing in Germany. Most recently, inflation rose to 7.9 percent in May.

The average rent at Vonovia increased to €7.40 per square metre in the first three months of this year – 3.1 percent more than a year earlier. The group owns around 565,000 flats, most of them in Germany.

As The Local has reported, people in Germany with an Indexmiete (index rent) clause in rental contracts, which means their rent is based on the Consumer Price Index set by the Federal Statistical Office, are facing huge hikes.

Tenants associations are calling for specific legal upper limits for index-linked rents to be set in Germany to avoid overburdening tenants.

As well as the lowered cap, Siebenkotten is calling for relief through the introduction of a new non-profit housing association, on which the traffic light coalition had also agreed.

According to Sören Bartol, Parliamentary State Secretary in the Federal Ministry of Building, the plans for this are progressing.

“The new non-profit housing scheme offers the opportunity to create permanently affordable housing. We have already started working on the concept,” Bartol told the Funke-Zeitung.