Southern Germany was hit by thunderstorms and hailstones on Sunday.

The Allgäu and Lower Bavaria regions were particularly affected by the severe weather, which caused trees to fall as well as flooding. Parts of the state of Baden-Württemberg were also hit.

Meanwhile, heavy rain hampered the rescue and investigation work underway after a train derailed on Friday.

The German Weather Service (DWD) warned of thunderstorms in several districts on Whit Sunday - known as Pfingstsonntag in Germany-  including Passau, Rottal-Inn, Dingolfing-Landau, Neumarkt in der Oberpfalz, Eichstätt and Kelheim. 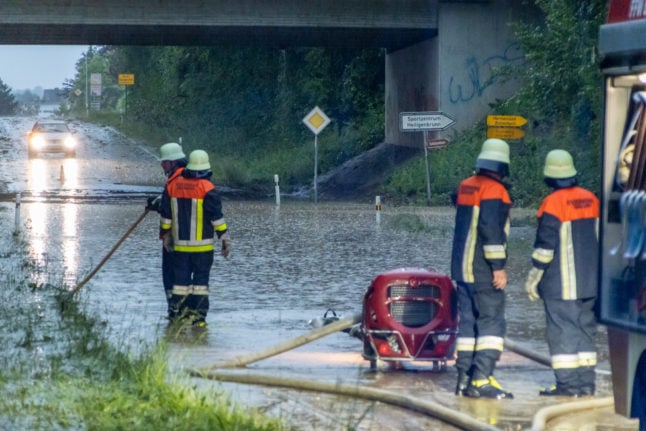 Surprisingly for June, hailstones fell in some places, making it look like it had snowed. In the below tweet, local Bavarian journalist Sandra Demmelhuber posted this video recorded in Gschwendtner Alm where she said there were 3cm-sized hailstones.

In several places, roads were covered with a thick white layer of hail that had to be cleared.

No reports of injuries

Police said there were fallen trees but luckily there have been no reports of injuries or major damage.

However, the weather has been hampering the rescue work after the train crash in Garmisch-Partenkirchen on Friday. Five people died and dozens of people were injured when a regional rain derailed near the Alpine resort town at around lunchtime.

Rescue workers had to stop their operation due to heavy rain but have since resumed, according to a spokesperson. 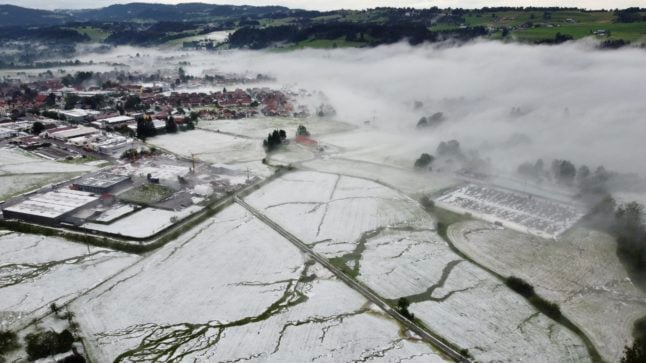 Due to the severe weather conditions, admission to the Rolling Stones concert in Munich's Olympic Stadium was postponed by an hour on Sunday.

"This measure serves to protect the spectators and all those involved in the production," the organiser said. However, the concert took place as planned.

The weather situation has been caused by warm and humid air, which a low pressure system over south-western Europe has pushed into southern Germany.

On Whit Monday, which is a national holiday in Germany, the weather was forecast to be much calmer although strong gusts of wind were expected on the North Sea coast, as well as possible hail showers in the North Frisia and East Frisian Islands.