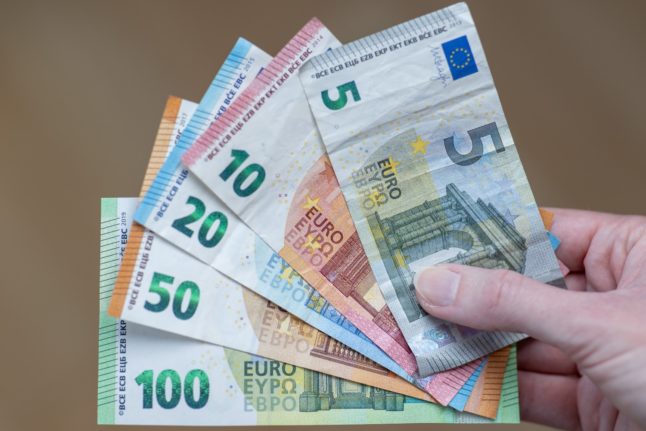 Conventional wisdom often tells us that Germany is a country of savers, rather than investors. It’s even apparent in the language – the German word for “debt” is “Schuld,” which also means “guilt.” During the euro crisis, “austerity” was often called “Sparpolitik” in German newspapers, or “the politics of saving.”

The numbers also suggest that the “country of savers” title is not a myth. Only 17 percent of people in Germany invest. That compares with 33 percent in the UK and over half in both the US and Canada. By contrast, many Germans keep their money in savings accounts, or rely on contributions to government pension schemes to put money away for retirement.

READ ALSO: When are people in Germany retiring?

Germany: Land of the investment shy

“Culturally, we’re used to a strong social welfare state that takes care of its people, including providing for retirement. That’s not enough anymore but not everyone has quite realised this yet,” says Claudia Müller, Founder of the Frankfurt-based Female Finance Forum and author of Finance, Freedom, Provision – the way to financial independence.

“But the German retirement insurance funds older generations relied on are investing mainly in government bonds rather than stocks. Bonds just don’t have the interest rates to give the needed returns.” 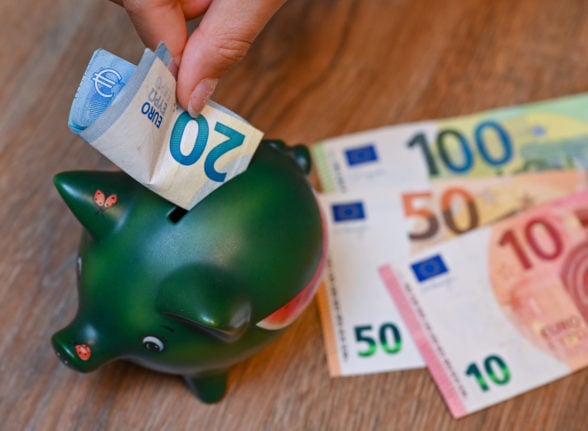 The breakdown of who invests in Germany also reveals a number of splits by both region and gender. 18 percent of people in the former West Germany invest, but only 11 percent of those from the former East. Around 65 percent of investors in Germany are men. In the entire country, only 4 million women own stock. The fastest growing pool of new German investors though, are those under 30.

“This generation is investing more in the stock exchange because property is too expensive for most of them and stocks are now more accessible than ever,” says Müller.”In Germany especially, there’s a lot of options for brokers. That’s really great for us as investors. The market is competitive enough that there’s a lot of great offers out there to choose from.”

READ ALSO: How to save money on your taxes in Germany 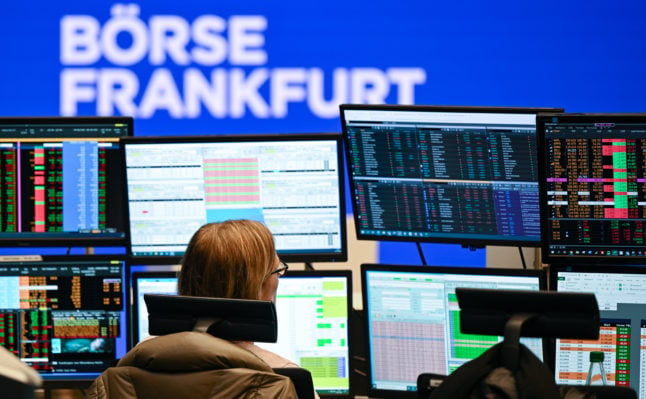 A trader from ICF Bank looks at her monitors at her workplace on the floor of the Frankfurt Stock Exchange. Photo: picture alliance/dpa | Arne Dedert

Although investors can often go to their banks for brokerage services, many online options exist, such as Trade Republic, Scalable, and DKB. These online brokerages often offer flat fees, either on a monthly or annual basis, a per transaction fee, or charge flat fees for specific extra services – rather than bill a percentage of a client’s portfolio, as some funds do.

Many online brokerages also offer English-language interfaces and support—even if the legal documents governing use tend to only be available in German. For those wishing to go a more traditional route, products like Vanguard often have options for clients based in Germany. Online brokers also typically allow users to trade in stocks, Exchange-traded Funds (ETFs), derivatives, and even cryptocurrency right from their smartphones.

Such online brokerages with per transaction fees might suit a casual investor quite well, which, according to Müller, should be the majority of people. “Statistically speaking, most of us are better off putting our money in an ETF and looking at it once a year,” she says. “Make a day once a year to really look at your investments if you’re a bit risk-averse and mainly have money in ETFs. You avoid panic selling that way, as well as the per transaction costs many brokerages charge.” 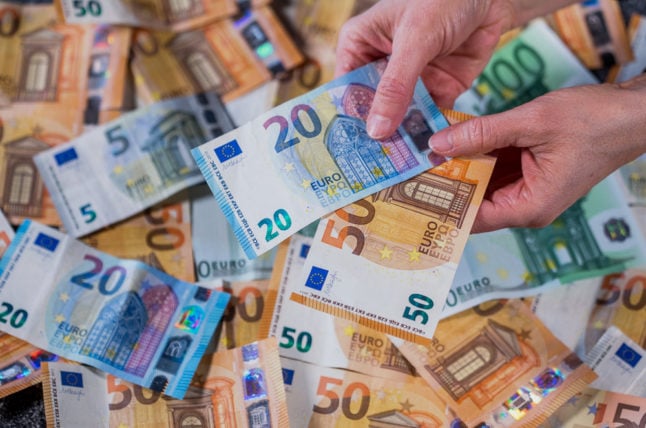 A pile of cash lies on a table. Photo: picture alliance/dpa/dpa-Zentralbild | Jens Büttner

The rules you need to know

So what are the rules for investing in Germany? It turns out they’re pretty easy to follow in most cases. When you sell stock, there will be a 25 percent tax on any capital gain you might make, plus any applicable church tax and solidarity surcharge, if you pay it. Your bank will typically automatically take all taxes off your gain, much like tax is automatically deducted from your pay slip.

“You don’t typically need to include these on your tax return,” says Dirk Maskow, an independent tax advisor based in both Berlin and Düsseldorf. “The exceptions to this are if you think your individual tax rate is lower than 25 percent, or if you have money in a foreign brokerage.

“That’s simply because the foreign brokerage won’t deduct the tax on your gain automatically like a German brokerage would. So you would have to declare in that special case.”

As with all of our financial summaries, this is a guide only and should not be taken to constitute specific and tailored financial advice. For advice which is personalised to your situation, please contact an accountant or other specialist. 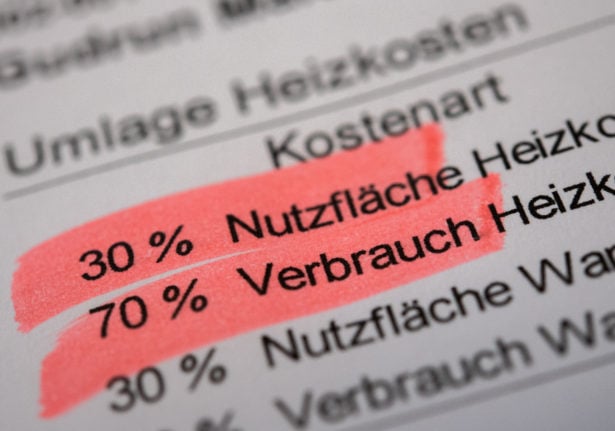 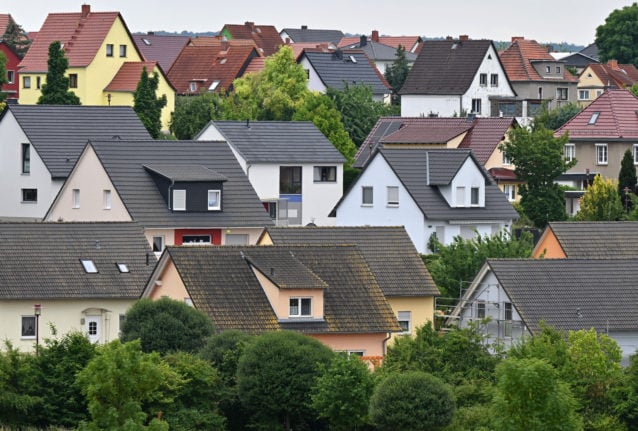 The government has said that all gas customers in Germany have to pay the levy, and this was believed to include people who had entered into fixed-price contracts with gas suppliers.

But the legal status of this is apparently murky. According to reports by news agency Reuters, the current Energy Security Act (ESG) only allows a levy to be added to fixed-price contracts if the proceeds go directly to the state.

In this case, however, the government intends to use the levy to allow struggling gas suppliers to pass rising costs onto consumers, meaning the funds would be paid directly to these companies.

The issue means that, under current rules, the levy couldn’t be charged to customers with certain types of gas contracts. These include people who have agreed to a fixed price over several years and those with clauses on state levies in their contracts.

Reuters estimates that the issue affects around a quarter of all gas contracts in Germany.

To attempt to get around the issue, the Economics Ministry is currently investigating the legal pitfalls and could even move to amend the Energy Security Act.

This legislative change would be likely to happen in September to allow for the introduction of the levy as planned in October.

However, there are concerns that suppliers may not have enough time to notify consumers of the new levy.

Under German law, companies are obliged to inform customers of price increases at least six weeks in advance. This means that any legal changes could prompt delays in the introduction of the new charge.

So far, the government hasn’t decided how much the levy will cost, but Economics Minister Robert Habeck (Greens) predicts it will be somewhere between 1.5 and 5 cents per kilowatt hour of energy.

This would add anywhere between €300 and €1,000 onto the gas bills of a four-person household who use around 20.000 kilowatt hours of energy per year.

On top of this, households would also be expected to pay 19 percent VAT on top of the inflated costs – though the Free Democrats (FDP) are currently looking at ways to minimise this additional burden.

“The levy must not be a basis for further tax revenue – that is why we are currently examining whether VAT can be waived on the levy,” said the energy policy spokesman of the FDP parliamentary group, Michael Kruse, after a special session of the Bundestag’s energy and climate committee.

“Should this not be technically possible, it is clear to me that the additional state revenue must be returned to consumers along with further relief.”

According to calculations by price comparison portal Verivox, the additional costs including VAT for a single household with an annual consumption of 5,000 kilowatt hours of gas per year would be between €89 and €298 due to the levy. 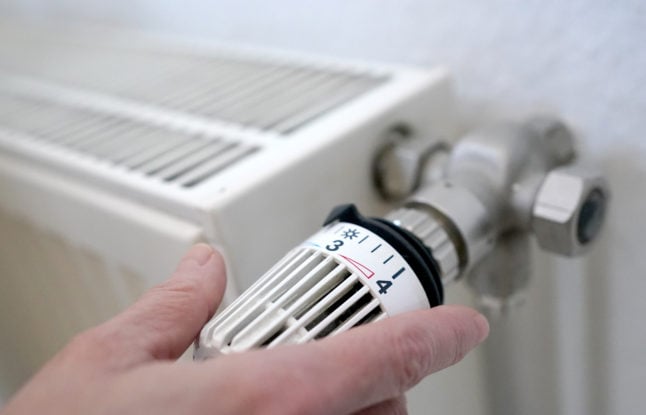 MONEY
Gas bills to double for millions of German households

MONEY
How much extra will households in Germany pay under new gas surcharge?
Url copied to clipboard!