KEY POINTS: What Germany's budget means for you

Six months after taking office, Germany's new coalition government has unveiled its first annual budget. Here's what foreigners in the country need to know about the spending plans.

This year's budget took place in the shadow of two global crises: the spending required by the ongoing Covid pandemic and the uncertainty caused by the Ukraine war.

So it will probably come as little surprise that this was a budget with huge spending forecasts - not to mention huge borrowing.

In a marathon 15-hour session in the Bundestag, parliamentarians agreed to countless revisions of Finance Minister Christian Linder's draft budget, including new plans to raise investment in light of the conflict in Ukraine.

The government plans to spend €495.79 billion for this budgetary year - around €12 billion more than in previous budget forecasts, the FDP politician announced. In investments alone, Lindner has hiked his previous budget plans by more than €700 million.

The headline figure, however, is the debt that the government plans to accrue this year. Even with higher-than-expected tax revenues, the treasury will need to borrow €138.94 billion to support its spending plans over the coming months.

"For a finance minister who had said that achieving stable government finances was his priority, this is not a satisfactory figure," Lindner said in a press conference.

"But it's also an expression of political responsibility that this year, the government is taking action. That we can't allow structural breaks in the economy, we can't accept people's suffering under the burden of high energy prices... and we have responsibilities towards Ukraine that have arisen out of this war."

Why is the debt so controversial?

Debt is an issue that has been plaguing the traffic-light coalition of the Social Democrats (SPD), Greens and Free Democrats (FDP) since its formation.

In their coalition agreement, the three parties agreed to a key manifesto promise of the pro-business FDP, which was to reinstate strict caps on borrowing from 2023 (a policy known as the "debt break").

This was promised at the same time that the centrist coalition committed to unprecedented investment in green energy, a solid welfare state and - here's the rub - to no tax increases whatsoever.

That may go some way to explaining why the government's debt forecast for the coming years looks like this. 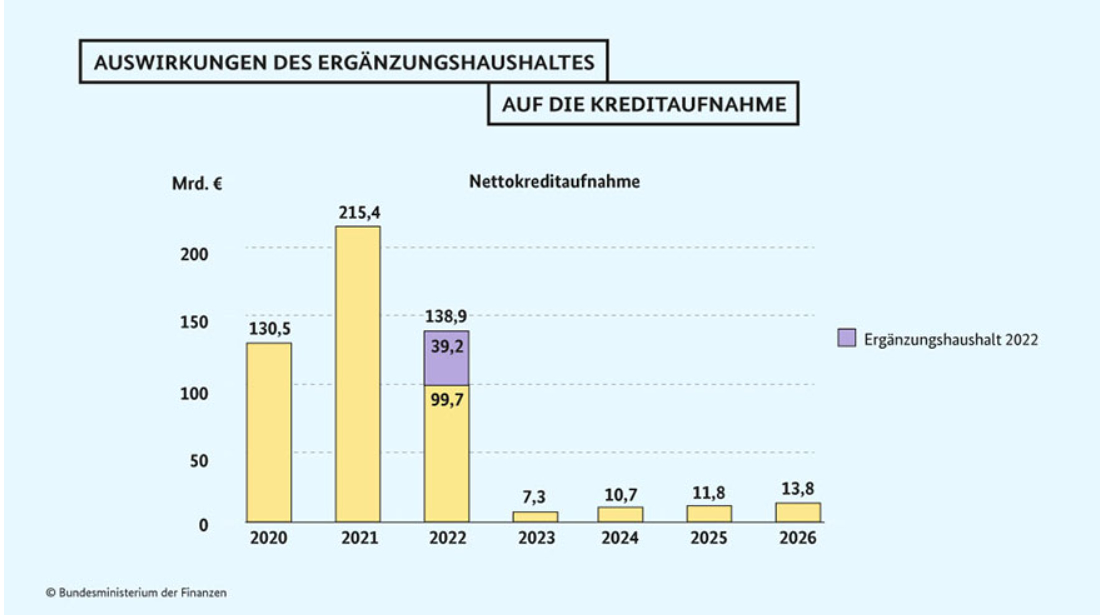 Though the Finance Ministry won't publish its 2,500-page breakdown of federal spending until June 3rd, it has outlined a few overarching themes of its 2022 budget. And it's clear that it wants to use this final year before the debt break comes back in play to try and offset the impact of the major crises the country is facing.

Primarily, the goals are to meet its commitments to Ukraine and its refugees, invest in the energy transition to end its dependence on Russian fossil fuels and support households and businesses who are struggling to cope with spiralling costs.

Unsurprisingly, a major theme of the budget this year was Germany's role in supporting Ukraine amid the ongoing invasion by Russian forces.

When the war broke out, Lindner announced a supplementary budget worth €40 billion that would be used to support refugees and help cushion businesses and households from the fallout of Russia's aggression.

In his opening remarks in the Bundestag, Lindner said that Ukraine required a "modern Marshall Plan" - referring to the United States' scheme to support Western European countries in their efforts to rebuild after the Second World War.

At present, allies of Ukraine - and the G7 group of countries in particular - are working on releasing finances to keep the country afloat amid the ongoing war. Germany has already sent billions in aid to the war-torn country and will continue to release funds for humanitarian efforts and aid.

Domestically, money will be spent on financial support and housing for the some 600,000 refugees the country has taken in.

Another side effect of the war in Ukraine is Germany's historic U-turn on military spending and its efforts to rapidly transition away from Russian gas, coal and oil.

Following a surprise announcement from Chancellor Olaf Scholz (SPD) in February that the ailing Bundeswehr would receive a €100 billion shot in the arm, the government has set aside a record €50 billion for defence spending this year.

This is in addition to the €100 billion earmarked for the army, which will be financed separately from the budget under a special borrowing plan that's exempted from the debt break. This is likely to happen in 2023. 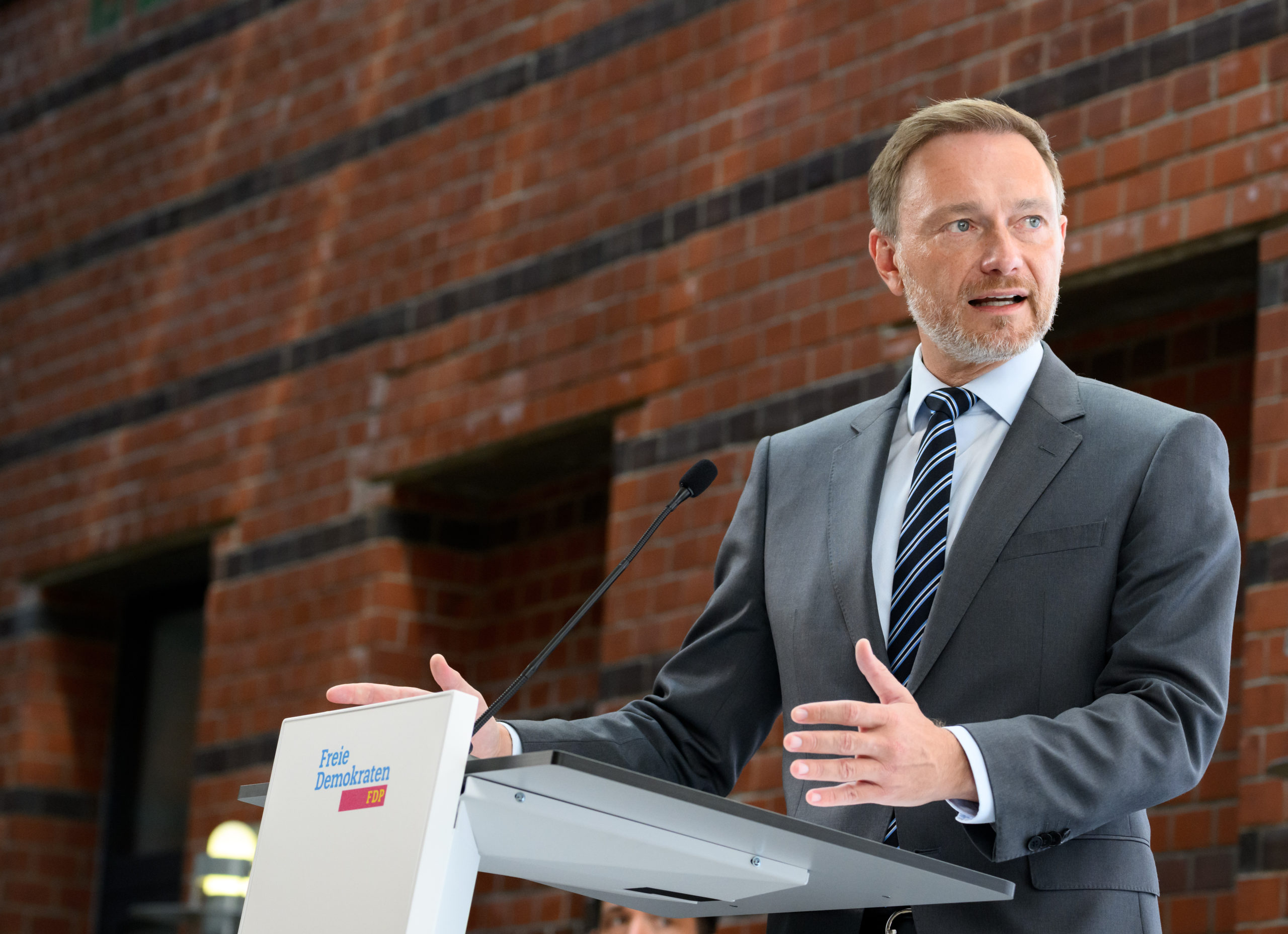 Beyond the military financing, the government is also facing a pricy transition away from Russian energy, which will involve rapidly building new LNG terminals in the North Sea and securing new energy contracts with other countries.

The Finance Ministry says it will also set aside funds for shoring up the gas reserves this year. Concerns are growing that Russia could retaliate to sanctions by turning off the gas taps in winter - a scenario that the government is busily preparing for.

Energy prices have been skyrocketing for the past year or so - even before Europe's main gas supplier decided to wage war on its neighbour.

This basically has a knock-on effect on everything else, since logistics companies need fuel to deliver goods and businesses need to heat their premises.

That's why billions are set to be spent this year on measures to shield people from the soaring cost of living.

"The state must not leave the citizens and the economy alone with rising prices," Lindner said. "We must be able to act in this crisis and deliver quick and noticeable relief."

So far this year, the government has decided on two separate energy relief packages: one that was announced before the war, and one shortly afterwards.

Most significantly for many people, the latest package includes a €9 monthly travel ticket that can be used on local and public transport anywhere in Germany over the summer. People who prefer to drive also haven't been forgotten: they'll get a tax cut on their fuel prices that could drive the price of petrol and diesel under the €2 mark again.

Other key measures set out in the two packages include that will affect residents in Germany:

Along with its energy relief measures, the Finance Ministry is also aiming to support households and businesses through tax relief. This set of measures was initially aimed at supporting people in the aftermath of the Covid crisis.

On Thursday, it agreed to push back the deadlines for filing the 2021 tax return to October 2022 (for people doing their own return) and August 2023 (for people with a tax advisor). 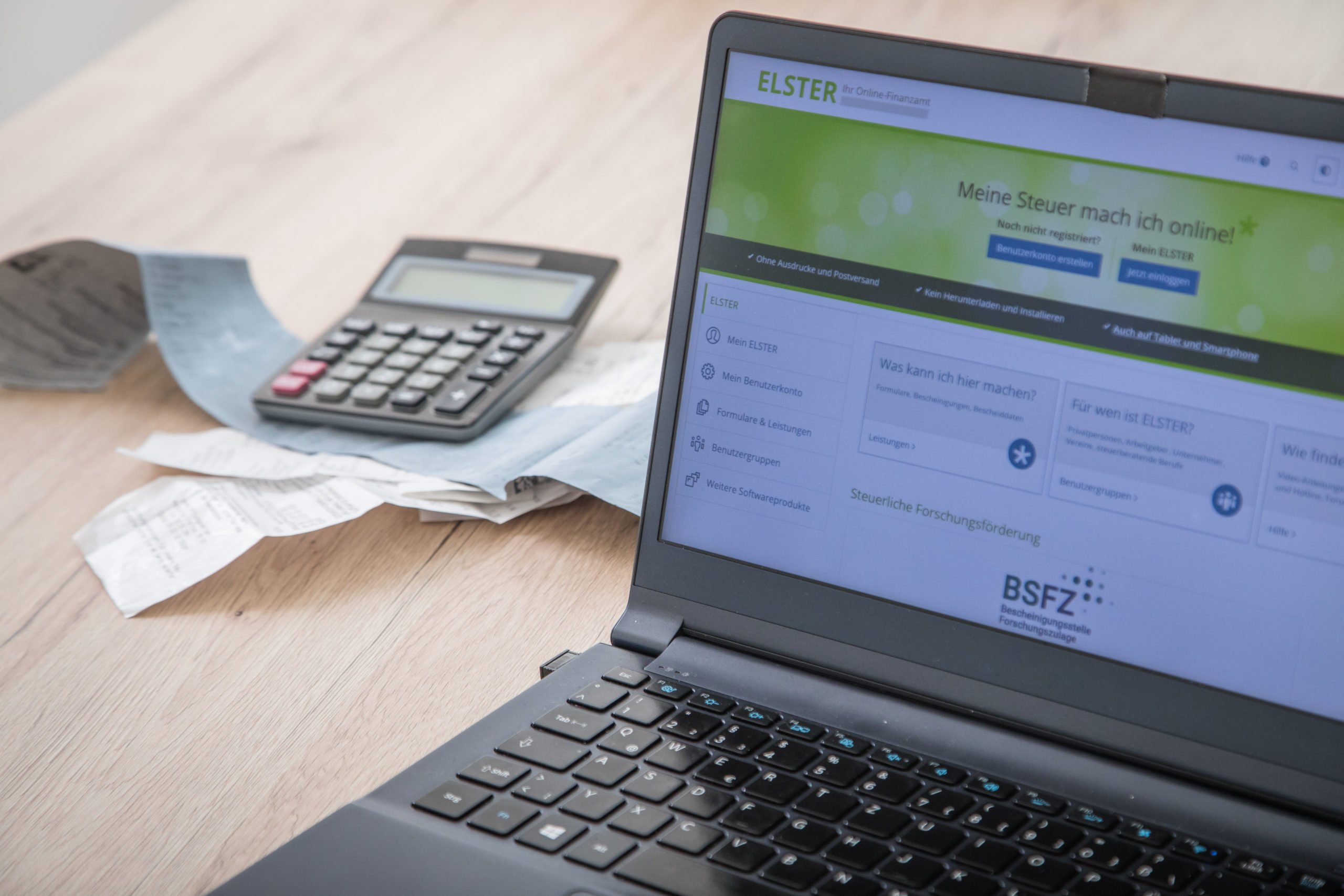 It will also be raising the tax-free amount that people can earn to €10,347 per year - an increase of €363 against the previous year. Starting in 2021, the tax office will write off €1,200 in "work-related expenses" automatically, without taxpayers having to show proof of these expenses.

People who worked from home during the pandemic will also be able to write off €5 per day to cover things like energy and electricity costs.

Business are also set to get some relief. They'll be able to fiddle with their financial statements to essentially offset their losses in 2020 against their profits in 2021. This means they won't have to pay as much tax as they ordinarily would.

READ ALSO: Why people in Germany have longer for their tax return this year