The parliament’s decision to strip Schröder of an office and paid staff follows a lengthy effort to get him to turn his back on President Vladimir Putin, which spiked after Russia invaded Ukraine.

EU lawmakers separately called in a non-binding resolution on the bloc to slap sanctions on Schroeder and other Europeans who refuse to give up lucrative board seats at Russian companies.

German media have put the annual cost of Schroeder’s office and employees paid for by taxpayers at around 400,000 euros ($421,000).

Schröder, Germany’s chancellor from 1998 to 2005, has been under fire for refusing to quit his posts with Russian energy giants Rosneft and Gazprom following Moscow’s war in Ukraine.

He condemned the invasion as unjustified but said that dialogue must continue with Moscow.

German Chancellor Olaf Scholz, who like Schröder is from the Social Democratic Party, has also repeatedly and publicly urged the former leader to give up his Russian jobs, but to no avail.

Schröder, 78, is chairman of the board of directors of Russian oil giant Rosneft, and also due to join the supervisory board of gas giant Gazprom in June.

The gas group is behind the controversial Nord Stream 2 pipeline from Russia, which has been halted by Scholz in one of the West’s first responses to the war in Ukraine.

Schröder himself signed off on the first Nord Stream in his final weeks in office.

In fact, he took a job with Gazprom as chairman of the shareholder’s committee at its subsidiary Nord Stream in 2005, just days after leaving office and parliament in 2005.

Schröder was born on April 7th, 1944 in Mossenberg, western Germany but lost his father in the war in Romania six months later.

Recalling his childhood, he said they “really didn’t have a cent — that is something that marks you for life.”

He joined the SPD at 19 and worked a variety of jobs to fund night classes to earn his high school diploma at age 22.

Schröder qualified as a lawyer before becoming a radical left-wing activist, only later developing a taste for cigars, bespoke Italian suits and Mercedes cars.

His rise through the official ranks began in 1990 when he became premier of the state of Lower Saxony at his second attempt, before taking Germany’s top job in a coalition with the Greens in 1998.

Germany was the “sick man of Europe” with high joblessness. Schröder is credited for his so-called Agenda 2010 reforms which restored the country’s economic competitiveness and turned it into an export giant. 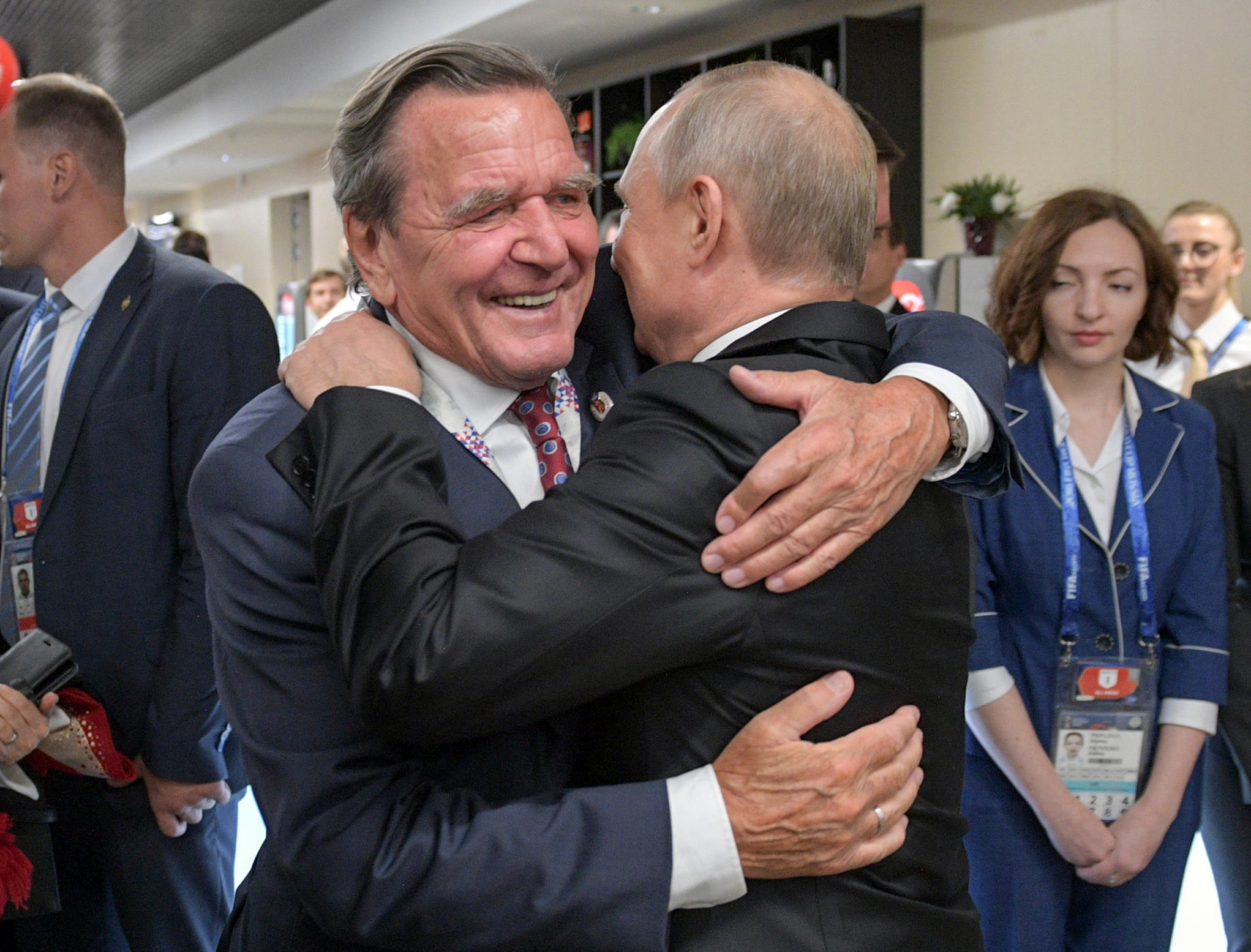 But many in his blue-collar party saw the painful cuts as a betrayal of their ideals, and reviled him for pushing through the plans that widened the country’s wealth gap and left it with millions of working poor.

He became the first postwar leader to back Germany’s economic muscle with military might when he deployed combat troops abroad for the first time since World War II: to Kosovo and Afghanistan.

However, despite pressure from US president George W. Bush, he declined to commit German troops to Iraq, causing a rift between Berlin and Washington.

The “bromance” with the Kremlin chief would mark his post-chancellorship years, as Putin made headlines as a prominent guest at Schroeder’s 70th birthday party.

When the Russian leader held his inauguration in 2018, Schröder was in the front row.

Asked in 2004 if Putin was a “flawless democrat”, Schröder said he was “convinced that he is”.