Party candidates in NRW answer questions from a TV presenter on May 15th, 2022, as the results come in. Photo: picture alliance/dpa | Fabian Strauch

The loss for the SPD in North Rhine-Westphalia is a big blow for Scholz, who has held the reins of Europe’s biggest economy for less than six months.

Results from the vote in Germany’s most populous state showed the SPD on around 26.7 percent, with the conservative CDU far out in front on around 35.7 percent.

The result are the SPD’s worst-ever showing in the state, a prosperous industrial hub that is home to some 13 million eligible voters and around a quarter of the population.

North Rhine-Westphalia, which houses major cities Cologne, Bonn, Düsseldorf, Essen and Dortmund, was an SPD stronghold during the 1980s and 1990s but had been ruled by the CDU since its last election in 2017.

Back then, the CDU under Armin Laschet triumphed with around 33 percent of the vote, while the SPD finished on 31.2 percent.

Laschet went on to replace Angela Merkel as the leader of the CDU before losing to Scholz in the race to become chancellor last year.

The CDU in North Rhine-Westphalia is now led by moderate Hendrik Wüst, 46, who said he believed his party was “quite clearly the strongest force” and had a mandate to form the next regional government.

Scholz had played a prominent role in the election campaign but his involvement appears to have done nothing to help SPD candidate Thomas Kutschaty, 53.

The Social Democrats were also roundly beaten in another regional election last week, in the small northern state of Schleswig-Holstein.

In North Rhine-Westphalia, the Green party received 18.2 percent of the vote — almost triple its score in the last regional vote in 2017, when it scored 6.4 percent.

The liberal FDP was on around five percent, a sharp drop on its performance on 2017 when it joined forces with the CDU to form the regional government.

At the federal level, Scholz’s party has formed a government with the Greens and the FDP after winning last September’s general election.

The Greens have been perceived as stronger than the SPD in their response to the war in Ukraine, with Vice-Chancellor Robert Habeck and Foreign Minister Annalena Baerbock now Germany’s most popular politicians.

Regional Green party candidate Mona Neubaur saw the local result as a vote of confidence in her party’s performance at the federal level, crediting its leaders with “clarity and purpose in times of crisis”.

To add to the SPD’s woes, Defence Minister Christine Lambrecht is currently caught up in a storm of criticism for allowing her son to accompany her on a government helicopter on their way to a family vacation.

“The stakes in this election are high,” said Der Spiegel magazine ahead of the vote, pointing out that “whoever governs here automatically has a say at the federal level”. 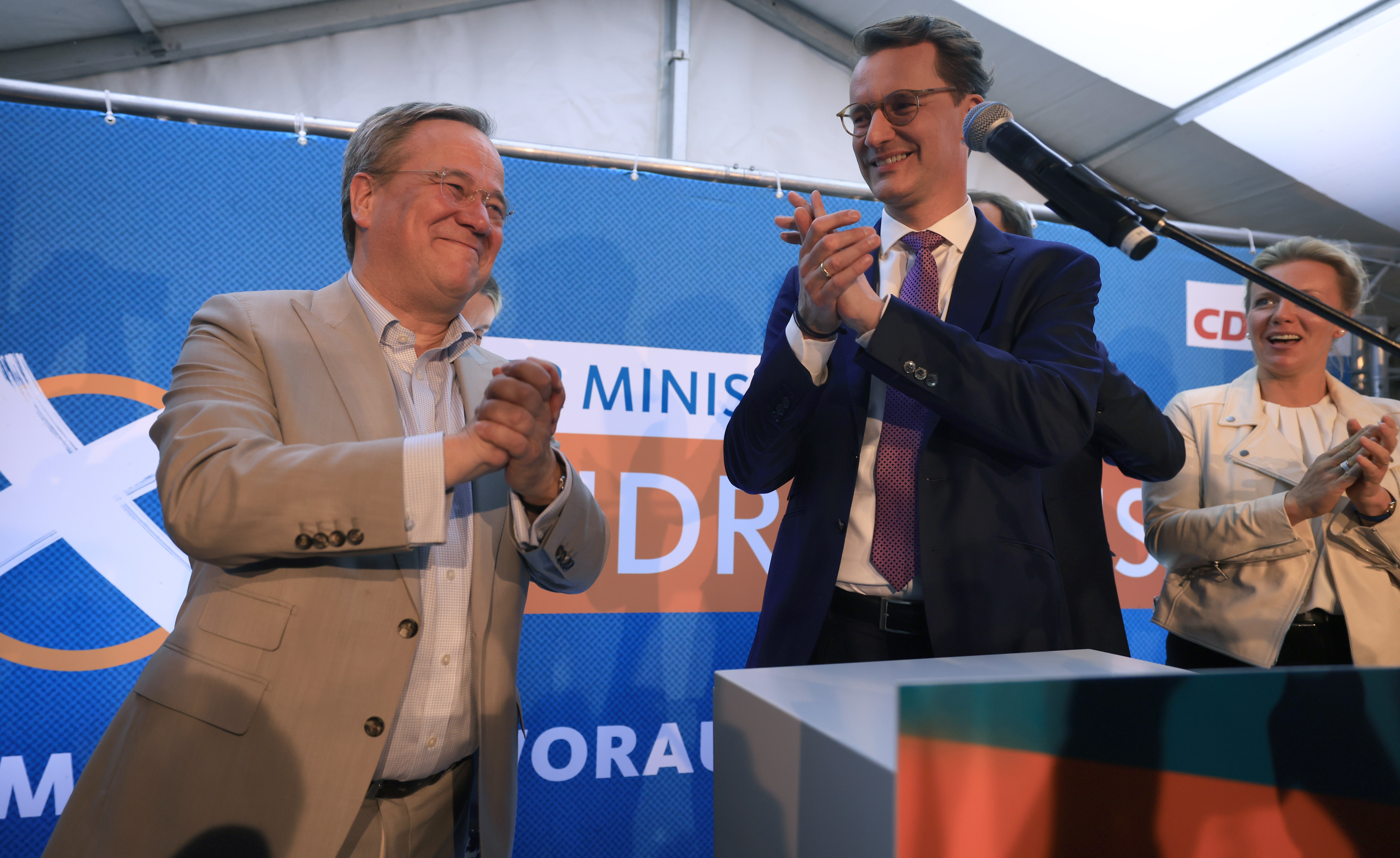 ‘The CDU is back’

Scholz, by contrast, has seen his ratings slide during the war in Ukraine, with critics accusing him of hesitancy to provide heavy weapons to help Kyiv resist Russia’s invasion.

SPD general secretary Kevin Kühnert said his party would seek talks with the Greens to build a coalition, similar to the one at the federal level.

But given the scale of the SPD’s defeat, it seems unlikely it will be able to claim leadership of the region.

The SPD is “the big loser” in the election, said former CDU health minister Jens Spahn, and no party could claim a mandate to govern after such a “historically bad result”.

The victory will be seen as an important boost for the CDU, relegated to the opposition in last year’s election after 16 years in power under Merkel and now led by veteran right-winger Friedrich Merz.

“The CDU is back,” Merz said on Sunday, hailing an “outstanding” result for Wüst but also a “test of the mood” at the national level.