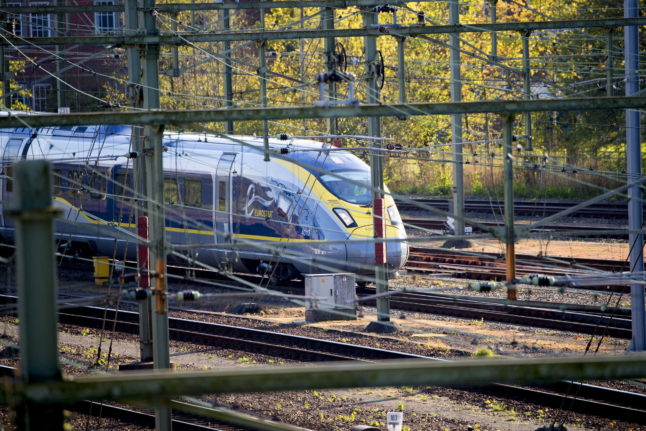 A handful of media outlets, including the UK’s Daily Mail, have been reporting that train routes between the UK and mainland Europe could be about to get a little bit simpler.

For the first time ever, rail passengers may be able to take a direct train from London to several cities in western Germany, including Cologne, Düsseldorf, Dortmund and Aachen, Connexion France reported on Tuesday.

The train route would be an extension of existing Eurostar routes that currently run from London to Brussels, Paris, Lille, Amsterdam and Rotterdam, the French news site explained.

They added that the direct train to Cologne would take around five and a half hours.

If the reports are true, it would be the first direct train from the UK to Germany in the history of Eurostar.

At the moment, passengers travelling between London and Germany by train generally have to change in Brussels from a Eurostar to an ICE train. People going anywhere other than western Germany would have to change trains again – usually once they reach Cologne.

Despite the optimism of Connexion France and the Daily Mail, it doesn’t seem like anything like this has been officially announced just yet.

However, there has been one significant change that could make these new routes possible.

Previously, different stretches of the railway network between London and Germany were operated by two different rail operators.

Eurostar connects the UK to Paris, Brussels and Amsterdam via the Channel Tunnel, while French operator Thalys runs a number of routes between France, the Netherlands, Germany and Belgium. This made it difficult to run a direct train between the two.

Since 2019, however, the two companies have been attempting to merge into a single company called Eurostar Group.

The merger was pushed back amid the pandemic but was finally granted approval from the European Commission back in March, who found that it wasn’t in breach of its competition laws.

France’s state-owned operator SNCF held majority stakes in both Eurostar and Thalys and is now in the process of merging the two entities.

What’s likely to change after the merger?

According to a spokesperson for Eurostar, the first item on the agenda is a joint loyalty programme. This means customers can “benefit from more upgrades, discounts and complimentary journeys with early access to partner offers as well as lounges and other personalised benefits”.

Another benefit is likely to be improved ticketing and scheduling across the network.

There’s also speculation around whether we could see a whole host of new Eurostar routes, including direct trains from London to Cologne, Bordeaux, and to Belgian cities such as Antwerp and Liège.

However, a spokesperson for Eurostar told Connexion France that it was “too early” to confirm any dates for new routes. 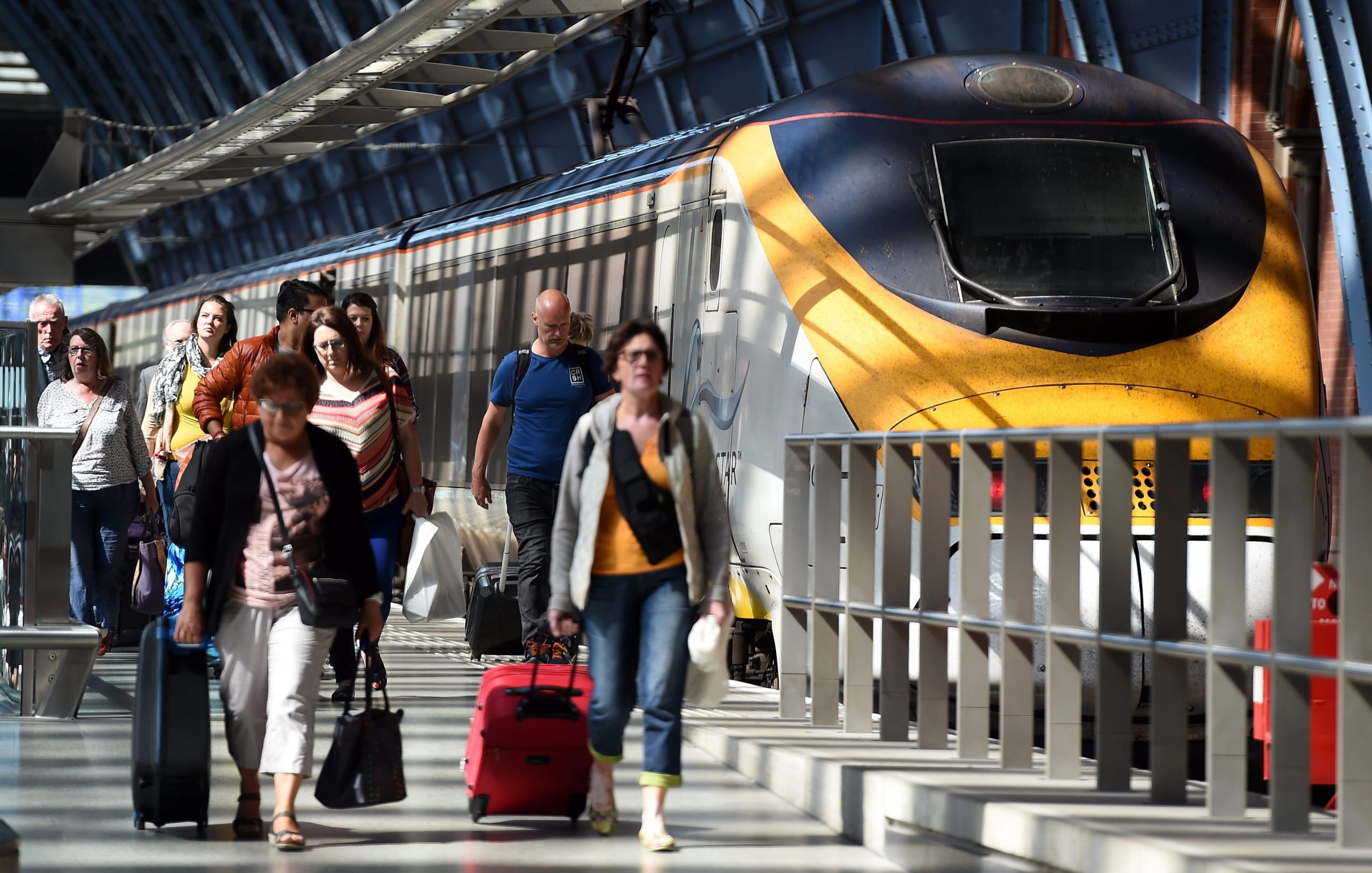 On a broader scale, the companies are hoping the introduction of faster, smoother train journeys across Europe will encourage customers to transition away from cheap air travel to a more eco-friendly option.

“The challenge of climate change and the demand for eco-responsible travel calls for an ambitious response,” said Guillaume Pepy, chairman of SNCF. “Bringing together the strengths of Eurostar and Thalys [is] a powerful response to this challenge. High speed is an opportunity for Europe, and Europe is an opportunity for high speed.”

Under the moniker of Project Green Speed, one of the goals of the merger is for the Eurostar Group to increase its passenger numbers to 30 million per year by 2032 – up from 18 million in 2019.

It’s a good question, and something that the Eurostar Group would no doubt have to consider when changing routes around.

At the moment, passport checks for Eurostar are done at the point of departure, for example at St. Pancras in London or at Gare du Nord in Paris. That means there’d be no issues with controls when heading from the UK to Germany, but there could be issues on a return journey.

Writing about the merger and possible new train routes, the UK’s Daily Mail speculated that people may have to leave the train at Brussels to pass through border controls if a direct route were set up from Germany to the UK.

Another option, of course, is to set up border controls at Cologne’s central train station and check passports there upon departure to the UK.

When could the new routes be in action?

It’s still unclear whether the direct UK to Germany route is even a definite plan for the newly merged company, but if it does happen, it’s likely to take some time.

A spokesperson to SNCF, the parent company of Eurostar Group, said that the initial priority for the company would be increasing the number of services on the busiest lines across Europe.

“Eurostar Group and the stakeholders are thinking of increasing the capacities and answer to customer demand, where Thalys and Eurostar are already present,” she said. “At the end, we will study the possibility of launching new routes. But nothing is decided for the moment.”

It seems that things like the joint loyalty programme, ticketing and scheduling issues are priorities for Eurostar Group in the early months.

But fr now, it seems like it’s yet another case of “wait and see”.

Travelling across Europe by train is quickly becoming the preferred mode of transport for many people – mostly due to environmental concerns.

For others though, making the switch from cars or planes to trains is not so simple.

With planes, there are well-known websites like Skyscanner and Expedia, which makes it easy to find cheap flights. As well good connections across the continent from most major airports.

Then there is the convenience of travelling by car, which can be hard to beat – especially for those living in more rural areas.

So what are the options for trains? Are there websites like Skyscanner but for train travel? And where can you find cheap tickets or the best routes?

Here are the websites you need to know when planning a trip across Europe by train.

The Seat 61 website provides tips on how to travel comfortably and affordably by train, while aiming to help visitors to rediscover the “pleasure, romance  and adventure of the journey”.

It includes an introduction to train travel in Europe, as well as an extensive search feature to find trains by starting location.

For example, The Local searched for trains from Salzburg to Italy and found routes to Venice, Milan, Florence, Rome and Naples, including on Nightjet sleeper trains.

The guide then describes the features of the Nightjet service, such as air conditioning, showers and room service – all useful information for any newbies starting out with train travel.

Seat 61 is run by Mark Smith, a train enthusiast and former manager at the UK Department of Transport.

READ MORE: Discover Austria: 19 ways to make the most of autumn this year

The Trainline is an international platform focused on train travel. The company is based in the UK but has extensive coverage of train travel in 45 countries across Europe.

The aim of the Trainline is find to the cheapest tickets for a selected route. Most of the time, this means booking in advance.

The site also highlights some great offers, such as €7 tickets between Barcelona and Madrid, and Paris to Amsterdam from €20.

As an added bonus, the search function on the Trainline is very user-friendly and allows people to search by location, as well as add extras such as railcards or return tickets.

The Trainline can be accessed via the website or app.

Rail Europe is a leading distributor of European train tickets. The website covers 25,000 destinations and 11,000 routes across the continent.

The search function on Rail Europe works in a similar way to other websites and users can view tickets by destination to get the best price. It’s also possible to purchase railcards direct from Rail Europe.

Additionally, the site includes a useful overview of the latest ticket releases and sales, such as special offers on journeys between Paris and Geneva.

Users can pay for tickets in Euros, Sterling or Dollar (US, Canada and Australia) on the website or the app.

Rail Europe is headquartered in Paris but was founded in New York in 1932.

The Interrail Pass is a railcard that is available for residents in Europe. For people that live outside of Europe, they can purchase the Eurail Pass.

The passes are aimed at backpackers, or anyone spending time travelling across Europe.

The Interrail website has details about the different passes on offer under the umbrella of Interrail, like the Global Pass, One Country Pass and the German Rail Pass.

Whereas the Global Pass starts at €251 for seven days of train travel in one month, but goes up to €677 for a three month unlimited travel ticket.

Interrail or Eurail Pass holders can buy tickets and make reservations via the desktop website or the Rail Planner app.

Omio is a travel platform where you can book train, bus and flight tickets. It has a free app to download or users can search and book on the website.

The Omio site has a dedicated section just for train travel. It even highlights 28 routes in Europe that are faster by train than plane – as well as the amount of carbon dioxide saved on the trip.

Examples are London to Brussels, which takes just two hours, or Frankfurt to Cologne in one hour.

There is also a handy FAQ section with information about booking train tickets in Europe, baggage conditions and travelling with pets.

At the time of writing, The Local found a ticket from Zurich to Vienna on Omio for €60 (when searching for dates two months in advance).

Do you have other suggestions for websites we should add to this list? Let us know in the comments section below or email [email protected]